All the WWDC 16 News You Need to Know 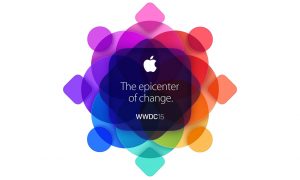 Apple isn’t launching any new hardware, but the company may finally be ready to play well with others. That was the overarching theme of the Apple Worldwide Developers Conference (WWDC) 2016, the annual event that gives developers a sneak peek at the next big things coming out of Apple. Those hoping for a glimpse at a new MacBook Pro, iPad, or iPhone were left wanting, but the intuitive tech leader announced enhancements to nearly all of their operating systems and revealed plans to open their products up to third-party developers.

Perhaps the best news for those who use multiple Apple devices is the announcement that, come this fall, Siri will be available on your Mac as well as your iPhone — and she’ll be more helpful than ever. Apple revealed that Siri is one of the services that will be open to developers, which means that more apps will be able to interface with the digital assistant.

In addition to searching the Internet for information you need, Siri will be able to call you a ride and weigh in on world events like the hotly contested presidential election. Siri already works with a few apps, but look for her to start making friends with the likes of Uber, Pinterest, Slack, and others. This means that you’ll now have voice control over more devices and apps than ever.

As Facebook updates Messenger on what seems like a daily basis, it’s nice to see Apple make its play to catch up. Although it’s disappointing that this feature won’t be third-party friendly — and there’s still no interface with Android — the upcoming modifications are a welcome and long overdue change.

Look for the inclusion of rich links that let you play videos and music without having to open another app. Emojis are getting a facelift, with bigger sizes and automated prompts to turn almost any word — whether it be pizza, love, or sunshine — into an emoji as you type. You’ll also be able to add effects to the text, like invisible ink that obscures your message until the recipient swipes it open. Last but not least, there will be a new app drawer that lets users order food or send money right from iMessage.

There is no shortage of TV apps and services to choose from, so it’s smart of Apple to upgrade its clunky tvOS — its new Apple TV Remote app makes it more user friendly. The app will function just like the current Apple TV remote by letting you use Siri for voice command, the touchscreen for navigation, and built-in sensors for gaming.

Perhaps the most celebrated announcement is a single sign-on system that lets you log into all the service’s apps at once. Gone are the days of signing in to one app after another just to watch your favorite shows. Apple is also improving communication between its devices — if you download a channel’s app on your phone, it will automatically show up on your tvOS.

Two of Apple’s most pervasive tools have been given complete redesigns. Both Music and Maps will be more user friendly, easier to navigate, and more interactive. Music is going to be much cleaner and will finally have a tab for all of your downloaded songs. In addition, you’ll get new playlist suggestions every day in the “For You” section. Music may finally be able to compete with Spotify.

Maps — which has long been plagued with issues — got a makeover that offers a larger view of the map and the ability to swipe to change your perspective during navigation. One of the most exciting changes is that Maps will be open to third-party developers, which means you will be able to search for dinner reservations while on the move from Point A to Point B.

In one of the most anticipated announcements ever, Apple finally released a way for you to delete its standard apps that you never use but won’t go away. Things like Stocks and Compass can now be permanently removed from your device.

You can even toss Music and FaceTime to the curb if you want. If you feel the urge to give them another try later, all you need to do is download them again from the App Store. There are a few apps that are still not removable, like iMessage and Safari, but most of the unwanted and unused Apple apps that crowd up your screen can now be sent packing for good.

The Worst of WWDC 16

There wasn’t a lot to complain about in Apple’s latest reveal, but there are sure to be technophiles disappointed in the lack of new hardware to splurge on and drool over. Rumors of a possible new MacBook Pro with touch interface and an Android integration for iMessages both turned out to be nothing more than wishful thinking.

While these may have not been the most earth-shattering Apple announcements, they are much-needed upgrades and improvements that will make using your “old” Apple devices simple, efficient, and fun.