Break Out From The Comfort Zone | Networking For Designers 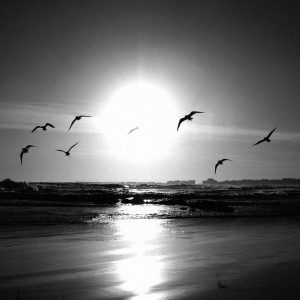 Most designers, at least the ones I know, hate to network and rarely do it. The key to networking in the tech world is you do not need to be the best in the world, you just need to be passionate, willing to learn and in a lot of cases be the best designer or developer that people know.

Reach out to people you want to meet

If you looking for employment at a company or just wanting to expand your connections, don’t be afraid to email or tweet someone and see if they want to go for a coffee or a beer. Once you meet with them don’t be afraid to ask what they look for in a designer and what it would take for you to work with them. If you are just there to network, ask about what they do, what they are passionate about and their pain points. I have done this a few times, mainly just through Twitter, I just ask someone if they want to grab and beer and chat. Usually, we have exchanged a few messages and/or know someone in common. A couple of these people have offered me freelance work, or referred me to others for job leads.

Apply for jobs you want

Don’t be afraid to apply for something you want even if you don’t have a lot of experience. This does not sound like traditional networking but by interviewing, you are making new connections and are able to showcase your abilities. You never know when a company will need your skillset, even if they contact you months or years later.  It is also good interview practice. My philosophy is I will talk to any potential client, company or recruiter, even if it is just 15 min. If you can show that you have passion, a lot of companies will overlook years of experience and take a chance on you, even if they start you off doing something small or entry level. If something does not work out right away, keep trying, this is not failing if nothing happens right away. I have applied at Google 1000 times, never heard back, but I used social media to finally get a call from them about a decade later. We will talk about this next.

Social media is a great networking tool, add people wherever you can. And if it asks for their email address try to find it on their site or blog. Did you know that the Linkedin mobile app allows you to add anyone without knowing their email? You will be surprised how many people add you back; I have made a lot of good connections this way. I added a few recruiters and employees at Google and then all of a sudden the recruiters at Google started to email me asking if I wanted to work at Google.

Adding people or usergroups on Twitter is also a great way to network. That is how I got to write for this site, I added another writer on Twitter, we exchanged emails, I asked about this site and she passed me along to the editor. You can also try and comment on other people’s blog posts, but make sure you don’t comment anonymously. If you comment often and people like what you are saying, they will likely check you out on some social media or even your website.

Write to designers you look up to and ask for feedback, you will be surprised at how many people will write you back. I reached out to one of my design heroes at Google and I never thought that he would write back. Sure enough, about a week later, he wrote back to me. It was not a canned response either, it was an email that took him at least 20 minutes, he went through my portfolio and provided valued feedback on a per project basis on what to show and not show, if I wanted to work at Google. I was pretty blown away. Since then, him and I have exchanged a couple of emails.

Start a side project

I recommend starting a side project with a developer who has the same interests as you, whether it be for a charity or creating your own app. It’s a great way to showcase your work at usergroups and online. You do not need to spend a ton of time on this, look at the recently popular “Yo” app, the creator only spent 8 hours on it. That app got tons of publicity and raised a million dollars. The app then had a marketing campaign deal to give away the new Moto 360 Android Wear watch to a few lucky winners. The campaign got botched when they told too many people they won when they went to claim their prize. This is unfortunate, but it shows what can happen with a simple idea.

I did not feel comfortable going to the typical events, and although I thought the presentations were good I just couldn’t apply it to my day-to-day work. That’s when a friend and I decided to start a casual monthly beer night at a local bar. We put the invitation out there via social media and it started with about 5 to 10 people and we now get anywhere from 15 to 25 people a month. We allow people to talk about anything, just like if you were hanging out with friends. Recently, we have had business owners, recruiters and marketing managers come out as well, they usually sponsor the night and provide a round of drinks and some appetizers. This group has helped a lot of people get into the industry or find a new job. I currently work with 3 other people that I met at this event.

It blows me away that so many designers do not have a portfolio, and a splash page saying ‘coming soon’ is not a portfolio.  All you need is a minimum of 3 to 5 projects, even if a few of the designs are personal projects, you always need to be showcasing your work. There are many free and paid websites to post your work. A couple popular free ones are behance.net and dribbble.com. Did you know that on your LinkedIn profile you can post images and links to your profile?

If you go to events with someone who is good at networking they can introduce you to who they know and it will also be easier to get into a conversation. If you stick by them most of the night you will meet a lot of people. Next time you go to the same event, it will be a lot easier, since you will already know some people there. Once you keep going to these events, you will get invited to go to others. After you do this to a couple of events, you will likely become the good networker and you can bring others along.

Hopefully these give you a few more ways to try and meet new people!