“Built In L.A.” the New Online Community for Startups

There is a plethora of tech innovation going on in Los Angeles right now, and not only in Silicon Beach — but all over from downtown to the valleys to everywhere in between.  New entrepreneurs are setting up shop and the city is encouraging tech development with exciting initiatives. Keeping track of all the new companies, funding, networking and events going on across town is challenging. Which is why some senior tech leaders (that include Tony Pritzker, Howard Marks and Josh Berman) banded together to bring the community online through a new site called Built In L.A. that has quietly soft launched this January.

Built In L.A. (BILA) is an online community for digital tech entrepreneurs and innovators. Its mission is to connect, educate and promote online innovators that are coming out of L.A.’s own backyard into one central online hub, rich with all the resources and information that L.A. has to offer startups. 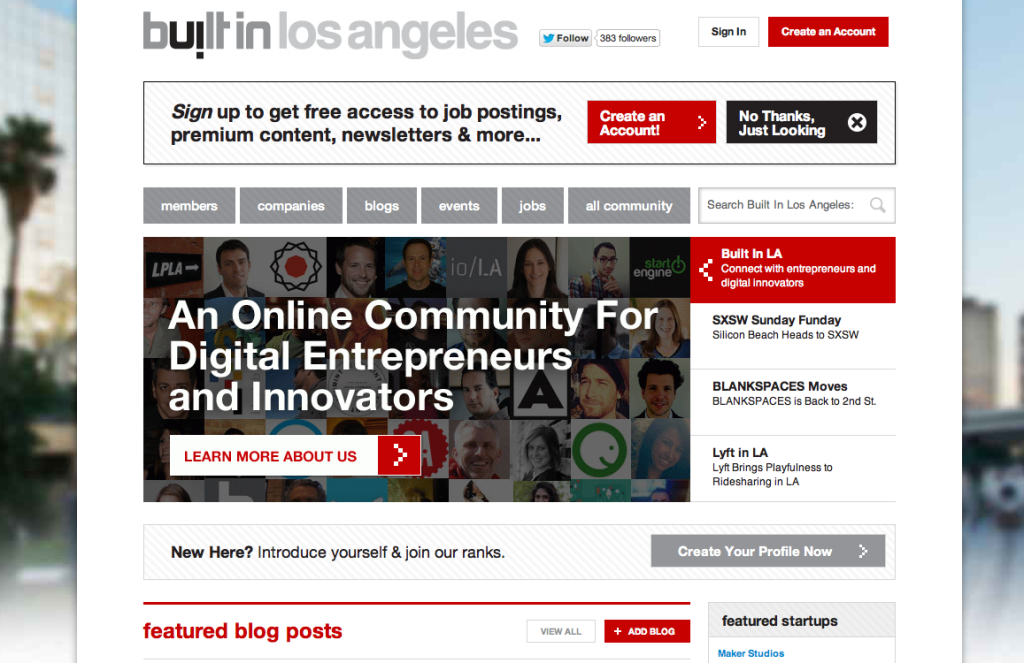 One the key features of BILA is the online directory of companies. Currently, it has been difficult to track the all the new startup activity, find out how large or small the team is and if they are funded or not. This directory is a living historical record of all companies that have launched out of L.A., received funding, been acquired or exited.

“To me it is interesting to find out who is raising what. And you know, there companies I have never heard of that did a $7 million dollar round I would have never known about if it wasn’t for Built In L.A.,” said Josh Berman, the CEO of Beachmint and member of Built In L.A.’s advisory board.

“There have been some great companies that have been developed out of L.A. from PriceGrabber, LowerMyBills, Shopzilla to Myspace and some great exits without much community around it,” said Berman. “To me Built In L.A. gets to that sense of community.”

The BILA team takes pride in conducting extensive research to prepopulate the directory with company information, with the goal that eventually companies will come and claim their profile and fill in the blanks with the latest up to date info. It is all part of the strategy to build the site slowly with the most impact.

Maria Katris, the CEO of Built In believes the directory will be an invaluable research resource for the community. Katris said, “We are in the process of redesigning the pages so you will be able to filter on things like funded companies, recently launched companies, people who are hiring and others.

Through data mining local company info, BILA will begin to produce comprehensive free data reports that track the most inclusive data for web and mobile startups based in Los Angeles. These reports will be published quarterly and annually.

Along with the startup directory and in-depth data reports BILA offers a job board and event calendar and will have a blog area for members to make announcements to the community and share news. Katris said, “We encourage the community to come to the site and to post their announcements. You might get everything from ‘my startup raised money’ to ‘I got into an accelerator’ to ‘I didn’t get into an accelerator, but here is what I learned.’ It is very much a sharing, learning, promoting platform for the community.” 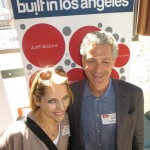 Katris hopes that what can happen is that BILA will be come embedded into the L.A. tech culture. She said, “A company can launch and announce it, because now they have a platform that allows them to do that. They immediately have access to beta testers, investors, mentors, incubators and accelerators that can keep on eye out for them on a peer sharing platform.”

Serial entrepreneur, co-founder of StartEngine, and BILA board member Howard Marks said, “I am very excited by about it. L.A. is destined to be a top technology city. What creates a top technology city is entrepreneurs, investors, mentors, and service providers all working together to elevate the game and make it a big success. Built In L.A. in an online version of that community and it makes it easy for new entrants to get acclimated and understand what is going on, and helps the existing members stay current and communicate with each other.”

Built In L.A. is built by entrepreneurs for entrepreneurs and is supported by some of the most prestigious players in the city. Now you know and can go sign up and strut your stuff with the big boys.