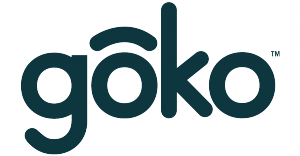 Goko, a new HTML5 games company based in Redwood City California is set to help game developers easily distribute and monetize social games. Goko was founded by Ted Griggs as CEO and Kevin Binkley as CTO.

Goko is backed by Redpoint Ventures and Aslop Louie Partners from whom it raised raised $8m in Series A funding.

According to the launch statement last week, Goko has licenses for 150 games, Mayfair Games, Rio Grande Games and Reiner Knizia’s Forbidden City, War Factory and All the King’s Men.

Goko wants to work with developers to across the world to reinvent the popular HTML board and card games. It has an SDK for developers to create, distribute and monetize HTML5 social games across iOS, Android, Facebook, Google+ and Windows 8 and the web.

Goko CEO Ted Griggs said that for long it was only big game companies that had tools for creating and launching social games but Goko was ending that.

He said,“Today we’re starting to release new games across Facebook, Google+, and Goko.com, Windows Store, Android and iOS. And we’re also turning all of the tools and services that we’ve created over to developers so that they are empowered to do the same thing.”

The Goko platform allows games to be built and distributed by developers either on their own or partnering with Goko due to its many licenses. It has an SDK giving developers the tools to launch and monetize engaging social games across many social platforms. The Goko platform has player authentication, leaderboards and achievements, game hosting and testing, virtual goods and virtual stores, and payments.