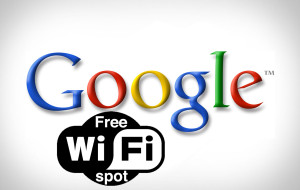 New York City residents especially those in southwest Chelsea have a reason to smile due to a partnership that will see them get free WiFi.

Designed and installed by Sky-Packets, the free WiFi is currently available between Gansevoort St. and 19 St. from 8th Ave to the West Side Highway and  the neighborhood’s public spaces such as the Chelsea Triangle, 14th Street Park, and Gansevoort Plaza.  The network will cover all of the outdoor areas of the Fulton Houses, a property owned and managed by the New York City Housing Authority, as well as several of the local public schools.

According to Ben Fried, Chief Information Officer for Google.“Google is proud to provide free WiFi in the neighborhood we have called home for over 6 years. This network will not only be a resource for the 2000+ residents of the Fulton Houses, it will also serve the 5,000+ student population of Chelsea as well as the hundreds of workers, retail customers and tourists who visit our neighborhood every day.”

Google has more than 3000 employees in its Chelsea headquarters at 111 Eighth Ave who will also benefit directly from the service as some of them stay in the neighborhood. However, the service is to the students and Fulton House residents a great asset as they seek for jobs or study or do their businesses. The free WiFi will also help the booming Silicon Alley, NYC’s startup scene.

According to Mayor Bloomberg, “New York is determined to become the world’s leading digital city, and universal access to high-speed Internet is one the core building blocks of that vision. Thanks to Google, free WiFi across this part of Chelsea for those who usually can’t connect to wifi takes us another step closer to that goal.”

Dan Biederman, President of the Chelsea Improvement Company was also pleased, he said, “We are excited to partner with Google in creating an important digital amenity in New York City and giving thousands of New Yorkers free Internet access.”

Near home, resident of Mountain View in Santa Clara County, in the San Francisco Bay Area have not been left out either.

Google WiFi is also available in the Mountain View city where its offices are headquartered.

The search engine giant says, “This a free wireless Internet service we’re offering to the city of Mountain View as part of our ongoing efforts to reach out to our hometown.”

Anyone with a WiFi-enabled device and a Google Account, can now go online for free, the network name is ‘GoogleWiFi’.

And you don’t have to worry if it goes down. Don’t call  Larry Page. Google has created a user support messaging service in case there is a network issue. Google doesn’t want to promise it will answer each call individually, but they encourage users to leave a message at 650-450-8491.

Users can also join  the WiFi-Help-Discussion in Google Groups and monitored by the project team with up to date announcements about the network.

For those who may fail and have difficulties connecting to the public Wi-Fi, the team advises them to maximize the radio frequency signals by checking for its strength from their hardware’s wireless device.