Today attention spans flicker in and out of focus every other second, so to maintain a captive audience is a huge feat.  Video creators who take their YouTube business seriously have millions of viewers who tune in every week to engage with a new 3-ish minute webisode. Doesn’t matter if a content creator can barely afford to pay rent, most will choose not to “sell out” in order to stay loyal to their fans. They understand without their fans, they are nothing.  “People are doing it for the love, not to make money,”  says Larry Shapiro, Head of Talent at Full Screen.

The 100,000 subscriber level is the tipping point for a YouTube channel to have accelerated growth. In the beginning YouTuber Olga Kay was extremely proactive about trying to figure out the YouTube game, leveraging credit cards to attend as many meetups, conferences and events related to YouTube around the country.  This is how she met future YouTube megastars Shay Carl, SxePhil and CTFxC‎.  SxePhil was the only one with a big audience at the time.  Everyone else just had a few thousand subscribers. As each channel grew they all grew together.  When SxePhil would promote her in one of his videos she got 5,000 subscribers overnight. She says, “Make videos with people who are on your level and grow together” rather than trying to get noticed by one of the bigger stars. 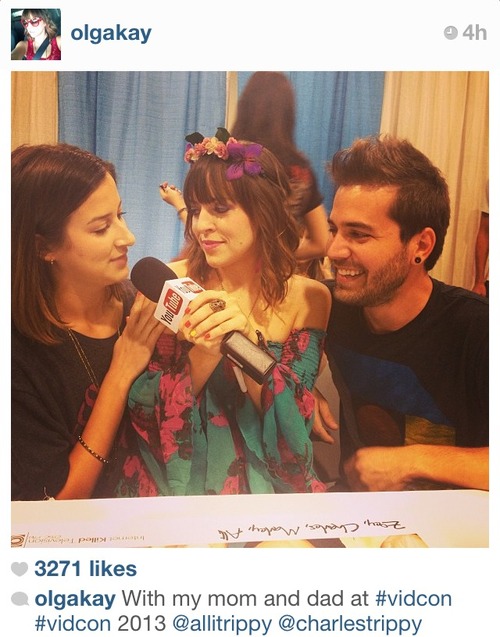 VidCon on the west coast and Playlist on the east coast are the ‘go to’ conferences for people who want to be well connected and immersed in the YouTube culture. Attending these two content creator magnets will maximize efforts growing a YouTube channel.

Jeffrey Harmon, CMO of Orapup, a company that primarily uses YouTube to market their brand, says to grow a YouTube channel distribution is key. Distribution means forming joint partnerships with existing channels that have an established fanbase, having an email list of tons of people to drive viewership to your videos, or paying for YouTube’s google adwords campaigns.

For more tips from Harmon on how to market your video click here.

Olga Kay says influence is key, subscriber count isn’t.  Someone could have a million subscribers, but very few will actually interact with the channel and share that channel’s videos.  You want an audience who engages.  This is true for all social platforms like Twitter and Facebook. It’s always been about reactive actions, not the passerbys.

Max Weisz, aka Max No Sleeves, used to work in commercial real estate and is now a full time YouTuber.  He creates a new video every Tuesday. He says that what separates someone who takes their channel seriously from someone who doesn’t is having a schedule and sticking to it. It could be a weekly series, a video game launch, a specific day of week or every day. Weisz says, “The people who watch my channel are my friends. I just happen to live in their computer, but I am going to be there every Tuesday no matter what and they can rely on me.”

He no longer has a boss or coworker to watch over him, so success is all up to him to figure out. He follows a strict set of rules to succeed; maintain a schedule, consistently engage with the audience, keep edits fast paced, be comical. The theme of his channel is comedy and he says it’s key to stay consistent because it’s easy for a creator to break up and do something else, but people want to know what to expect.

“You can’t just bang out a video and have the rest of the time to yourself. Your brain is always working.” Twitter and Instagram is now his job so if he’s out having a great time with his friends he stops and posts about it because his fans want to see what he’s up to.  He says the best part is connecting with the audience. “Selfishly it’s great because I have a bunch of new friends, internet friends (and they know) they’re not alone, someone out there is your friend and thinks you’re cool.” He continued to say, “All I’m doing is being me and it makes other people happy. What kind of asshole would I be if I wasn’t ready to hug literally everyone that comes up to me at all times.”

There are tons of social platforms and he does his best to be on as many as possible because there are people who only do one social network; maybe only twitter, only tumblr, only chive, only facebook or only buzzfeed.   He reads all the comments and replies and tries to touch as many people as he can.

One of his favorite things about making videos is the editing process. He uses Final Cut Pro. Sometimes editing is a breeze when he knows what he’s doing and other times he gets a lot of stuff on camera and figures out the video sequence during the editing process. One time he shot a video that was intended to be for ‘man tips’ and it ended up being a country song. “If you let it flow in the editing it could be a lot of fun…the advantage of doing everything at home is that if you miss anything you can quickly shoot it and run back to the computer.”

If you’re new to all this, question is, what video content should you create? Kay suggests create a simple idea that is easy to implement that you’re passionate about. Finn from JacksGap, a channel that grew to almost 3 million subscribers in just two years, echoed this sentiment about passion saying, “Start a YouTube channel because you want to create awesome content, not for views and money… be yourself.” 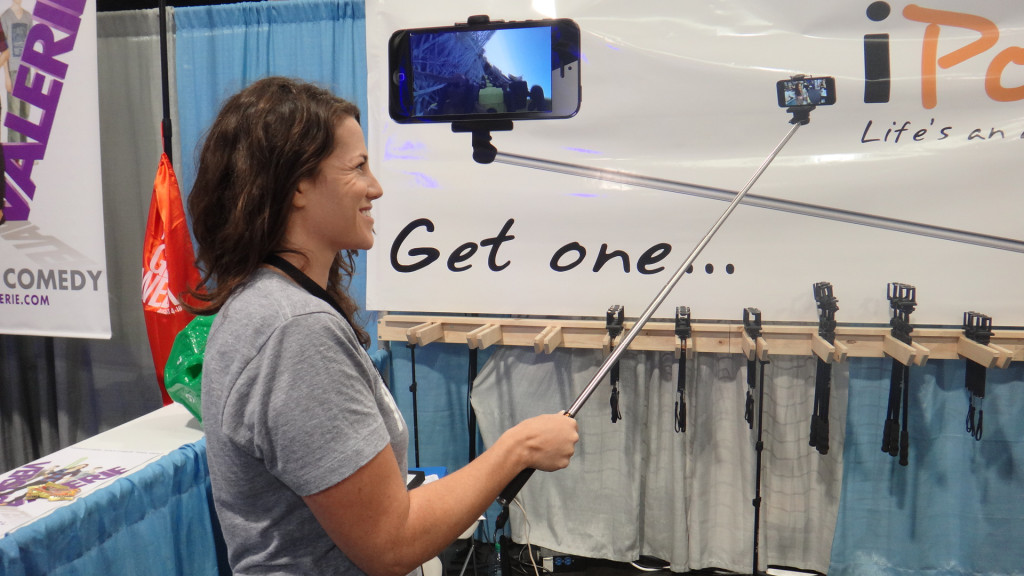 One “simple” idea is to grab an iPole and attach your iPhone or camera to it so it looks like you have a professional cameraman shooting you. Here’s an example to the right –>

Most of the well known names in the industry have been creating videos since YouTube first launched in 2006.  Their passion for creating gave them the fuel they needed to ride the choppy waves through years of a mere 1000 followers. They believed the platform would grow and they were in it for the long haul. They were right.  As YouTube grew, so did their fan following and so will yours as long as you make videos because you absolutely love it and cater to your audience.

Analytics tool, Tubularlabs.com – to know your uberfans and who is the most engaged

YouTube research tool, VidStatsx.com – look at 30 day view to see who is on the rise