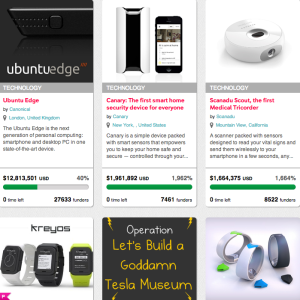 IndieGoGo and other crowdfunding sites have been on the rise on becoming the new medium to gain capital for businesses and projects.  Many new startups and small businesses are shooting to crowdfund their campaign.  But some larger companies, such as Canonical, came to the crowdfunding community to help them fund projects like the Ubuntu Edge.  Even if Canonical did not reach its goal, the campaign has given other larger companies to look into crowdfunding other future projects.  Kate Drane, hardware category lead at IndieGoGo joins us and talks about IndieGoGo and crowdfunding.

Do you believe in crowdfunding over the traditional ways of investing?

Kate Drane:  It is not about who prefers crowdfunding over investing and vice versa.  But crowdfunding is definitely changing the financial and fundraising landscape.  How I got involved with IndieGoGo in the first place was I have a small business called the “Can Band”, which is a mobile beer canning service for breweries.  I started my company with four of my friends and all of us are first time business owners and entrepreneurs.  One of the hardest times we had was getting access to capital.  To help us with our financial needs, we looked towards crowdfunding, or more specifically, IndieGoGo.

What IndieGoGo allowed us to do was start a campaign on October 2011 and we had a goal set at $10,000.  We raised $4,000 out of the $10,000 goal.  The goal may not have been reached, but we still saw that as a success because we learned so much.  Our business got to connect with our audience and we were able to elevate our brand voice.  Our largest investor found us through IndieGoGo and she became one our best advisers.  We would never have the opportunity to do all this if it wasn’t for IndieGoGo.  I have seen what crowdfunding can do and launch my small business first-hand.  There are probably tens of thousands of these kinds of stories all strewn out the crowdfunding landscape.

Would you see startups and small businesses lean towards more into crowdfunding?

KD:  I would definitely see more startups using crowdfunding to get the business up on the mound.  Across the industry, the nature of crowdfunding allows businesses to spread the word and be social with potential backers.  It’s a piece of marketing collateral you get to create.  The way you talk about your business, develop your brand voice, gauge demand, and connect with your audience.  This is a living, breathing piece of internet property.

KD:  Because crowdfunding is a powerful and amazing tool which allows companies to connect directly with their audiences.  It’s also changing the ways things are made.  Take a look at what Canonical is doing.  They are taking feedback from the community.  They are learning new things to tweak and find new ways to fund the project, like T-shirts.  They are learning that the community has a thirst for their brand, even if the Edge itself isn’t directly involved.  I see the way things are getting made and being created with a sense of transparency and authenticity.

IndieGoGo created a new norm and have people have a say on how something is made.  To know who and where the product is coming from allows people to see first-hand on how the product is made.  The campaigns businesses set up are more vulnerable, they are accountable for everything and the image they put out.  I hope that more companies use IndieGoGo to create transparency, authenticity, and honesty.  Companies are giving backers behind-the-scene looks on how something is created and gives buyers a personal connection with the company.  People are not just backing up projects for nothing.  They want to be a part of it, be a team member, add to the passion of creating it, and have pride in it.  For brands, it would be a smart move, because they want to create ambassadors to help create a connection with people and satisfy their craving with the brand.

What is the future of crowdfunding?

KD:  People demand more authenticity and transparency.  Crowdfunding is here to stay because people are feeling they want to be part of the process.  The contributors want a piece of the action and help with the building of the project itself.  IndieGoGo is a global site, helping people create capital from anywhere in the world.  Crowdfunding in general gives people a chance to have access to capital no matter where they are.  More people are harnessing the power of the internet community and unlocking something even more magical than they thought possible.

What happens when a campaign does not reach its goal?

For example, when I was campaigning for my business, I raised only $4,000 out of the $10,000 for my business.  But that was way more than we were getting funded for in the first place.  It was all thanks to the power of the community.  The cardinal truth is you put your social capital on the line.  You are putting your name on the line, any pictures of you, any links to your website, and other media you are connected to for the public to see.  You need to be true to your words no matter what goal you have reached.  The people who have helped fund your campaigns are doing this to not only because they want your product, but they also see you as an honest person.  People are taking a risk on you and your project and they are willing to help you build and realize your dream.  You want to do well by them, they are your community and they are now your biggest supporters.  If you are going to do and say something, you have an obligation to do what you say what you were going to do. 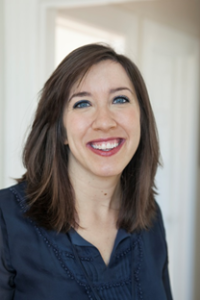 How difficult is it to set up a crowdfund campaign? What advice would you give to those thinking of starting one?

KD:  My first question would be, “Where are your first contributions going to come from?”  IndieGoGo CEO, Slava Rubin, has told me a great quote, “If you don’t know where your first funds are coming from, then you aren’t ready to launch yet.”  You want to raise the first 30% of your funds through the people you know.  The market validation point of where your friends and family, your inner circle, come to help fund your project before you start to get “stranger dollars” or contributors elsewhere come back your project.  At least 90% of the work should happen before the campaign starts.

If you want to build up your momentum fast, create an email list.  Find someone to become a “host committee”, where they try to find 25 to 50 people who would most be interested in you and your project.  Contact them weeks before the campaign starts and ask them if they are willing to be the very first people to contribute to the IndieGoGo campaign to help push out your creation.  Ask them to help exploit the powers of social media by sending Facebook posts, tweets, posting pictures, and emails.  You want to find the key influencers in your community.  Remember your campaign is a piece of marketing collateral.  Creating a video alone on an IndieGoGo campaign page increases the money earned by 114% than a campaign page without one.  The project needs to be exposed as much as possible to help people see what the project is all about.

I recommend people to ask their friends and family for help.  Set up a mock launch and get some real, honest feedback.  Make sure the feedback is coming from the ones who are going to be the first 30% who will support your campaign.  They want it to be a success as much as you do.

People fund for three reasons.  One is the person themselves.  They want to see a real, honest person who they can like and relate to.   Second are the perks available for the campaign.  People contribute for the special perks, so make sure you have strong perks to hand out to the contributors.  At IndieGoGo, the two most common levels perks are set and bought at are the $25 and $100 levels.  Lastly reason is the participation, pride, and passion applies in your campaign.  You want to cultivate that.  Are you going to make something that makes people want to share?  Are your arguments and words going to move them to contribute to your cause?  Are you making them involved in something greater than themselves?  People want to give feedback and it helps the campaign greatly.

Here’s another piece of advice.  Before you start a campaign, really do a gut check and make sure you are open to feedback.  Can you handle the criticism and feedback from all the backers?  Are you ready for them ultimately judging you and your campaign?  The feedback and criticism on the project becomes the main part of the campaign.

All the hard work will not go to waste and pay off in the long run.  One of the benefits at IndieGoGo is the “Go Go Factor”, a proprietary algorithm which tracks the activity of a campaign from both the campaigner’s side and the contributor’s side.  The benefit grants you promotions throughout the website.  Your campaign will show up on the front pages and gives more opportunity for people to notice your work.  People work hard and they will reap the benefits that comes from their persistency.

Thanks Kate for your time.

Visit the IndieGoGo website and see what campaigns you want to contribute to.  Or see if your idea is the next greatest trend people want.