Big news in the mobile sector this week. Yesterday, Lookout, a mobile security start-up based out of San Francisco, CA announced their release of an iOS version of their widely used Android compatible app. Lookout is a relatively new company, but has been a dominant figure in the mobile securities sector for Android phones. 12 million users world wide across 170 countries is certainly no joke as the company is ranked #1 in Android mobile security and has received numerous awards and accolades for their services.

With the iPhone though comes a different twist to the story. Due to Android’s wildfire paced spreading and its the open source of its apps market, the need for internet security has been especially high to ensure malware and other dangerous applications are controlled… and for good reason; with the way smartphones have evolved in just the last half-decade, there’s a lot of valuable information that could be compromised without a proper security app like Lookout. We use our phones for everything. They’re tied to Facebook with all our personal information, passwords for banking websites are stored, even sensitive professional materials for those that do all their work on the go are at risk. But iPhone’s advantage over the Android users is Apple’s strict guidelines and controls for downloadable apps. 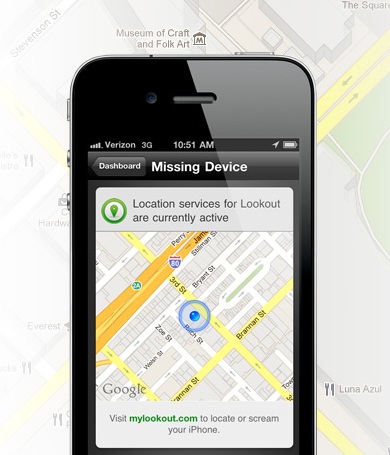 So in essence, Apple’s users have started off with more secure devices and have a starkly different set of needs; with that, Lookout has taken notice. Instead of a plain rehash of their Android specific product, they conducted research, studied consumer surveys, and crafted an app based off what iPhone user wants out of mobile security. What they’ve come up with is a product offering that reflects those specific needs: 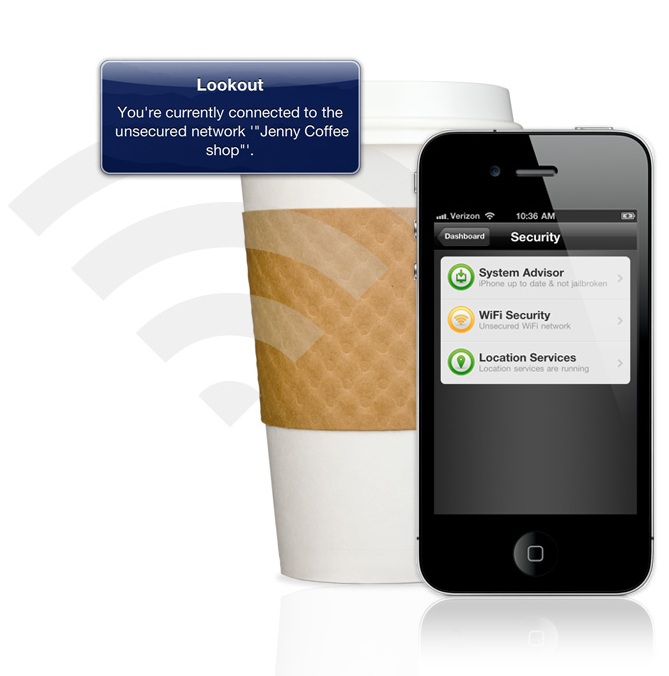 While iPhone users haven’t seen any large scale attacks in the vein experienced by Android users they’re confident that they are providing a worthwhile service; especially as the iPhone market continues to grow (keep in mind that Apple’s release of the 4S coupled and decision to lower the pricing on the 4 and 3GS means there’s a whole new potential user-base and target pool for unscrupulous cyberpunks).

Lookout has released their iOS app free of charge for all users through the Apple App Store.