REACH NeXT Alumni Gets Into 500 Startups! | Batch 15 Announced 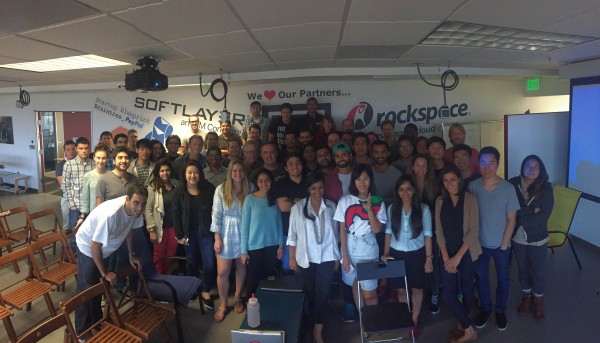 500 Startups officially announced their Batch 15.  Among them is one of our very own REACH NeXT alumni Mahmee!  We were stoked when we partnered with 500 startup for REACH NeXT and now are over the moon that they selected one of our winners.  Congrats to the Melissa Hanna and the rest of the Mahmee team!

Also, 500 startups officially open their applications for Batch 16 on AngelList.  Batch 15 is a group of scrappy start-ups that explores unusual markets, including postpartum care (Mahmee), underwater robots, airplane maintenance, and even crocheting. Most are later-stage seed companies, doing anywhere between $10K-$100K per month in revenue. 33% of Batch 15 have at least one female founder, and 43% are international.

More details on the latest additions to the 500 Family below. Applications for Batch 16 here.

Fun Fact: Djoann has been living in Thailand for 1.5 years. Polpat tried his first Thai massage two years ago and has been addicted since then. He also doesn’t admit that he looks like a Korean Pop Star

Pichaya can be found at the office on Sunday playing DotA. He likes to be called “Pro Gamer” more than “Programmer”. Keenan doesn’t like to admit it, but he is going to be a proud father soon.

Fun Fact: Trisha is a HUGE travel enthusiast, travelled to almost all continents (Antarctica is next).

Fun Fact: Beeketing is named from Bi (beloved dog of Alice) and Marketing (our interest).

We manage user login so businesses can focus on core product and engage customers faster.

Fun Fact: The company is named after clouds that are light and easy, just like their identity solutions!

Fun Fact: The founders met each another because they were on the same soccer team: Alejandro is the Goalkeeper, Gonzalo Midfield and Ezequiel the strikers. Then they started a company in the sports industry–each one with different positions in the team.

Fun Fact: Prem used to play guitar in a band that was basically a U2 cover band. John is a big whiskey fan. Sarwar is a science geek and his name (ironically) rhymes somewhat with Star Wars.

Fun Fact: The idea behind DataCulture started in 2010 when Gurudatt and Karthik connected on Twitter and spent a few hours talking about how data could change the world. Karthik has previously been a radio jockey, a rally car driver, and a mechanic and has spent precisely 9 hours flying a glider. He started his career promoting a newspaper ad campaign in the dirty streets of Delhi. Gurudatt is a fan of public transit systems and uses them in every town he visits. He’s helped shut down more companies than he’s started.

The easiest way to manage and pay your government fines.

A bundle of software services for SMBs to manage their inventory, accounting, manufacturing, and purchasing.

Fun Fact: Preventing spreadsheet abuse since 2015 – one company at a time.

Powerful way for student organizations to promote and manage events on campus.

Fun fact: They drink more coffee than all of you. Combined.

Fun fact: iWaboo Group was founded in 2012 as a pure retail company that owned gadget concept stores in Italy. For 3 years the brand grew, attracting buyers from all over the world. In 2014, iWABOO redirected its focus into creating functional, stylish and innovative technology accessories including cases, power banks, amplifiers, ear buds, and B/T speakers.

Fun Fact: Rajiv can sleep anywhere. Once he slept on a horse during a horse-riding class!

Fun Fact: In addition to being a techie and serial crafter, Mari has run 5 marathons (yes, 26.2 miles!), which is either crazy or foolish depending on who you ask. Elizabeth is equally crafty, and is also a world traveler, having visited over 30 countries!

Fun Fact: LafaLafa is a play on the word ‘Laugh’ from the business tagline ‘Laugh your way to maximum savings’ and is meant to evoke a happy feeling for customers when they find the best deal. Incidentally, the word ‘Laafa’ in one of the regional Indian languages also means ‘Slap’! So the team often jokes, ‘Slap away bad deals with LafaLafa’

Fun fact: When Brandon was 11, he was on the junior national team for Taekwondo and received his black belt. Skye grew up watching his aunt compete in four summer Olympics. He was fortunate enough to attend three competitions: Atlanta, Sydney and Athens.

A service that completes legal work in a few text messages at 60% off normal prices by cutting out fancy law firms and going directly to lawyers.

Fun Fact: Raad actually started this company because he wanted to start his own law practice after graduating but didn’t have the money to rent an office, hire a paralegal, or acquire clients. He thought the internet could eradicate a lot of these issues so he started working on the idea. He built it for himself originally.

A hub for ongoing, integrated healthcare for new moms and their infants

Fun Fact: Melissa has starred in docu-dramas and reality TV three times, on three different networks. Linda’s nickname is “the Lactation Consultant to the Stars” and she’s seen more A-list celebrities’ boobs than any director in Hollywood.

Fun Fact: Each member of the Mejuri team comes from a different country and culture: French, Jordanian, Argentinian, Canadian, and Cuban.

A social learning solution for enterprises to help their employees discover, connect and learn from experts inside their own organization.

Fun Fact: Ravi is a President’s Scout Medal winner in school and can communicate in Morse code. Rajesh’s first book was a murder mystery which got published at the age of 13.

Fun Fact: Gil’s favorite games of all times are Defender of the Crown & Jones in the Fast Lane. Yan rubbed shoulders with the Ukraine mafia during his petroleum days.

Fun Fact: Giles and Cam have been roommates since freshman dorms (8 years!)

Fun Fact: Wayland does a lot a coding and looks forward to learning more about financing and marketing through the accelerator program. Horiuchi co-founded a company called Gumi in Japan and left after the IPO. He’s looking forward to accomplishing more on Mobingi!

Moveha is a housing platform that helps students find off campus housing and make reservations online.

Interactive Mirrors for Hotel and Retail.

Fun Fact: Pieter had a hip replacement in January.

A DIY Minecraft computer for building gadgets and hands-on learning.

Fun Fact: Mark taught himself programming and decided to create a product that could empower everyone to create. Joel worked with Steve Jobs on special projects at Apple and invented the cheapest prosthetic knee on the market, one of the top 50 inventions of 2009 as ranked by Time magazine.

Toys, treats, and training guides customized for your puppy.

Fun Fact: Ben and Ariel have an adorable 3-year old daughter named Maggie. Maggie hates bath time and loves to roll in the mud, sniff butts, and chase balls in the park.

Fun Fact: There was a tough moment when the business was operating without developers or teachers! Fortunately, the team was able to find some solid talent before joining the 500 Family.

A product that intelligently optimizes doctors’ schedules to help them reclaim the $30 billion lost from missed appointments.

Fun Fact: John and Patrick met at a hackathon last year as strangers and ended up winning the whole thing. Since then they joined forces and have been working together on QueueDr.

Fun Fact: Seth can do 2,000 juggles with a soccer ball. Pat is a rapper and producer, who goes by the name P-Holla. His music has over 5M hits on YouTube and his productions have been featured on MTV, and more.

Fun Fact: The team builds training games to better prepare people for work. The first game they built was for a pizza shop on how to make a pizza, and now they are building games for the Super Bowl.

Fun Fact: Both founders were stopped at the border for bringing in maple syrup.

A service that optimizes routes for any company with multiple deliveries, reducing fuel cost and saving time.

Fun Fact: Eyal was born in Israel, but he lives in Chile. He’s traveled the world and developed a unique accent as a result. Alvaro is similar to Iron-Man: he has a lot of metal parts in his body and often sets off alarms in airport security lines.

A service that helps journalists discover what’s happening before it becomes news by unlocking company information from public data sites.

Fun Fact: Before meeting, both David and Bill were avid mountain climbers, each of them summiting some the tallest peaks in the lower 48.

Buy from US stores from anywhere.

Fun Fact: Pierre loves the board game Guess Who. Talk to him about the online version he built when he was 16.

A platform that transforms commercial aircraft maintenance, saving an enormous amount of time and money

Fun Fact: Malcolm is running a marathon to acquire skills and certificates in enterprise, software, cloud and hybrid, and security architectures. Shane is looking for the certificates authority for Mario Kart or Super Smash Brothers.

The Shipping Department for eCommerce

Fun Fact: Tape guns are banned in their warehouses.

A SaaS Platform to help online stores in Brazil create their own loyalty program.

Fun Fact: After starting the company, Martin and Enrique created a pilot that would only work on Facebook. It wasn’t until after they held their first client meeting that they realized the value of pivoting their product to meet the needs of users outside of Facebook as well.