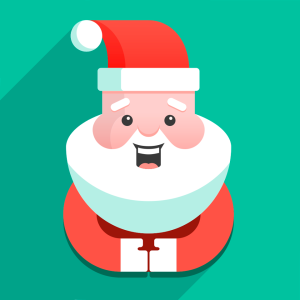 The app allows users to either schedule a call for a specific date or time, or tap the ‘Call Santa Now’ button to start a live video call with Santa instantly. Once the call is over, a user can share their special moment with friends and family on Facebook & Twitter, or over email and SMS.

With great Santa Art, the Elves have been working on this app ever since the App Store opened in 2008. Now that mobile phones have advanced to this level, and the carrier’s infrastructure has grown; Santa is finally able to launch his app for all the good little boys & girls around the world. 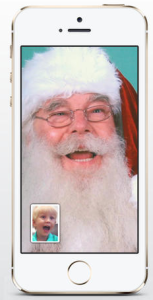 Earlier this year, Santa’s Head Elf Dorian was enjoying milk & cookies he ordered from online chocolate cookies delivery with his son, when he was asked: “Daddy, can I have a video call with Santa?” – And he thought, “Yes! Christmas of 2013 is the perfect time to finally launch Santa’s app, Hello Santa!”

The team says they will be able to monetize as each call is an in-app purchase on the iOS app, or an online CC transaction for a web call.  The team has secured a small seed round of financing from a few international investors.

This is not there first project, Santa & the Elves have worked on a number of projects over the years. From their early invention of the rocking horse, to the 1990’s mega hit of Tickle Me Elmo. Their combined ingenuity has changed the face of Christmas year after year.

Through the magic of modern technology, and a lot of hard work by the Elves at the North Pole, children from around the world can have a real, live video call with Santa.