The very mention of the word fundraising can illicit some powerful emotions among entrepreneurs.

It’s frustrating, taxing; a full time job in itself. And those who have gone through the process, know. Fundraising is a complex dance with a distinct, dichotomous tone. On one end, entrepreneurs who have (at minimum) built something customers love and are willing to pay for, and the other hand, investors who are looking for the very companies who fit that profile.

Simple enough, but between the sides are the complex dynamics and subtleties that make no brainer deals go south. Visions pan of endless cold emails and long days attending meetups and pitch nights while your operations/tech team grind away.

You’ve built a great business, your customers love you. But you can’t secure the funding needed to scale.

Today, with the help of the aptly named JOBS act (Jumpstart Our Business Startups Act) and companies like SeedInvest, it has never been easier for companies to gain exposure and enter the investment solicitation process. (Not that good old fashioned leg work isn’t still required of course.)

2013 was a huge year for startup investing to say the least, and with how things have been shaping up in Q1 of 2014, things are going to get a whole lot crazier. Today, we have Ryan Feit, CEO of SeedInvest to give us a bit more insight on some important key points – useful for any founder who’s looking to raise funds.

Peruse through the website SeedInvest and you’ll find a familiar layout, as pioneered by years of trending interest towards popular crowdfunding platforms like Kickstarter and Indiegogo. But of course, this isn’t to be mixed up. These aren’t art projects, garage-electronics, and pre-production concepts. These listings are comprised of pre-vetted startups – with notable investment goals well into the millions of dollars. 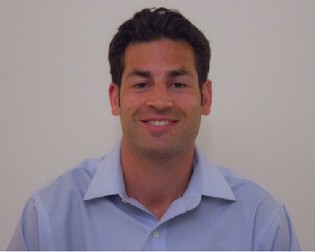 The formation of SeedInvest was deeply rooted in Ryan’s background in venture capital and investment. He and co-founder James Han, began their careers from deep within the investment space – from big banks (Lehman + Morgan Stanley) to private equity (working at funds with portfolios in the billions of dollars), with James founding his own startup and running into the very problem SeedInvest was made to solve.

Finding a better way for entrepreneurs to raise funds.

Find out more about Ryan, James and the rest of the SeedInvest Team!

With such notable pedigrees in the investment world, I had to wonder why Ryan and co-founder James didn’t “simply” raise money and create their own private equity/venture capital fund? Ryan’s insights:

“Both of us came from a slightly different background than folks in the purchasing space. We both worked as professional investors, but also wanted something more entrepreneurial. That’s when we both went back to get our MBA’s at Wharton.

With both of us being extremely active members of Wharton’s entrepreneurial communities and our background working at large funds, we knew firsthand that access to capital was extremely limited. This is also where we were introduced to the Access Capital Act, otherwise known as HR2930″

Putting in Time on Capitol Hill

This work would eventually lead Ryan to spend a great deal of time on Capitol Hill by supporting the efforts of The Startup Exemption, a non-profit responsible for bringing the concept of equity crowdfunding to DC, and a driving force in the passing of the the JOBS Act.

The original piece of legislation we mentioned, The Access Capital Act (HR2930) sought to amend the securities laws to provide for registration exemptions for certain crowdfunded securities, and for other purposes. Operating in this space, Ryan and James were essentially at ground zero for working with the ones who created the crowdfunding framework. 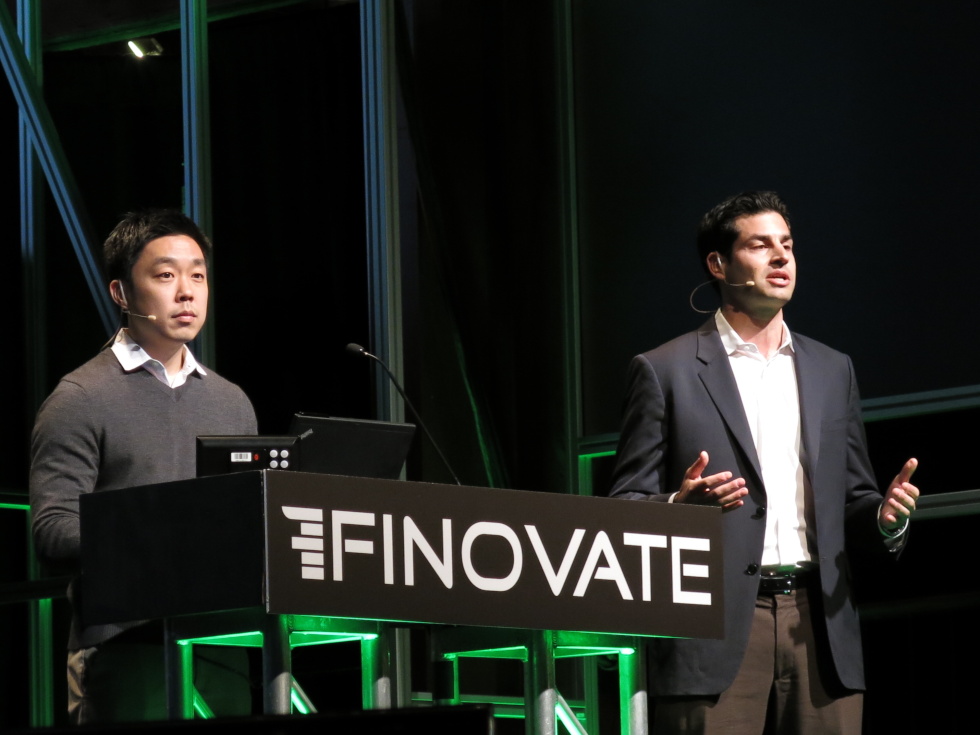 By 2012, Ryan had a clear idea that these bills would be passed,and founded SeedInvest to leverage the potential growth from these history making laws. Some key points that served as a driving force behind the company:

“We created SeedInvest to ensure companies were in a better place to take advantage of these laws. For example – with Title II of the JOBS act kicking in, and startups being able to advertise investment rounds for the first time, it put us in a good position to creat something both entrepreneurial and disruptive.

We wanted to help entrepreneurs, but at the same time, act like investors in terms of being able to vet opportunities, help with due diligence, and discuss deals with accredited investors. Coming from the investments world, we felt we had a strong leg up with an inside perspective.”

Crowdfunding with a Focus

“Our priority is in looking at opportunities. And in doing due diligence on hundreds of companies, we know exactly what to look out for.”

We talk about SeedInvest’s decision to be placed in the Big Apple. According to Ryan, New York has been a fantastic place for them. Home – with Wall Street, the hub of finance, and massive support for Fintech startups in general. Ryan makes note of Kickstarter – the leader in crowdfunding, and their NYC roots, and such close proximity to Washington DC, there was no other home for his company.

With notable peers like Angelist and Funder’s Club in the bay area – SeedInvest is looking to build itself as the leading platform on the East Coast.

The ABC’s of Running a Successful Campaign

Ryan takes a moment to impart some advice he’s picked up along the way for Entrepreneurs looking to raise funds.

1) Spread the word early – Start early as possible, even before launching your campaign. Many of SeedInvest’s successful campaigns have drummed up supporters well ahead of time, with notable traction coming into day one.

2) Leverage your network – With platforms like SeedInvest or Kickstarter, your first 25% should be friends, family, fans, or customers. In equity crowdfunding and first round capital raising, opening up your campaign to customers is extremely important. Take Scoot Networks, who closed their round in December – though the platform was key in rounding off their fundraising, what was most poweful for them was the ability to reach out to their first 6,000 customers with the offer to own a portion of the company for the first time.

3) Successful fundraising costs money – As we know, there’s good data out there that campaigns with professional videos are important. Good PR campaigns can help your cause go viral – but needs to be well thought out and will take time. Remember, raising money isn’t just a green go button. 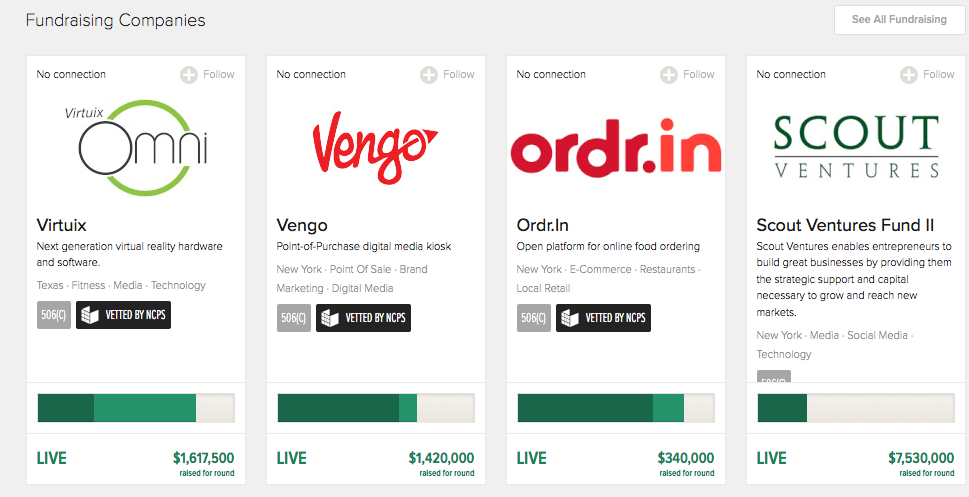 Taking a Step Back

We take a moment to discuss Ryan’s core interest in the investment world and the team dynamics of SeedInvest.

“I personally jumped into investing in stocks at the age of 14, and I’ve been hooked since then. I was an investment banker at Lehman Brother and worked on private deals, and really, that was the genesis of getting into it. As someone with strong entrepreneurial inclinations, I believe investing in companies is a great step if a) you’re not in a strong position to start your own business, or b) taking those risks don’t suit your personality.

Ryan’s personal and company focus is on early stage/partial series A. Here, he believes is where investors can have huge impacts on revoluationary technologies and creating jobs, in order to fuel innovation. Marketplace wise, there’s plenty of resources in the Series B or later stages, but not a lot in the beginning.

He sees a huge gap, with a lot of pain for entrepreneurs. That’s why they’ve put themselves in this position.

Ryan makes it clear in our conversation on SeedInvests’ disctinct position around what they’re building. They take a quality over quantity approach around building their platform and emphasize pre-vetting opportunities, then presenting them to interested investors. Less companies overall, but higher quality in general. 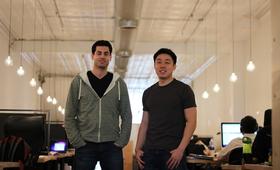 “Remember, crowdfunding from angel investors isn’t for everyone. Think about your needs as a company.”

And in the same vein, neither is SeedInvests’ services. Ryan advises those who are raising money for MVP’s to consider well established platforms like Kickstarter, then continue with seed rounds on platforms like SeedInvest. He points to Scout Alarm, an interesting company who raised $410,000 donation/rewards crowdfunding campaign on their own website, before moving on to close a $536,000 equity round.

Another successful close – Virtuix (one of their top ten companies) raised $1.1M through Kickstarter, and are now raising a $2M investment round through their platform.

Ryan attributes SeedInvests’ current day success to a team of standout individuals and James, who’s played a key role in designing and coding their website’s front end, in addition to his finance background.

With that, we thank Ryan and his team for their time and wish them all the best for what’s going to be a huge year for startup investing!