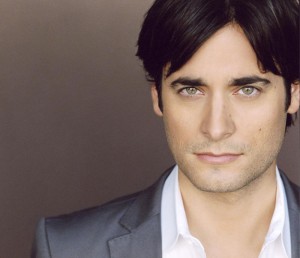 Amidst the media frenzy surrounding Facebook’s S1 filing to go public, some people took pause today to reflect on what the IPO could mean for the social networking giant. Among them, Stephan Paternot shared an open letter to Mark Zuckerberg – through his Facebook profile no less – urging the young billionaire to “prepare for the beginning of the end of truly bold, innovative risk taking.”

Who is Stephan Paternot, and why is his advice so relevant? Just ask anyone who rose and fell with the Internet bubble. They’ll tell you Paternot was an entrepreneurial whiz kid who co-founded the very first social network in the 90’s called TheGlobe.com. Yes, we’re talking pre-Friendster, MySpace, Facebook…you get the point.

In November of 1998 Paternot and Co Founder Todd Krizelman made history when The Globe achieved the largest first day gain of any IPO. Like Facebook, they were the media darlings, appearing on Charlie Rose, Oprah and everywhere in between. But being in the public eye has its price, and when the bubble burst, The Globe shattered as well.

Is Paternot jaded? Perhaps, but he speaks from raw experience. In the years since, he’s become a successful investor with Actarus Funds, started a production company, and just recently launched Slated, a sort of AngelList for film funding. At the very least, he’s a tangible example of life after an IPO. Only history will decide if his are the words to live by.

Congratulations on filing to go public! Facebook is a tour de force platform, and company, and is vindicating for all of us who believed in the online community business back in the 1.0 days. However, before you pop open the champagne, please read this op-ed I wrote last summer about the death of MySpace, it’ll give you a sense about what you’re in for after you go public.

Per your letter to the public in the S1, I’m pleased to see that you are all about innovation ahead of profits…. I completely agree with you! Only problem is, investors have their own short term agendas and generally tend to get awfully loud when there’s a slight dip in the stock, just ask Yahoo, or me, when I took TheGlobe.com public. ;)

Since you’re proceeding no matter what for the benefit of your employees and shareholders, I’d urge you to read my book on your next holiday, and especially focus on the second half, right after we went public, and prepare for the beginning of the end of truly bold, innovative risk taking.

Granted, Facebook is orders of magnitude bigger and in much better financial shape than my company was when we went public, but either way, you should be prepared to grow really thick skin and ignore everything shareholders, or the media, will be yelling at you from the bleachers when they want to squeeze out more profits out of their investment.

Oh, and I’d suggest you setup a blind trust and sell a meaningful amount of stock on a monthly schedule over the next few years. It’s an insurance policy against any missteps…or G+ succeeding ;)