Vizio and the Story of the Sleeping Giant

I am currently at the annual VC in the OC program held in Irvine CA by OCTANe, an organization that connects people and ideas to resources and capital in Orange County.  Over 600 people came to this event to listen share and network, including entrepreneurs, VC’s and investors.  The keynote speech was delivered by Vizio CEO William Wong and VP & Co-Founder Ken Lowe.

William spent about half the time showing amusing new commercials and going through the evolution of his life leading up to the inception of Vizio as well as how a $600,000 investment turned into a $3 billion company seven years later. 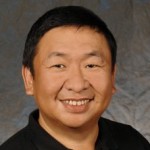 Vizio was born in reaction to the FCC mandated digital TV transition in 2002.  Analog TV’s were to be no longer supported by cable companies, but the cost of the conversion was staggering.  Vizio’s vision was to develop high quality, affordable HDTV’s for a mass market.  The progression from inception had been nothing but a steady uphill climb in revenues and accolades.

Later in 2002, Vizio become profitable resulting from a consulting contract with Gateway Computers and the company never looked back.  In 2003, Vizio launched in Costco and then in Sams Club in 2005.  The company brought on retailers Circuit City, Sears and Kmart in 2006 followed by mega retailer Walmart in 2007.

Due to the addition of Walmart as a retailer, 2007 was the first year Vizio became the #1 HDTV manufacturer in the world.  All this success in less than five years.  The next two years boasted many accolades for William Wong and Vizio, namely: Inc 500 fastest growing Tech Company, Ernst and Young Entrepreneur of the Year Award and Walmart supplier of the year.

William went on to speak about the 3D television market. They currently they hold four of the top ten models.  What is even more impressive than the growth, accolades and clear cut vision – all this was done with 300 employees in a small two-story building in Irvine, CA.

One last note that I’d be remiss if I did not share are the peripherals that Vizio also manufactures.  Ken Lowe VP and Co-Founder gave the second half of the presentation and showed the Vizio vision for the future.  The cliche term of integration was throughout the presentation, but in the very unique Vizio-way.

Yes, Ken had both the Vizio tablet and phone on stage during the talk.  A very interesting new feature set will be the integration of the TV, tablet and phone.  All three interfaces will be exactly the same.  If you know how to use one, you can use all three.  Integration at its finest, especially for non tech-savvy individuals who do not want to learn to use multiple devices.  I managed to find my way up to Ken after the presentation and spent a few minutes playing with the phone.  It runs on the Android Froyo OS with a Vizio skin.  I was not able to get any clean photos for your viewing pleasure, but it will be an interesting competitor once they secure a provider.