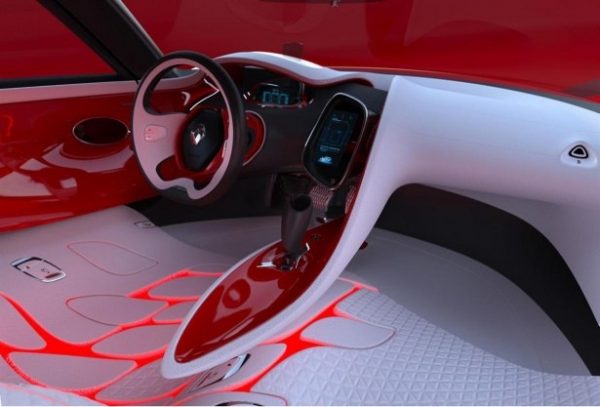 The automotive industry has evolved and become much more high-tech and mainstream than it ever has before. The automotive industry is on the cusp of workable self-driving cars. It seems like not very long ago, vehicle exterior sensors were the new and big thing on cars. Today, there are models which can assist with parking and even driving. These are minor boosts of course, which can make a great difference to driving performance. Previously the auto industry lagged behind in terms of new and innovative technology. The year 2017 is set to be one of the biggest years yet. Expect a variety of technological advancements and features designed into the new models of automobile. Those who won’t be replacing their cars this year should keep their current vehicles in good condition. If you notice any chips or cracks in your windshield, getting an auto glass repair or windshield replacement will not only improve your car’s appearance but also its safety.

The NHTSA is requiring that all vehicles built after May 2018 carry back-up cameras. Car makers are getting a head start on this equipment. As well, manufacturers are making smarter safety options available on basic and premium models. One example of a 2017 model with advanced safety is the new Toyota Highlander. This vehicle will feature a combination of safety systems including a standard rearview camera, optional forward collision warning, auto braking at city and highway speeds, the lane departure warning system, and a blind-spot warning system which also alerts the driver to rear crossing traffic.

Starting in 2017, more and more automakers are ensuring that non-combustion engines can be built to keep up with their traditional gas or diesel counterparts. Now, hybrid auto owners won’t have a hard time finding a mechanic for their car as they can now go to the nearest Diesel Trailer Specialist. The Tesla 3, for instance, is said to be built for premium driving and go at least 200 miles per charge. The Chevy Bolt will be back, and second generation Nissan Leaf models will also become available – the focus of all of these is the longer charge life and more comfortable handling and driving feel. There are rumors that the Chevy Silverado 2017 edition will be comprised of a lot of lighter materials such as aluminum.

In 2017, you may begin to see a trend toward better media and audio experiences. Hyundai and Chevy now sell Apple CarPlay and Android Auto infotainment packages. In the upcoming year, more auto companies are set to release universal versions of these new features. Cars may also feature the removal of the emergency brake pedal. Instead, you can activate it at the convenient press of a button near the steering wheel. Locating your car will be easier than ever if the proprietary smart phone apps for some companies like Ford can be connected to  your 2017 car. Higher end models may come with standard embedded navigation which will not need a wireless signal. Look for a dashboard GPS that is more powerful than the current suction cup and stick to window devices.

The hottest items for cars in 2017 may turn out to be technology based. For instance, there is the rear-view mirror which is actually an LCD screen offering a wide angle view of the rear window of the car – no bouncing kids or pets to block the view! 360 degree video recorders will also be available.

Whether for information and dashboard control or entertainment, onboard connected systems are increasingly powerful. Some can recognize swipes or hand gestures to convey various commands. Bentley will be featuring a dual-screen system complete with removable twin tablets. Other entertainment packages may include built-in game apps and even streaming TV via Chromecast or Fire TV Stick.

Forward collision warning systems will become more predictive. Some systems will be able to monitor the speed and distance of the car ahead, but also the car in front of that car. Combined with auto braking, it is intended to help avoid pile up style collisions. If this post makes you want to change your car, here is how I got to selling a caravan in Virginia to get the money to buy a car like new like this one.

Some automakers have innovated a new entry key system which does not require a large, heavy key fob. Among new technology to unlock your car you may receive a sports type band which fits around your wrist and offers other on-the-go functions.

Spinal support seats are also a new feature to be released in 2017. It may not be high-tech but for those drivers who operate a vehicle equipped with one, the question will be, “Why didn’t they think of this sooner?”