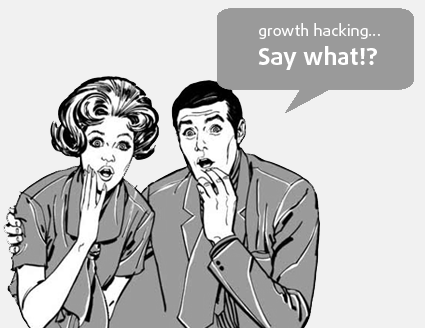 For about 50 years,  (…cough M) Ad Men, or marketing and sales individuals, have been the kings of organizational hierarchy  … and then came the Internet of things and engineers took over the throne. Yet, winter is always coming for a startup and thus a new breed has arisen from the ashes and honed a new set of skills, the Growth Hacker.

Sean Ellis, who coined the term, fully defines it in his post, but mentions, “Everything they do is scrutinized by its potential impact on scalable growth…” and “have a burning desire to connect your target market with your must have solution.  They must have the creativity to figure out unique ways of driving growth in addition to testing/evolving the techniques proven by other companies.” This is the most important role because this person graduates a company from startup to viable long-term business.  According to Patrick Vlaskovits another proselytizer of the term, “Growth hacking comes after the early stage chaos and post-product-market-fit.”

1. If you build it, they may not come: So, you’ve launched your product, and people use it and seem to like it. Awesome, now you know it works, so you need a lot more customers to become an actual business. Just because people are using and like your business neither guarantees that users will share it nor do traditional marketing channels guarantee reaching your audience economically. Thus, you need to enable new ways to create a scalable customer acquisition process.  A good example of growth hacking was Andrei Marinescu’s role as head of customer acquisition for Hulu.  During an interview, he discusses that Hulu had its free version with 25 M uniques, which they needed to actively covert into premium subscribers. They didn’t  have the premium feature sitting around hoping for someone to click through to pay for it. They advertised it within Hulu during commercials and throughout the product experience relevant to user behaviors. Additionally, they leveraged OEM partners to co-market it through free trails and optimized the landing pages to download the app or to become a Hulu Plus member. He and his team didn’t stop there… they dug into SEM and affiliates among other practices in their toolkits. They ultimately were able to go from 0 paid to 3million+ paid subscribers with a $500 million run rate. Thus, even with 25 million uniques, they still had to actively focus on growth  hacking tactics to convert paid users.

2. Product Meth (no, not methodology, methamphetamine): Users might show up once or now and again, but people need to be reminded that you exist until they actually get hooked. Different behaviors on the site or within the product should trigger different ‘nudges’ that might show up as an email in their inbox, something on social media in their feed, or through retargeted ads. Following on with the Hulu example, they worked so hard to convert individuals who had an appetite for the service already, they were an obvious (but often neglected in many organizations) segment to reengage! They developed lifecycle marketing  to drive retention, which was facilitated through email and other triggers within the service to get back those who churned. However, without having analytics, triggers, and viral loops built into the product, you might be leaving money on the table just because consumers are generally overwhelmed with distractions and need to be reminded to return. Again, the growth hacker owns this component of product, user experience, and marketing. It’s the whole conversion flow.

3. Build an army: Aaron Ginn an influencer on the growth hacker topic shares, “The most talked about element of growth is virality and new user acquisition. Both of these elements focus on thru-put in the funnel and less on the funnel itself. “ Thus, the true testament to your ability to scalability is virality, or when your users like your product enough to refer a friend. However, it’s often shocking that despite the rise of social that requests or nudges to share and refer the product are hidden or unavailable to its users. This occurs when only product people are thinking about the product; they want it to be used by that user and are not necessarily thinking how that user can spread the love! Again, you need non-myopic people who span multiple functions to have these priorities aligned…aka the growth hacker.

4. Aligned Incentives=Peace and Harmony:  Without the ‘growth hacker’ role or an equivalent, you have competing agendas within an organization. The VP of Marketing is pitching the VP of Product to get features built and the product person does not understand the value or has other priorities, or some nature of this conversation and thus friction arises. Teri Ross, historically found that “companies of all sizes operates marketing in silos”. By removing these silos between product and marketing, you create aligned incentives, goals, and thus harmony. Marketing has insight into product priorities yet has influence over them as well and can manage the needs of marketing. The growth hacker can also identify if there are fail points in the appropriate part of the funnel in a diplomatic way.

5. Hackers are Creative Geniuses: Despite negative connotations of hackers, the startup community definition alludes to hackers as renegades or those who bend traditional thinking and thus practices. Alisha Outridge from Clear Channel explains, “marketing and advertising have a high velocity and are changing all the time; there needs to be a person in a role that can react to and prepare for these changes within the product and marketing functions.” Traditional marketers look at traditional channels and don’t get creative with distribution and figure out automated paths to conversion. Hackers think dynamically and identify new distribution opportunities.

Regardless of the title your organization wants to use, someone solely dedicated to growth is a key role within the organization. He or she aligns priorities for the sole purpose of acquiring and retaining users. So, who is the next growth hacker in your organization? To learn more about Growth Hacking and engage with Sean Ellis, Patrick Vlaskovits, Andrei Marinescu, Aaron Ginn, Alisha Outridge, and many more growth hackers at Growth Hacker Live event in downtown LA on April 27th.

Richie is the founder of Bootstrapper Media, a community driven media organization focused on ‘hacking entrepreneurship’ ; Bootstrapper produces Blogs, Events, Education where top entrepreneurs can share and help their peers succeed and scale. Richie is  also an entrepreneur, connector and Investor. He is the co-founder and Chairman of inSparq and Chief Catalyst at Traction+Scale. He currently resides in NYC