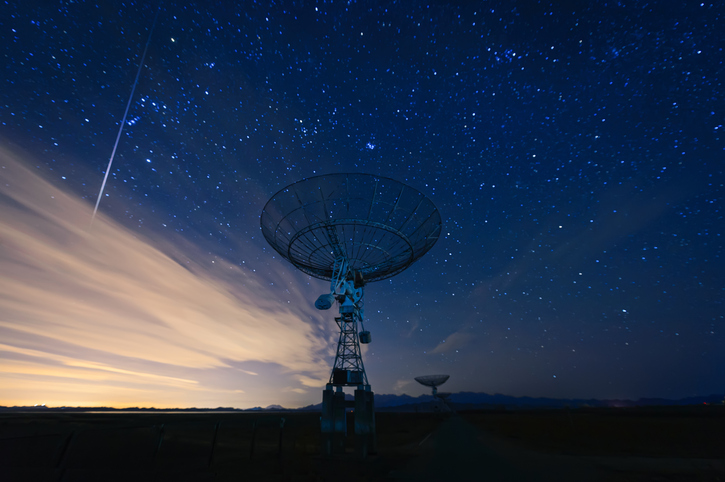 When it comes to sustainability and environmental protection, few modern technologies can compete with satellites. The unique views of the planet they offer can be put to excellent use to monitor resources, track environmental changes, and more.

Here are five examples of how satellites are being used to improve sustainability efforts around the world.

The Environmental and Social Safeguards unit of the Inter-American Development Bank (IDB) is working with the European Space Agency (ESA) on a variety of projects that use satellite imaging to provide information about natural resources. The two agencies began working together in 2016 to track resources and sustainability efforts

Many of the projects have been focused on Bolivia and surrounding areas, where the IDB supports local governments on multiple initiatives, including the following:

If these initiatives work out, they could be just the beginning of a long partnership between the ESA and IDB, which has numerous green initiatives in this part of the world.

Barfoots, a British vegetable company, uses satellites to improve sustainability in its supply chain. The company originally began transporting asparagus supplies by boat to help reduce its carbon footprint, but this posed a challenge: it takes a lot longer for the produce to reach its destination by boat, compared to just a few days by air. Barfoots needed a way to track the shipments and make sure the asparagus arrived in sellable condition.

The company accomplishes that tracking using satellite communication. Partnering with the Satellite Applications Catapult, an independent company, Barfoot uses satellites to track the position of ships and monitor the temperature and humidity of the containers. This allows the produce company to know when—and in what condition—the product will reach its destination. These insights can help Barfoots pinpoint route efficiency issues and reduce food and resource waste.

This initiative is just one step on the company’s path to greater environmental consciousness. Barfoots has a long history of being big on sustainability. Peter Barfoot, the company’s chairman, says, “The quality of the soil and balance of biodiversity mean everything when producing healthy crops. To farm successfully you need to be a custodian of nature, and farm today like you are going to farm forever.”

ShellEye is a UK-based initiative that uses satellites to monitor water quality in offshore and coastal farms. The project is also developing systems to synthesize that satellite data and alert farmers to changing conditions via emails or text messages. There are also plans to provide tools for farmers to predict—and respond to—short-term water quality changes on their own.

These programs are all part of an effort to combat the effects of pollution on shellfish and other seafood farms. Pollution can cause health problems for the shellfish at the farms themselves, but that’s not the only issue: consumers could also be at risk if they consume food contaminated by pollutants. The ShellEye Project’s initiatives is an innovative way to fight back against the effects of pollution on water quality and ecosystem well-being.

Scotland’s Rural College (SRUC) is working on a virtual fencing system, which uses GPS technology, satellites, and special collars to help keep farm livestock contained at a more affordable cost. As the livestock wander the fields, the collars and satellites work together to track their position. When the animals reach a virtual boundary, the collars use a gentle stimulus—like an irritating sound—to coax them back into the safe zone.

The advantages of a virtual fence are primarily monetary: it can be much cheaper to fit the livestock with collars than it is to plan, build, and maintain sturdy fencing, particularly for smaller herds. There is also an added level of flexibility with virtual fencing. If a farmer needs to alter the zones where the livestock live, they can simply adjust the virtual system, reducing fencing material waste and increasing overall farm efficiency.

A wide variety of companies employ satellite technology to improve sustainability efforts, but the buck doesn’t stop there. Satellite companies are also doing their part to be more environmentally conscious. One notable example is DISH, one of the largest satellite television providers in America.

DISH utilizes a fleet of Ford cargo vans that run on propane autogas rather than traditional gasoline fuel. The company deployed 200 of these vans in 2013. The vans costs 55% less to fuel, saving DISH around $2,500 per vehicle per year. The environmental impact of that many vans clocking that many hours using a clean fuel source can’t be underestimated, either—the propane fuel burns much cleaner than gas, reducing the overall pollution output. As Carol Smith, tech specialist with USDish.com, notes, “DISH is excited about sustainability. The company is regularly looking for new ways to boost environmental consciousness and support employees in green efforts.”

These examples only scratch the surface of how satellite technology and companies can pave the way for green initiatives and environmental preservation. Many of these programs are recent, as well, so keep an eye out for new developments in this growing area of sustainability.