Activyst Wants to Change the World, One Girl at a Time Through Sports

Katie Rock, the founder of Activyst lives up to her name. She really does rock, and hard. Katie’s journey from corporate lawyer at a top firm to a social good entrepreneur has been a zigzag of twists and turns, luck and tenacity.  What began as a pit stop vacation in a third world county, led to an epiphany, which turned into a passionate pursuit, and eventually a new social enterprise company that fundraises to bring sports to girls worldwide through the sale of athletic bags.

Growing up, Katie was an athlete and played tennis in college. She attributes playing sports to helping her achieve in other areas of her life. While looking for an island destination to unwind at after taking her bar exam she randomly Googled “small beach town Central America surfing” and soon found herself in San Juan del Sur, Nicaragua. Rock’s idea of unwinding was running, surfing and swimming every day to the bemusement of the town folk.

Soon the local girls were stopping her in the street to ask her, “What are you doing? Why are you always doing this stuff?”

Rock’s response was “What are you talking about? Doing what?”

Rock soon learned that though these girls lived on in a coastal town where there are hurricanes, they did not know how to swim. They did not know how to run, surf or do any form of sport. The girls said they wanted to, but it was not an option “because there are boys, and it is dangerous” so it was not allowed. This baffled Katie. She realized she saw local boys playing everywhere, but no girls. Knowing how much playing sports shaped the course of her life, it pained her to see these girls denied the opportunity. The seed was planted.

When Rock was ready to leave law, she was looking for an international human rights opportunity to pursue and found herself drawn to women’s rights issues in Latin America, but she was not exactly clear on what job she was looking for. On the advice of mentors and friends, she started pounding the pavement and setting up meetings with people in that space who wanted to know what issue she was most passionate about. She realized she was most passionate about girls getting to play sports. The hunch was that if sports could be introduced to girls in their formative years, it had the potential to improve girls’ rights and redirect their lives in a highly beneficial way — and maybe change the culture, if not the world.

Validated Rock eventually had enough meetings in D.C. to make her way to lunch with someone at the Pan American Health Organization, the Latin branch of the World Health Organization (WHO). She pitched her cause and they loved it and already had programs focusing on improving girls’ health. Due to the sedentary nature of girls in these countries there is a high risk for diabetes and obesity. They asked her to submit a proposal and they would find a way to fund her research. She created a new job for herself in Nicaragua with the WHO that allowed her to research her theory, identify barriers, and discover solutions to the culture that prevented girls from access to sports.

Together with a social scientist Rock uncovered misconceptions about girls playing sports from only lesbians play sports, to girls should stay home, to they cannot play because of their period and so on. The biggest barrier to sports for girls in the predominately Catholic country of Nicaragua was the concern of their safety and protection. There are no designated areas for girls to play. Parents worry that if the girls do not stay close to home, they might get assaulted or end up pregnant. The solution Rock found was if a play area connected to the already trusted schools was created with approved coaches, the parents would let the girls play.

The other findings were significant. Girls exposed to sports were less likely to be pregnant as teens, less likely to be in abusive relationships or do drugs, had improved health, intelligence, confidence and were happier. Sports really could change cultural stereotyping for women, give them alternative enrichment which would empower them to make better choices and thereby literally changing the world.

Pumped and energized by her research, Rock soon found herself blocked by slow moving bureaucracy and no funding to implement solutions. She had always been attracted to socially conscious companies. She began to brainstorm, keeping an eye out for a good product while finishing her research.

“It seems like such a modern solution to me,” said Rock. “You’re trying to do good, and it is hard to knock on doors and get money. I think creating something of value for people that they love that also does good is such a win win on so many fronts.  I think it is really powerful. I was stewing on what the product could be and how we would tie it into the cause.”

The product became a line of athletic bags. “I saw this funky durable waterproof material that was used for everything down there,” said Rock. She bought a bag made out of it and found it practical for most uses.  “I realized it was really durable and it would be cool to make an athletic bag out of this.” 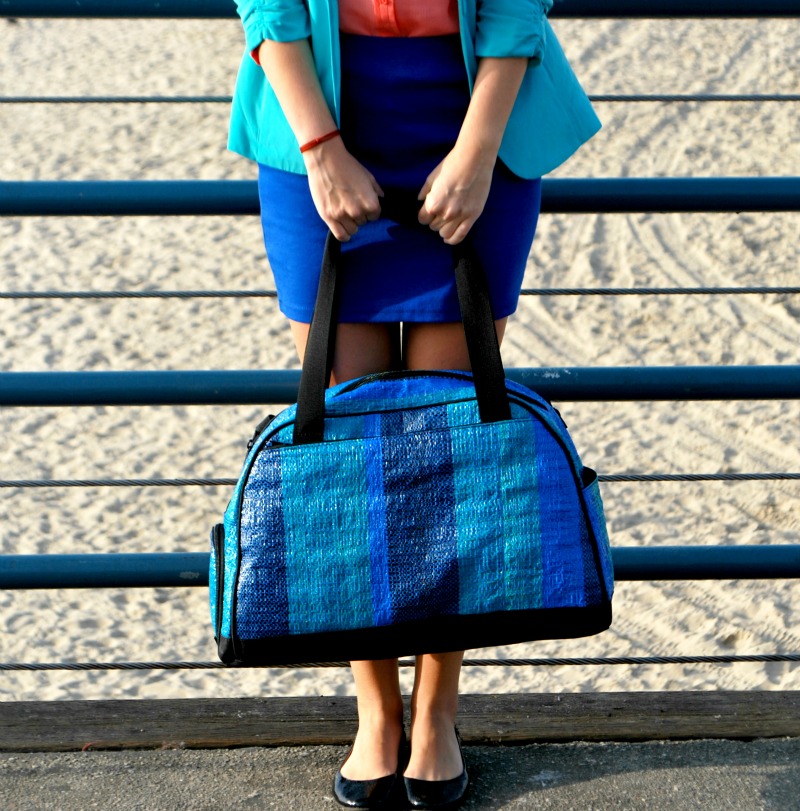 Thus Activyst was formed. Now she just had to figure out how to make the bags. And she did. She took that crazy entrepreneurial journey of creating something out of nothing by learning new things like how to make a prototype, find suppliers and create awareness. She partnered with two friends, and they went to work developing three bags: a tote, an athletic bag and a cosmetic bag.

Rock worries that some people might not initially take her cause seriously, and dismiss sports for girls as cute. Her team of high-performing achievers take this cause very seriously because they know it could have a huge impact and they want everyone to know too 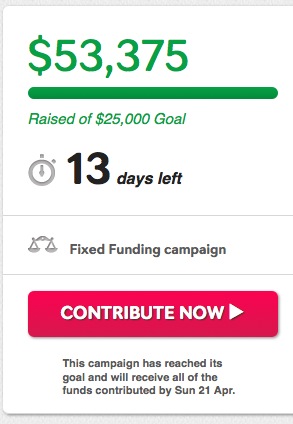 Rock said, “I had no idea I was an entrepreneurial at all. I went to law school. I got this job at a law firm. But I always wanted to do something of my own or something different. Now it is crazy when people call me entrepreneurial — and I am like really? But I was a boring lawyer!”

Activyst currently has a fundraising campaign that runs until April 20, 2013 on the crowdsourcing site Indiegogo where donors can snag any of the three snazzy bags that send sports to girls or even a relaxing hotel escape.  Activyst has blown past its initial goal of raising $25,000 dollars to build a girls soccer field in Nicaragua. They have blown past their first stretch goal of $50,000 dollars to build a girls soccer field in Uganda. They are currently around the $53,000 mark hoping to keep the momentum going.

“It’s super awesome, but we are not done,” said Rock. “The more funding the better, the more bags made and our company gets moving forward more quickly. We will have another stretch goal to fund a running team in Uganda and after that we would like to bring it home to the US for a final stretch goal.”

Rock a self-proclaimed perfectionist said, “I think the biggest lesson I have learned from all of this is to do something now. Do something small everyday, and those things add up. If you want to do it, you have to start doing it, and you can’t wait for something to be perfect.”

Amen Katie. Now you know why Katie Rock, rocks! You can help Katie and her team at Activyst by contributing to her campaign, and maybe picking up one of those fun bags for you or a friend that could help change the world for girls.