A look around technology industry, perhaps the heart of the global revolution, shows a happily working international community all pushing for the common goal of innovation.  The reality, however, of the coexistence between immigrants and their American peers is proving to be a one-sided pursuit, with qualified immigrants struggling to stay in the country to join the companies that they have co-founded.

America’s immigration system proves to be stifling inbound founders, engineers, and graduating foreigners looking to join the tech industry due to complex visa applications and provisions. Strict boundaries and a marathon of hoops to jump through, just to submit your documentation as an immigrant, are resulting in less immigrants educated in America staying to pursue the process, rather opting to return to their home countries. Even investors and experienced founders are caught in the same net as recently educated graduates looking to build companies.

Take the U.S. category E visa for investors as a prime example of the recent troubles. Morgan, Lewis, & Bockius, an international law firm, recently released a continued learning immigration law webinar to discuss the issue stating E visa provisions; clarifying just how difficult the process of immigration is proving to be. An E visa is meant for foreign investors looking to start a business in the U.S. or purely invest in established U.S. entities. Unfortunately, the visa requires that the entity be majority owned by U.S. nationals, making it difficult for investing founders to reach requirements, as well an application checklist with no set amount (or tiers) for investment.  USCIS, when checking the application will compare the dollar amount with other investments in the industry in order to disprove marginal amounts. At the same time, if the entity were to raise capital, any dropping share of the company below 50% for US share holders would disqualify the foreign investors from the E visa. Therefore, a founder bringing skills, a business, and perhaps an opportunity for job creation may be denied before the company can even be formed. With this, Silicon Valley has decided to speak out about the stifling affect of immigration law and the impacts that have caused crippling of the American tech industry.

In Silicon Valley’s favor, “U.S. Senators Jerry Moran (R-Kan.) and Mark Warner (D-Va.) have authored bipartisan legislation aimed at jumpstarting the economy through the creation and growth of new businesses” through the reintroduction of the Start Up Act. Originally introduced by Senator Kerry and Senator Lugar in 2010, the act was reintroduced in late 2011 based on opinion that company creation could be a strong push towards job creation. “The Startup Act outlines a five-prong approach to job creation based on the proven track record of entrepreneurs:

According to the official press release on Senator Moran’s blog.

The act is not only to change investment regulations into new businesses but also opened the doors to reforming the Sarbanes-Oaxley Act, which has scared recent foreign investment. On immigration, the Act would create “an Entrepreneur’s Visa for up to 75,000 immigrant entrepreneurs who register a business and employ at least two non-family member employees, and invest in their business within one year of obtaining the visa,” as outlined by Watson Immigration’s summary of the act on their blog (http://moran.senate.gov/). “Current H-1B Visa holders or those who have completed graduate level work in a STEM field would qualify; and encourage successful pro-growth state and local policies by studying state laws that affect new business formation and economic growth.”

But not so fast, as the law is still a proposal and not predicted to be enacted until at least later this year. To speed growth, some companies and venture capitalists, most notoriously Blueseed, feel so strongly about “U.S. immigration law choking the flow of ‘bold and creative’ entrepreneurs into Silicon Valley (Garling, Wired)” that they are building a floating IT fortress. The ship will be a place “where entrepreneurs can be ‘bold and creative’ right next to Silicon Valley without actually setting foot on U.S. soil,” as reported on by Wired Magazine’s Caleb Garling. Yes, it is a floating crusade to be located 12 miles offshore of San Francisco free from immigration regulation. Wired goes on to tell us “this is more than just an idea. Big-name venture capitalist and PayPal founder Peter Thiel just sunk some cash into the Blueseed crusade,” releasing detailed mockups of the plans in December of 2011. Although until this “floating Fortress” becomes an immigration reality we are left to rely on the current visa choices, which don’t bode well for the emerging foreign entrepreneurs looking to found companies on US soil. 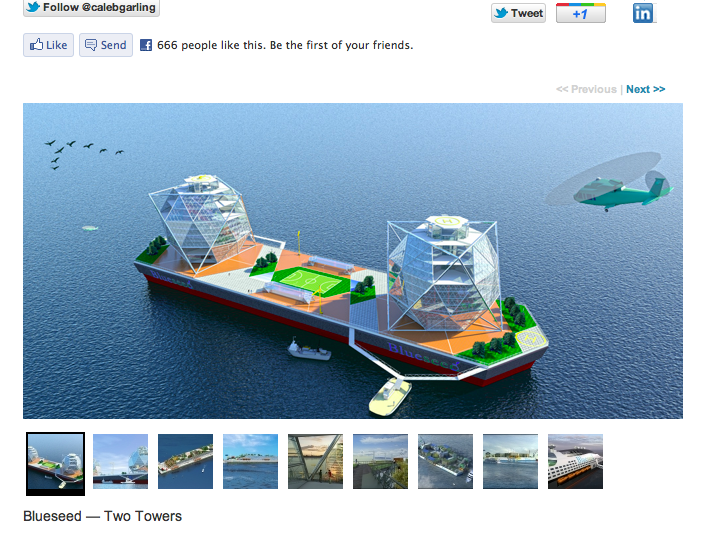 Photo of mockups taken from Wired article by Caleb Garling

In fact, “25% of the US science and technology companies founded had CEOs or lead technologists who were foreign born,” going back to MorganLewis’s recent account of the current immigrant statistics. In Silicon Valley, the numbers are among the highest for the amount of companies submitting applications for visas, as well as for the number of immigrants currently working as founding entrepreneurs. With H1B caps at 65,000, plus another 25,000 for individuals with post-graduate degrees from the US, based on employment sponsorship, where are founders to turn for the right to create an entity. 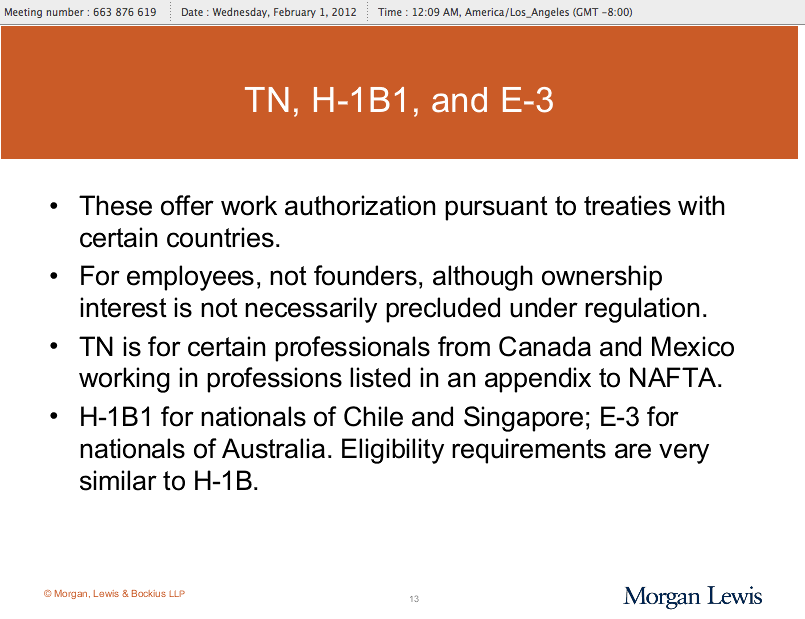 According to MorganLewis it is much harder for owner beneficiaries to get an H1B, restricting founders from being classified as they must prove employment by an external entity. Even the L-A visa created for managers, executives, and specialty talent require an entity abroad that must be held during the entire duration of your visa (up to 7 years) in which, the applicant must have worked at for at east one-year prior. Mark Zuckerberg certainly would not have made the cut for this right to form Facebook, with his beginnings from his college dorm room.

Although, in the case of Mark Zuckerberg, the opposing side may argue he may never had have a chance if an immigrant would have the flexibility to come in and create the company before he did. A side proving hard to argue “with almost 20% of the newest Fortune 500 companies­—those founded between 1985 and 2010- have an immigrant founder,” employing hundreds of thousands of US nationals, proving that the numbers show a need for reform (more from the Morgan Lewis, immigration webinar, 2012).

The Start Up America initiative will extend this opinion by shedding light on internal policies to make life easier for foreign entrepreneurs.  From the front lines of Silicon valley, the immigrant horror stories could fill up libraries of personal immigration battles out of everywhere from Apple, to young immigrants working at the most renowned venture firms, to highly publicized founders deported and running their companies remotely. For many, myself included, whether the solution be a floating fortress or reform it could not come quicker.

Jenna Hannon is a a creative marketing professional passionate about innovation and technology. She specializes in online revenue and acquisition growth, currently at video discovery service, @Fanhattan. She also advises Silicon Valley based start-ups for marketing strategy. Check out her personal blog here: jennaration-y.com