Why Do Apple and Google Want In On the Automotive Industry? 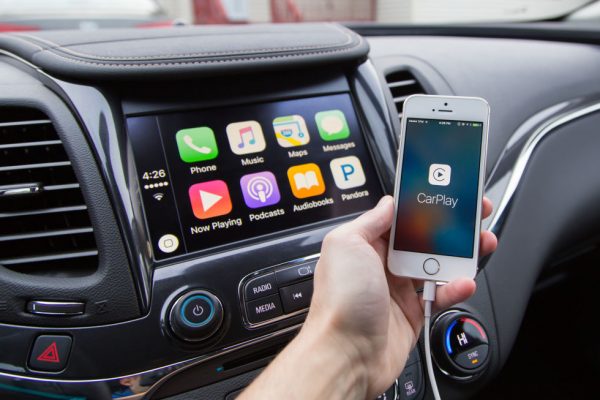 Apple and Google both want in on the connected car market, but current automotive industry leaders are leery about giving them a share of the existing pie. Both companies have been promoting autonomous driving technology for over two years. Apple has been marketing an entertainment and information package for motorists called CarPlay for at least as long. The Google Android Auto operating system for interior touch panels has been around even longer.

Both companies are still turning heads in the media, but it should be noted that neither of them has much formal experience in the field. These two technology giants are entering completely uncharted territory with their offerings. Automakers need someone to pave the way for them, but they want Apple and Google to play by their rules since neither company builds motor vehicles.

The Role of Infotainment Technology

Providing infotainment technology is a way for Google and Apple to get a foot in the automotive industry door. Both companies are major mobile software vendors. Currently they both provide cloud-based services useful to motorists that can be accessed right from a smartphone touchscreen. Automakers are seeking to present this sort of information right from connect car panels. Major carmakers already have some sort of entertainment and possibly GPS technology installed in their vehicles.

There are two major areas where both companies can market their technologies to companies that already have existing solutions. Cellular networks often provide more accurate navigation features than traditional GPS systems. This is an area where Google and Apple both shine. Additionally fewer car buyers want expensive satellite radio contracts. Apple is well known for its entertainment and music brands, which they can integrate right into the driver’s touch panels without much difficult.

One Big Difference in the Two Companies

Apple has long been connected to the entertainment industry. They’re already content kings who can provide music, news, weather, sports and talk radio functionality through cellular networks right to connected drivers. Google has a completely different corporate structure, and the search engine giant has much loftier goals. The company is currently working on a vehicle-specific Android operating system that wouldn’t require drivers to interface their cars with an existing smartphone. This is a much different approach than the one used by Apple, which seeks to interface the iPhone platform with the onboard systems found in most modern motor vehicles.

Google has much more invested in self-driving cars than Apple does. It’s easy to envision a future where Google provides the software for autonomous cars while Apple provides the entertainment for those riding in them. This entertainment market is expected to grow if Google’s long-term plans come to fruition. Drives would quickly become passengers in Google’s world. They would now suddenly be free to pay attention to something other than the road.

How Insurance Rates Will Change

Autonomous cars will quite probably cause headaches for the auto insurance industry that Google and Apple couldn’t possibly predict. Insurance companies will probably be distrustful of the programming code used to drive these vehicles. Computer algorithms aren’t nearly as flexible as actual human drivers when it comes to dealing with different road conditions. Drivers who opt to continue using regular automobiles shouldn’t see too much of a difference. These drivers should still be able to receive the same sorts of discounts by shopping online that they always have according to reports from the iDirect Internet page. For instance, a driver of an autonomous Chevy in the future might actually see higher costs than what current insurance rates are today. The hypothetical BMW or Ford owner would be eligible for discounts the Chevy driver wouldn’t.

Driving Down the Road Ahead

Automakers could easily stomp on either company’s ambitions. They could force both Apple and Google to play by Detroit’s rules rather than Silicon Valley’s. Nevertheless both automakers and tech companies will probably work together since they both stand to benefit from the connected car market sector.