Signaling an overall shift away from costly hardware in favor of affordable cloud-based voice and text messaging services for the commercial and non-profit sectors, CallFire announced that it has surpassed 50,000 users.

CallFire serves clients in a diverse array of industries, from automotive, education and entertainment, to finance, healthcare, marketing and real estate. In particular, CallFire has answered unusually strong demand coming from political campaigns, the insurance sector and emergency notification. CallFire’s cloud-based enterprise telephony platform has been embraced by such major brands as Sprint, FedEx, Home Depot, Allstate Insurance, Curves, Gold’s Gym, the Boy Scouts of America, and political candidates and issue campaigns from both major parties.

CallFire’s business model focuses on providing complete application solutions to businesses, while its open API enables applications to be customized in virtually any fashion.

Founded in 2007 by Ravishanker and a small group of computer science graduates from the University of California, Irvine, the University of Southern California and Harvard University, CallFire has achieved just under $10 million in sales, is profitable and has built that substantial user base–all without venture funding.

“While our competitors have been chasing telecom rates to zero, we have kept our focus on delivering value in both our software and our services, which supports superior margins while providing customizable solutions via our software and API suite,” he said.

CallFire technology is already playing a prominent role in 2012 political races across the spectrum. The technology packs particular appeal for grassroots political outreach, empowering virtual “armies” of volunteer advocates and voice/text marketers at a fraction of the cost of previous technology support tools. Clients have included MoveOn.org, Rep. Ron Paul’s presidential bid, the Arizona League of Conservation Voters and the 2008 California No on Prop. 8 campaign, among many others that have used the technology to more effectively reach a larger base of target voters with actionable messages in real time.

Using CallFire, anyone with a cell phone and a laptop can become a virtual call center. CallFire technology likewise offers a powerful, cost-effective solution for emergency response and disaster preparedness, enabling authorities to mobilize field communications at a moment’s notice.

An integral part of CallFire’s success lies in its entrepreneurial roots. Company founders, led by Ravishanker, made the strategic choice early on to bypass venture capital. “Choosing to bootstrap over raising venture capital has forced us to build a profitable business,” he said. “It may have taken us a bit longer than if we had been venture-backed, but we’re now in position to make major strides in the market, thanks to our healthy balance sheet and profitable business model. CallFire will continue on a strong growth trajectory throughout the remainder of the year, driving revenues for the company as we work to transform the telecom category.” 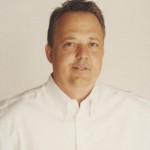 Earlier this year CallFire, in a move designed to raise its profile in the telecom sector and further establish it as a leader in cloud telephony, CallFire announced that NetZero co-founder and former CEO Ron Burr has joined the company’s executive team as Chief Revenue Officer.

A web telephony pioneer and serial entrepreneur, Burr will oversee sales and marketing while expanding the range of clients served and building vendor, partner and investor relationships, according to CallFire CEO and Co-Founder Dinesh Ravishanker.

“We are excited to welcome a leader of Ron Burr’s caliber to the CallFire executive team,” Ravishanker said. “Ron’s extensive industry experience, knowledge and relationships will be invaluable as CallFire builds both mind share and market share in the burgeoning cloud telephony services marketplace.”

“Dinesh and the other co-founders of CallFire have proved they have what it takes to thrive as a team during the many ups and downs of bootstrapping a company and building a world-class technology platform,” Burr said. “They have the energy, the passion, and the integrity it takes to transform this sector. I look forward to contributing to that achievement.”

An Internet industry pioneer, Burr founded NetZero and saw it through early growth to its dominant position as one of the world’s largest Internet Service Providers. In addition to holding eight Internet technology patents in online advertising and market research, Burr was named one of the “25 Top Unsung Heroes of the Net,” by Interactive Week, one of the “21 people leading us into the 21st Century” by Response Magazine, and one of the “Top 50 IT executives at xSPs” by InfoWorld.

He joined WebVisible, a leading provider of local online marketing software and services, as chief operating officer in 2009 and was elevated to CEO in 2010. Prior to that, he was chief product officer for LRN, the leading application service provider for online education and solutions enabling clients to manage enterprise-wide governance, ethics and compliance processes. He also served as chief strategy officer of Jambo, a leading pay-per-call Internet company targeting local business; CEO of Layer2 Networks; a partner with international IT consulting firm IMPACT Software; a senior technology consultant for IBM; and vice president of software engineering with Vault Corporation. Burr also serves as advisor and Board member to several technology companies and venture capital firms.