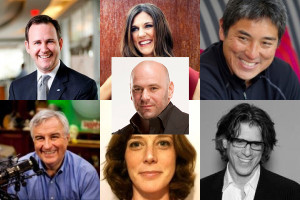 TechZulu had the pleasure again this year to help bring all the New Media Expo (NMX) 2013 Keynotes sessions live.  If you missed out on the keynotes live we have all of them for you on demand.

Dana White discusses The UFC’s rise to become one of the leading global sports brands through success with social media, community engagement and game-changing steps including connecting pro athletes with fans online.

Guy Kawasaki Talks About “Artisanal” Publishing, also covering a wide range of topics from using social media to build a Guy-like platform, the mega battle between Facebook and Google+, Apple versus Android religious issues, and the dumbest things you can do with social media.

Scott Monty Speaks on Community and will gave an update on Ford’s progress, shared what they’ve learned when launching two major vehicles – the Ford Escape and the Ford Fusion – in a single year. Scott shared a few secrets that any companies can adopt for their own purposes.

Amy Jo Martin Speaks about Social Communication, developing a proprietary equation to measure a brands Return on Influence (ROI). This equation paired with her social media mantra, that humans connect with humans not logos, has proved that social media can be monetized. and shared insight about how this equation has worked for clients including: Shaquille O’Neal, Dwayne “The Rock” Johnson, and DoubleTree by Hilton. Amy Jo will explore how social media gives every human the power to make positive change.

Stan Slap is credited with revolutionizing performance for some of the world’s biggest, smartest and fastest companies — developing explosive growth strategies and the cultural willingness to implement them. Stan Slap is intent on making a profound difference in the world before he’s forcibly removed from it.

Leo Laporte Talks about Building a Podcast Community and how podcasting is changing the world of media.