The Future with Social App Invasions | Snapchat, Then Came ‘Yo’ and Now It’s Emojli

Fact: social media is among the top most powerful communication tools today. And why is that? Pew Internet Project’s research on Social Networking reports that as of January 2014, 74% of online adults use social networking sites. Digital Insights reports in their 2014 Social Media statistics that Facebook has 1.01 billion active mobile users monthly as of March 31, 2014, while Twitter has 255 million active users. With lots of people converging on the social media arena to engage, connect, and share with people wherever they may be, emphasis is put on quick exchanges of messages. And this gives way for mobile messaging apps.

There’s an app called Yo that sends a uniform message to your contacts. Along with this, tech experts have also developed other social apps for both Android and iPhone users, focusing on photos and icons. There’s Snapchat that uses photos and then instantly disappears after 10 seconds, and then there’s the up-comer, Emojli, that uses tiny cartoonish icons for engagement. But what does the future look like with the social app invasion? Will it be the next big thing after Google and Facebook?

Snap Away with Snapchat 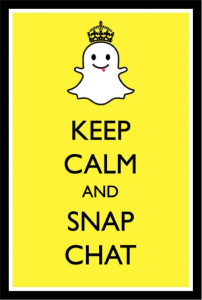 Snapchat, founded by Bobby Murphy and Evan Spiegel, boasts of its massive following among kids and teenagers. And it doesn’t come out as a surprise because its features appeal to them, thanks to its relatively private nature. Parents have no access to the app and have no way to trace their children’s tagged photos, which literally last for 10 seconds (or even less). The founders share in their very first blog post in Snapchat that it “creates a space to be funny, honest, or whatever else you might feel like at the moment you take and share a Snap.”

But it also has some issues, like photos which can be undeleted, since a forensics examiner has showed how he can restore deleted Snapchat photos from an Android device. It also tackled a privacy issue last May 2014 and it has entered into a consent decree with the FTC (Federal Trade Commission) since it committed a violation against their privacy policy revolving around disappearing messages and security. It was reported that it exposed 4.6 million usernames and phone numbers that enabled attackers to collect the said information. And with teens always accessing the internet, parents need to remind their kids that they also need to slow down and tame their social media self once in a while.

Photos lasting for just 10 seconds doesn’t mean they’re totally gone. It can still be caught through a third party app or a screen cap. Looking at the other side, Snapchat still has good uses, such as putting your photos to your “story”, much like your own page that is visible to your contacts. You can also send photos to your friends individually. 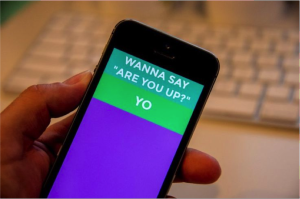 If there’s an app that is very simple in nature, the Yo app belongs to that category. It is considered as the “simplest and most efficient communication tool in the world”, developer Or Arbel says. Pick a username, and then connect with your friends using the app by selecting them and sending a push notification that reads “Yo” and features an audio that says “Yo”. And that’s it.

Arbel shares that the app was created because of his former boss at Mobli, Moshe Hogeg. Hogeg asked Arbel to create an app with one button so he can call his assistant without having to use the phone or the text message service. Initially, Arbel didn’t want to do it but he eventually did and now the company received another $1.5 million in venture capital after getting the initial $1 million dollar last month.

The Yo app is not just a simple app, according to Arbel. He likes to call it context-based messaging by understanding the context of what is being said through the app. As of June 17, it has 50,000 users and has sent a total of 4 million messages. Future plans for the app includes commercializing it so that it can be a platform for companies to alert people when they have something interesting to offer them.

Say It with Icons—the Emoji Way

Emojis, or the tiny cartoonish icons people use to express themselves, together with digital stickers, are becoming the next big thing in the mobile messaging arena. The founders of Emojli, Matt Gray and Tom Scott, believe that it’s time to get rid of words and focus on these icons for communication. They are launching a new social network, Emojli, to better use these icons for everyday engagement in the realm of social media.

As of July 2, their official Twitter page reports 50,000 usernames have been reserved. They plan to launch on iOS by early August, Android following thereafter. The Emojli social network will feature only Emojis. No words and no spam involved; just the said icons will be used in communicating with others.

Parmy Olson also reports in her article that their biggest market at the moment might be in Asia, since the trend of Emoji-chatting is already huge, with people using only icons such as Emoji symbols and even purchasing digital stickers to add flavor to their daily mobile conversations.

If you’re thinking that there might be shortage with Emoji icons, don’t fret. There are over 250,000 two-icons available for emoji download. The founders shared to Wired.co.uk that the social network came from the social network Yo and the new emojis to be released by the Unicode consortium. They had the idea that usernames should be in emojis too. Laughing out loud, they decided to go for it and they will launch it as a stand-alone website.

It seems that these apps are in equal footing, but the reality is that they have their own niches and it offer different unique features to each of their target users. Mobile-born apps can be at par with large social media networks, if they will continue to offer what these large networks don’t have. As long as issues such as privacy and safe usage are dealt with, people will likely continue to say “Yo”, snap and put an Emoji thumbs up sign to these messaging apps.