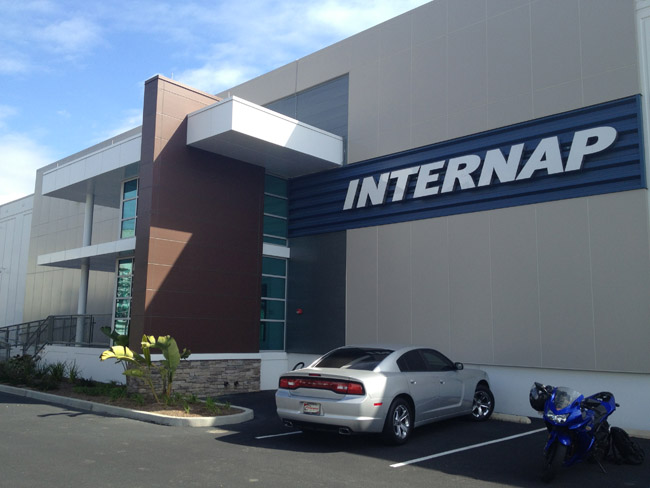 If you’ve been following TechZulu for any determinate amount of time, you know that the LA Tech scene/community has been growing at a fantastically ridiculous pace.

Let’s face facts, LA’s Tech Scene is not only growing, it’s established. With new Startups popping up almost daily and the vast amount of Co-Working Spaces becoming ever so increasingly available, the foundation to sustain all the free-flowing wealth of data needs to improve. To support this growth, Internap has not only taken notice, but in response, has jumped leaps and bounds ahead of their competition to provide a foundation of support structure that Southern California needs.

I assume that if you have any type of dedicated servers, Managed Hosting or Enterprise IP, you’ve heard of Internap, if not… take a little time researching on Google before you pony up the big bucks next time, will ya? Kidding aside, Internap is one of the nation’s heavy hitters when it comes to providing IT Infrastructure solutions to businesses through a wide variety of services. They’ve got so much faith in LA Tech that they have opened a facility that provides room for continual growth in Redondo Beach, right off the 405.  I was given a tour of this new facility by the Sales and Business Development Manager,  Matt Easton and  Datacenter Manager, Joe Wilson and I’m being completely and unabashedly honest when I state that this place is a bit more than impressive. 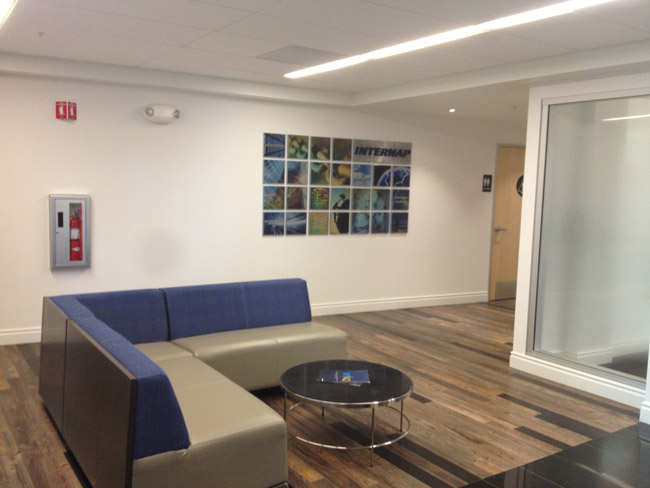 The first thing I thought about after leaving the facility is that it’s a fortress. Not the usual industrial, evil villain’s lair kind of fortress, but the type of place you would run towards in the event of a large catastrophe. Not only is the 55,000 square foot facility huge, everything in it is seismically braced making it as seismically sound as a Government Building. In addition to size, Internap thought ahead and loaded up on the power. With 800kW of available Utility Power, they’ve also got a 600 kW Catcher UPS System to back it up and always keep their customers at N+1 Concurrent maintainability. Meaning, that if “the big one” does in fact come in our lifetime, your server is likely to still be accessible to the outside world while you’re scrambling to find a source of food.

Internap also knows that those involved in LA Tech are very green centric and made a game changing decision to ensure they are not only Energy Star Certified, but also Green Globes Certified by designing their facility from the ground up for energy efficiency. Through the use of high-efficiency lighting, HVAC systems and intelligent control software, Internap’s new facility has been able to create almost a 50% energy use reduction compared to similar buildings. Add to that the fact that they’ve chosen to use low-VOC products that reduce air contaminants and harmful gasses, they also made the decision to purchase all of the power utilized for their offices from renewable resources. They may be new to LA, but I think they get it.

Redondo Beach may seem s a little out of the way, but a deeper probe into the data shows that not only is Redondo adjacent to media and entertainment companies, highways and hotels, but being so near the beach, the facility’s roof mounted chilling and cooling system doesn’t have to do a lot of work. That cool beach air, although UV filtered before entering the facility via 8 columns pumping 300 tons of cooled air is just as refreshing inside the Phase 1 Server room as it is walking down the promenade. 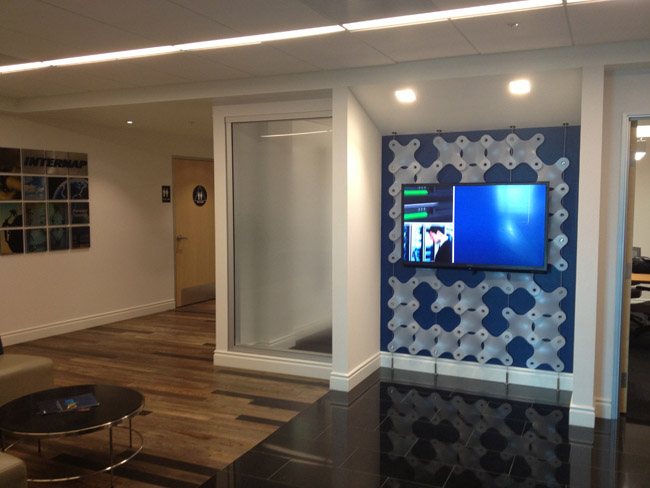 I’ve also got to mention how interesting the build of this facility is. Although the air filters and fans are located on the roof, the entire infrastructure is located beneath the floor. I thought it was a little out of the ordinary at first, but then I pondered on the benefits. By raising the floor of the facility by 3 feet, Internap was able to keep all of the ducting invisible and out of the way. In addition, if anything ever needs to be accessed or modified, dust will never have to drop into the facility, ensuring that the facilities environment is never altered. 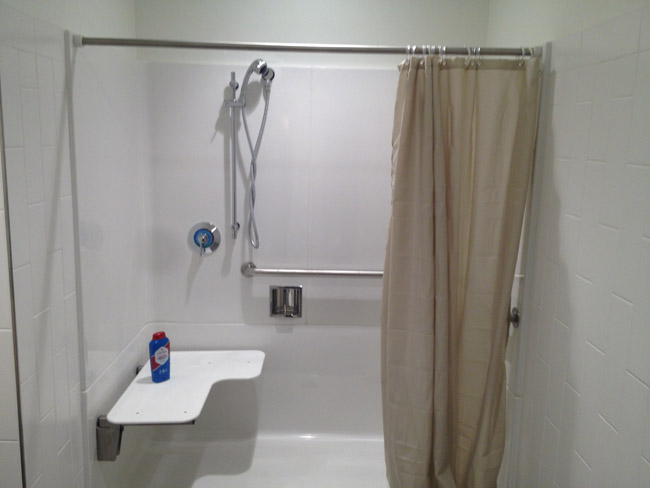 Internap’s Redondo Beach facility isn’t just for server space however. Oh, no, no my friends; the facility also boasts two meeting/board rooms, a huge communal kitchen, individual desk space with available IP phones, a clean and bright kitchen and a game/lounge room with couches and the latest gaming systems connected to a beautifully large HDTV. Lest we forget, if you end up having to work late into the night and need a quick refresh, Internap’s facility has available shower rooms to keep ya awake and clean. I almost want to move in.

If you’re in the market for managed hosting, cloud environments, a unique solution that connects your co-location and want to help promote a company that has not only your companies best interest in mind, but also the environment’s Internap is a go-to group.  Reach out to there local Startup Guy Matt Easton for help or any questions.