Internet of Things (IoT) – What’s Next in Automotive?

Do you remember movies about the future where everything is controlled by machines? Look back at the Skynet computer from The Terminator, V.I.K.I from I, Robot or Alice from Resident Evil.

Seems terrifying, right? In each movie, the computer evolves and takes control of everything. But don’t you find this story rather similar to what we are witnessing now? Take Watson, IBM’s artificial intelligence platform as an example: it has advanced significantly since it handily defeated human opponents on the Jeopardy game show four years ago. Luckily, we are still in control of the machines, but who knows what can happen with all the connected devices and smart computers? Why would Elon Musk donate $10M to make sure AI doesn’t follow the path of Skynet? Technology is a useful servant, but a dangerous master.

The Internet of Things in Numbers

According to Gartner, there will be nearly 26 billion devices on the Internet of Things by 2020. ABI Research estimates an even higher number of more than 40 billion wirelessly connected devices. The most skeptical readers may argue these are just predictions with no solid proof. So, what do users think?

Pew Research Internet Project recently conducted a survey on the IoT, and 83% of respondents, both technology experts and keen Internet users, agreed that the Internet of Things, embedded computing and wearables will have far-reaching, and at the same time, useful effects by 2025. Whether you like it or not, the IoT has made its way into our lives. Indeed, being an extensive concept, the IoT covers a wide variety of devices: from heartbeat monitoring implants and biochip transponders for farm animals, through automobiles with built-in sensors, right to field operation devices that assist fire-fighters in search and rescue.

Automotive and the IoT

When I was a child, I dreamed about a self-driving car that communicates with other cars and infrastructure, just like in the Minority Report with Tom Cruise. Now it looks like the future is much closer than I thought.

How and why should the IoT be applied in the automotive industry? The market for connectivity solutions in vehicles is growing. Vehicle manufacturers and mobile network operators have been signing deals for several years, and these partnerships are expecting to introduce vehicles with embedded connectivity to market in 2015. By 2024, it’s estimated that 89% of new cars sold worldwide will have embedded connectivity.

Control Your Car from Your Smartphone

A few years ago, I installed third party GSM and GPS modules on my car and connected it via a CAN module to the car’s systems. It allowed me to control my car via SMS, calls or very simple Android-application: (un)locking doors, activating alarm, warming up the engine and many other functionalities. Additionally, the system let me track my car’s location and record routes and parking spots.

At that time, no car manufacturer was offering a native solution of this kind and I was proudly showing it to my friends. Now, it is no longer an innovation. This is a must for any new car coming in 2015—no car owner expects any less than that, right? There are already several car manufacturers that offer their native solution, such as On Call from Volvo, Mbrace by Mercedes and Hyundai’s BlueLink.

The only question that may bother you is the security of connected cars. Safety is critical, and car manufacturers should involve security architects while building such solutions, otherwise your personal data or even the car itself may be easily stolen.

All IVI systems are strictly controlled by safety and security regulations. If you are a Tier1 company, you will definitely look for a software development partner who knows these regulations and has security certification such as ISO 27001.

Today’s market offers a variety of prebuilt IVI systems designed according to Genivi standards or similar specifications that can be modified and adapted to your car brand and model.

But who’s the leader in the automotive market? As you must have guessed, QNX is currently rocking with a 53% share in 2013, and over 60% in 2014. And the rumor says that Samsung is willing to buy QNX. Will QNX be driving Automotive Infotainment as Android drives mobile? Time will tell.

And what about Apple’s CarPlay or Android Auto by Google? They are not fully functioning IVI systems, at least for now. They are just add-ons to a regular IVI system—a kind of overlay with plug and go functionality. In short, they offer extended screens with limited functionality and limited access to your car systems. There were several attempts to put Android directly in the IVI system, but the time hasn’t come yet.

I am a fan of Android devices and I am a user of one, but I must admit that the device is not stable enough and freezes sometimes, and that is not acceptable in the car. The system should be loaded as soon as your turn on the ignition, and Android takes time. That’s probably a reason why Google decided to go with the newly developed Android Auto. But do you find it OK for Android to be just an overlay or add-on? Google wants it all. Reuters says that Google is aiming to go straight into a car with the next AndroidM, so you don’t need to connect your phone. That means that Google may be developing a pure IVI system. Let’s wait and see “the battle” between QNX, who already owns the space, and Google, with their ambitions that tend to be achieved. Are you ready to bet?

Are You Ready for the Smart City? 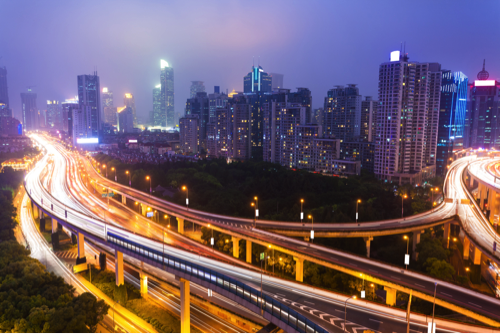 A few years ago, rearview cameras were an innovation and a good add-on to parktronic systems, but today it’s just a regular feature. I remember that for my father, who just got a new car with this feature, it was a technological breakthrough akin to something from a Back to the Future movie. Now we have several car models that can track lanes and do automatic parallel parking, and this is only the beginning.

Today, many insurance companies offer pay-as-you-drive auto insurance by plugging a simple OBD2 device into your car, which tracks your mileage and driving patterns. Less mileage and safer driving equals lower bills for insurance. Pretty amazing, right? The Internet of Things in Automotive will enable a car to communicate with the infrastructure. What does it mean? First of all, a car will communicate with other cars, so actually, a car becomes a huge sensor or set of sensors. Communication between cars will provide precise data about traffic jams, car incidents and road works, and of course, is likely to lead to a reduction in the chances of a collision.

This will make life easier. However, let us dig deeper: a new concept from Volvo works in tandem with its latest car technology to detect possible collisions with cyclists. To show how it works in practice, a bike helmet will be able to tell you when a Volvo is getting too close. Now imagine that your car can communicate with road signs and traffic lights. So, if you break the speed limit or make a wrong turn, all data could automatically go to the police and a fine would be issued and sent to your home, which in theory should lead to a reduction in car accidents—welcome to the safe driving mode. 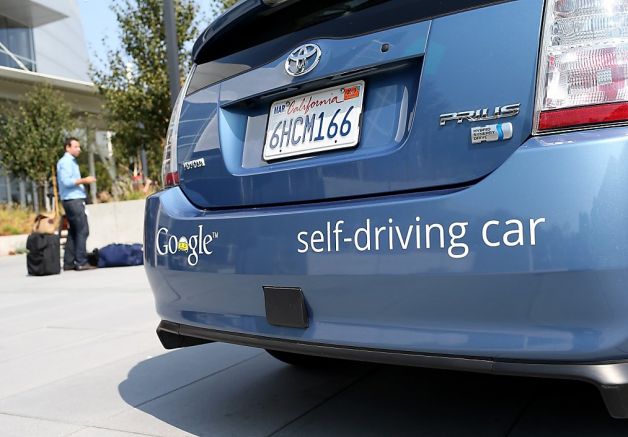 Once a car is connected to the city infrastructure, it would be easier to find a free parking lot or even book it before arrival via an inbuilt infotainment system—excellent time saver, isn’t it? And the next phase would be an autonomous car or a self-driving car. You’ve probably read about

You’ve probably read about Google testing their self-driving cars in California, right? At the beginning of February, Uber announced it had partnered with Carnegie Mellon University to develop driverless car and mapping technology. And did you have a chance to see the futuristic self-driving Mercedes-Benz F 015 concept presented at the annual Consumer Electronics Show in Las Vegas on January 5? Even if you are too skeptical and not impressed with self-driving cars, how about the flying car AeroMobil? Are you ready to take the passenger seat and give away control to a computer?

So, What’s Next in Automotive?

The Internet of Things is not just knocking on our doors—it steps in without prior invitation. What about the Internet of Cars? Who will lead the way: Google? QNX? Samsung? Verizon? Or maybe your company? As Goethe said: “In nature we never see anything isolated, but everything in connection with something else which is before it, beside it, under it and over it.” This truly applies to the Internet of Things. The future is right behind the corner. Are you ready for it? 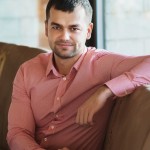 This is a special guest post written by Volodymyr Semenyshyn.

Volodymyr Semenyshyn is a Solution Service Product Manager at SoftServe Inc., and a contributor to the SoftServe United blog. He brings a unique perspective to his clients, having received his BA in International Trade and Law from Carelton University of Ottawa, and his PhD in Economics from Ivan Franko National University of Lviv. Volodymyr’s focus for the last 9 years has been applied to the Automotive, Education, Media, and Professional Service industries. In addition, he has acts as a business trainer and has won multiple marketing awards.