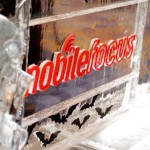 I entered Pepcom’s Mobile Focus event with heightened excitement after driving through the busy intersections of Downtown San Diego’s rickshaw littered streets. I grew up in this city, so I never have a problem finding an excuse to set foot in my hometown; and even better to check out Pepcom’s vampire themed party with dozens of tech companies eager to show off their latest mobile gadgets, software, products, and perhaps, some innovations.

Immediately greeted by smiling Pepcom volunteers and a couple of vampires, the swag hunt started early with Elvira dressed beauties handing out vampire fangs and ice cream sandwiches. I’ll skip the fangs thanks, but I’m all for working on my subcutaneous winter warmth. The scaled down events just have a different dynamic, less of a zoo, and more of a place where the startups and fledgling companies can really get some in-depth coverage for their products. 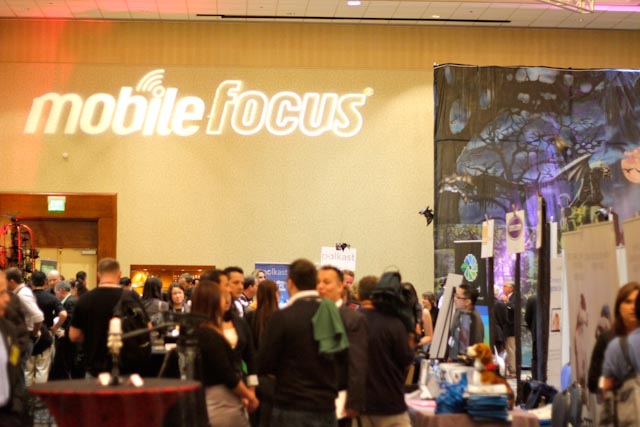 The room was filled wall to wall with execs, PR, and marketing personnel from a dynamic range of companies: from some of the biggest mobile device companies in the country to the single-app startups, there was a little bit of something for everyone. Literally, I mean everyone… pets included, with Tagg, a Qualcomm backed venture that allows consumers to track their dogs via mobile or computer access.

Not to say though that the event was only for the quirky; with just the sheer momentum the mobile market has picked up throughout 2011 (many thanks in part to the heavy artillery arm’s race that Android makers have declared on Apple), I have no doubt that Android devices are going to keep upping the ante with this ongoing horsepower war. While CES 2011 was all about the tablets, I believe  2012 will definitely be the year of mobile as Android friendly manufacturers look to continually one-up the iPhone 4S, whose debut received a slightly lackluster critic welcome. 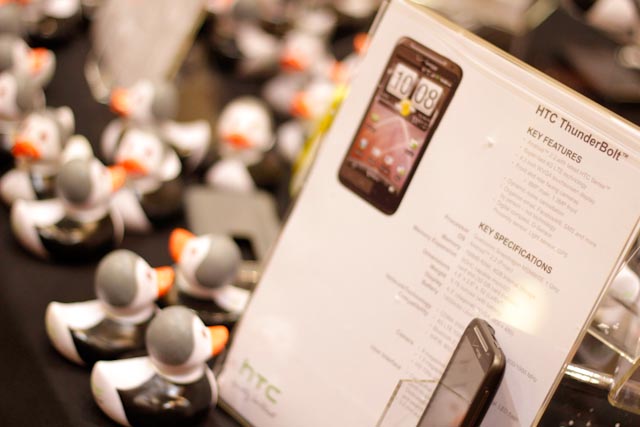 Aside from Snapseed’s slick iPad-based UI with startlingly robust picture editing capabilities, HTC’s always-gorgeous phones and Phiaton’s high-end Bluetooth ear buds (perfect for audiophiles that make full use of their phone’s Mp3 players), the other two things that really caught my attention were focused on two subcategories of mobile computing: 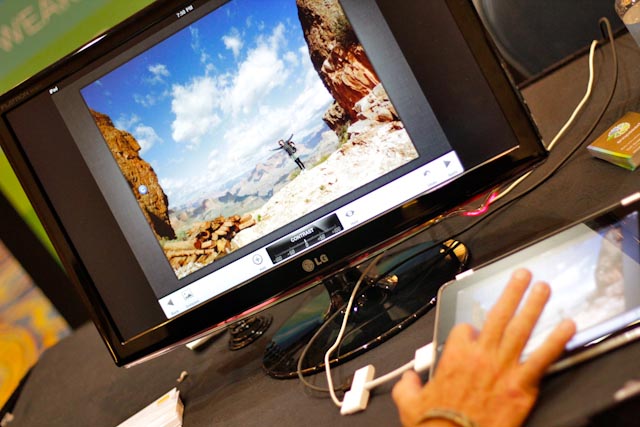 With Payment One and TyFone’s iCashe. Payment One enables one to direct all online purchases and charges directly to their wireless carrier’s bill thus eliminating the need for leaving your credit card info all over the internet like a virtual litter. Definitely nifty for those that value a high level of security for their online shopping.

This one just made sense to me with companies X1 and Polkast, which have developed apps that allow users to securely access their home computers through their phones and tablets; essentially creating your own personal cloud service. (I already like the idea of having 500GB vs 5GB readily available to me a lot more). 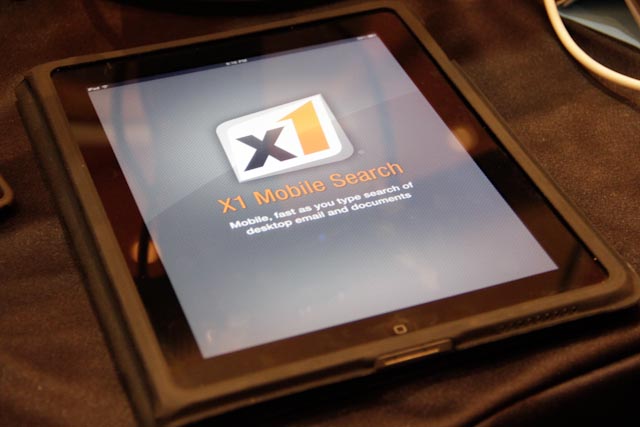 But for me, the ones that stole the evening was Mobeam, a Silicon Valley based company that are hard at work to make our phones compatible with barcode scanners. (Have you ever tried to run a barcode image from a ticket receipt or a coupon through a scanner? Frustrating isn’t it?) Through some friendly conversation I learned they’d just secured a solid round of funding, and overall, I had a great time speaking to company CEO, Christopher Sellers, and COO, Marcia Donner about the company. It was good to hear their excitement about Mobeam’s development and next steps… Cause well, it just makes things just a little more enjoyable when the reps are slightly more passionate about their product. 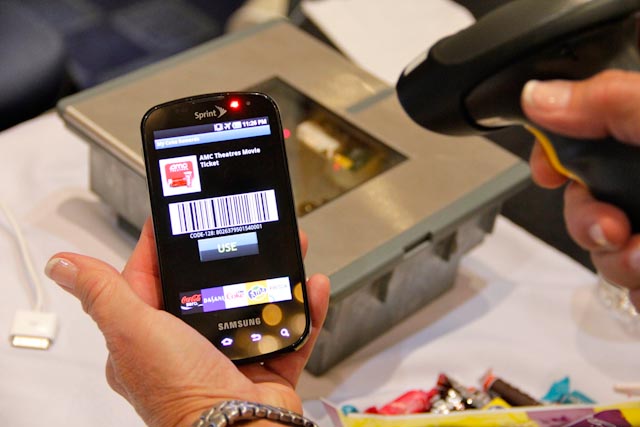 I initially felt bad for reacting to Mobeam’s life’s work with a quickly blurted phrase, but Sellers assured me he also shared my sentiment. “BUT IT’S SO OBVIOUS”. I exclaimed.

Some other notable show highlights included Cricket’s Muve announcements, international telecom giant Hua Wei’s introductory products to the US market, and the launch of Cars.com’s mobile/tablet app. And the most… interesting? Seeing the Samsung Galaxy 5.0

($270) in person. Holding the (almost) Kindle sized media player in my hand made me wonder just how far off we are to having phones with 5″ screens be the standard. And no, it doesn’t handle 3G. Wifi Skype calls with your large phone only please (pictured at very bottom). 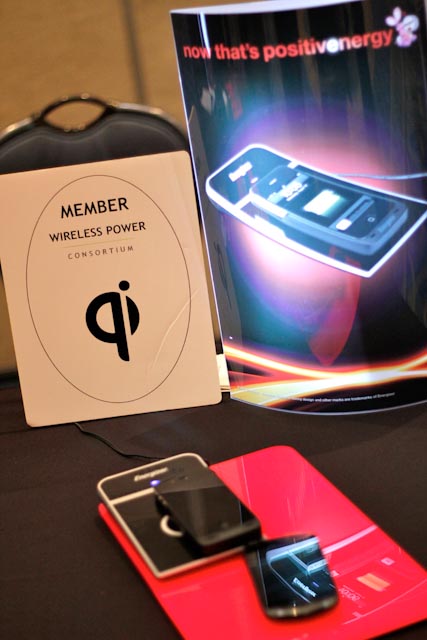 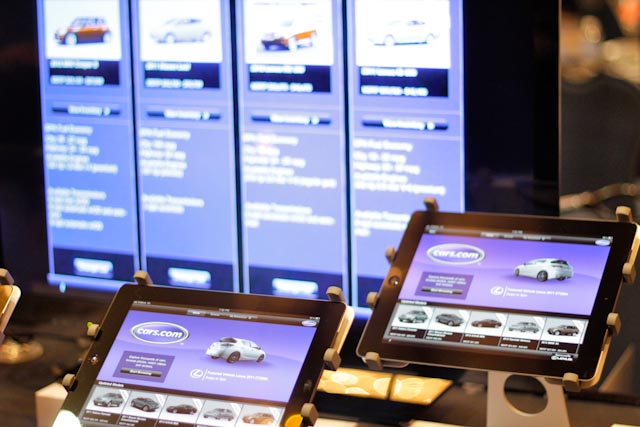 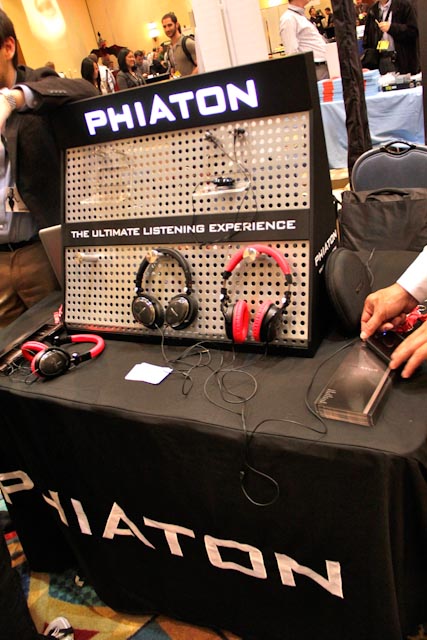 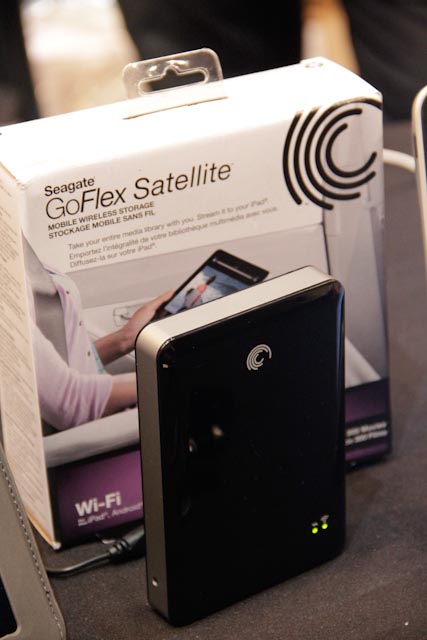 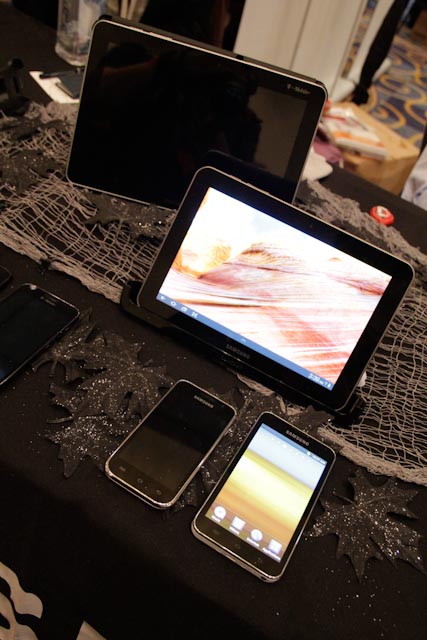 A huge thank you to Pepcom for throwing a fun event in my hometown. Luckily it gave me a chance to go for some late night taco runs. And if you’ve never had the Mexican food in San Diego… stop what you’re doing and go. Now. 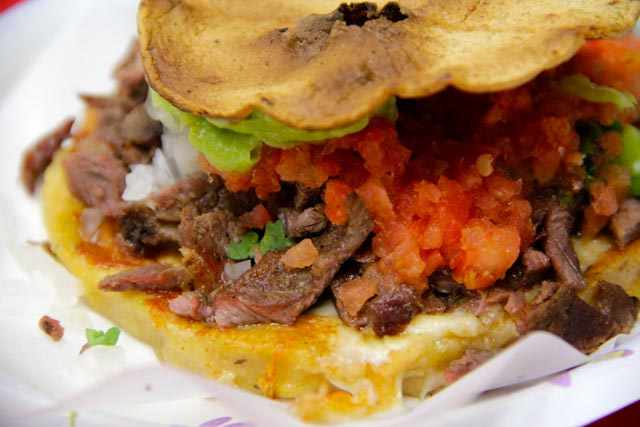 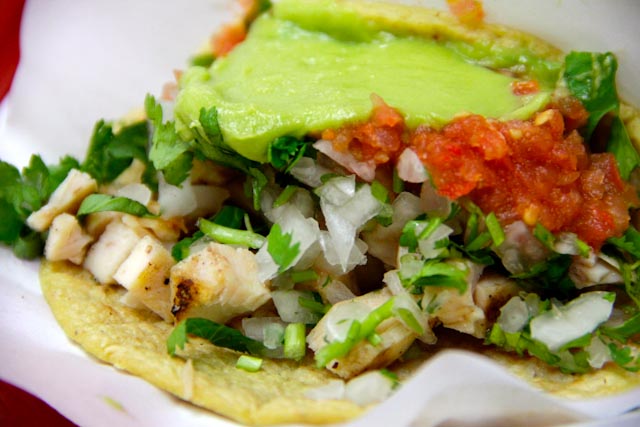