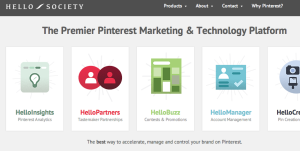 Full-service Pinterest marketing and technology startup – HelloSociety recently announced it had driven $30 million in additional sales revenue for its over 350 brand clientele through Pinterest.

The Science Inc accelerated startup also said it had delivered 2.9 million new users and 22 million unique page views to its clients’ sites as a result of its effective campaign execution. 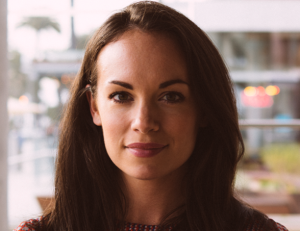 According to Kyla Brennan, founder & CEO of HelloSociety, “Pinterest is undeniably one of the most exciting social networks to emerge recently.”

“It’s established itself as a leading source of organic sales referrals and we find creative ways for brands to help keep it that way while seeing incredible results as far as significantly increased site visits, sales and brand awareness. Our goal is to design effective marketing campaigns that are a natural fit with the Pinterest community and actually enhance the user experience of organic discovery,” Brennan added.

The incredible results were also due to companies implementing a combination of HelloSociety’s awesome suite of applications: HelloPartners – a tastemaker partnership program, HelloInsights – a comprehensive analytics dashboard, HelloBuzz – a Pinterest contest platform, HelloCreative – a creative toolset for pin creation, and HelloManager – a Pinterest account management tool.

Apart from the suite of software applications above, HelloSociety, helps present and optimize its client’s content on Pinterest, resulting in increased reach and direct sales on their respective websites.

The startup’s tastemaker network is comprised of more than 250 influential pinners in fashion, home décor, beauty, DIY, weddings, food and travel and many more with an average reach of 1.8 million followers.

Recently, HelloSociety surveyed 100 of its tastemakers and found that 52 percent are between 24-34 years-old, 57 percent have a 4-year college degree, 88 percent purchased a product they’ve pinned, and they average 107 re-pins on each image shared.

Shareoholic which studied over 200,000 publishers, most of which are its subscribers, found that Pinterest’s referral was topping Bing, StumbleUpon and Twitter.

With 28 Million Users by December 2012 Pinterest commands a huge social network that’s the population of New York City, three and a half times over. Pinterest users also spend more money, according to a Fall 2012 study, Pinterest users spend on average almost $170 per checkout compared to around $95 spent by Facebook users and  $71 by Twitter users and.

Apart from that HelloSociety’s clients gain from the fact that 69 percent  of Pinterest visitors have found an item they’ve purchased or wanted to purchase on Pinterest, compared with just 40% on Facebook. Pinterest  is also good for brands as it holds the number 2 spot for largest social network, ties with Twitter  but bigger than Instagram,  Tumblr and Myspace.

Other advantages of HelloSociety’s clients over others is its suite of executive software and dedicated Pinterest teams running campaigns for firms so they may focus on their core activities.