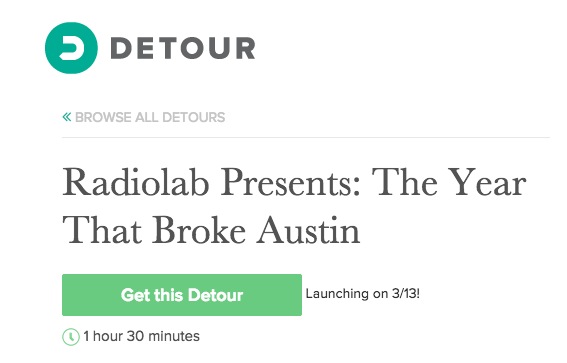 Raise your hand if you heart NPR. Raise your hand if you love science, mysteries and storytelling. Then chances are you might be a huge fan of the NPR/WNYC radio show Radiolab. (Lord knows I am). For those of you that have been missing out, (in this case you should have actual FOMO), Radiolab shares the same sort of tone of familiarity as another NPR show, This American Life, but tends to focus on questions and discoveries more scientific. I caught host Jad Abumrad in Austin, TX where he has been working his audio storytelling magic into a new medium, the audio location-based self-guided tour app called Detour.

Radiolab, and former Groupon founder and CEO, and now Detour founder, Andrew Mason have been in town collaborating on an immersive Austin audio walking tour that will debut at SXSW 2015. The Detour app that launched last month takes the team’s expert storytelling skills and translates them into reality through voices, music, and ambiance.

Detour currently has tours around San Francisco with new tours set to release monthly, with Austin next. It utilizes GPS and iBeacons to allow users to spend as much time as they want to at one spot. Tours are priced reasonably at $4.99 or you can subscribe to a year for $19.99. You can Detour alone or with a group of friends. Detour Austin is free.

Mason’s move into a new startup venture is a big departure from his last business model, but he considers it a passion project. “Hoping we can launch everywhere before long, ” said Mason. “I am doing this because I love it, I don’t know how else to describe it. I hope you like the Detour!”

Abumrad and his executive producer Ellen Horne spoke about their creative process and their experience with this new form of audio-reality-location storytelling at the Austin Paramount Theatre. “This is an entirely new experience and challenge for us,” said Abumrad.

Abumrad discussed the dark moments in creativity between beginning something new and working through the quagmire to a point of accomplishment. He calls this an essential creative transcendence or “gut churn.” Working in this new format induced gut churn for the team.

The Austin Detour story takes place in 1885 and revolves around a year where murder and terror gripped the town in what may be the nation’s first published account of a serial killer — known only as the “Servant Girl Annihilator.” Such a creepy name. 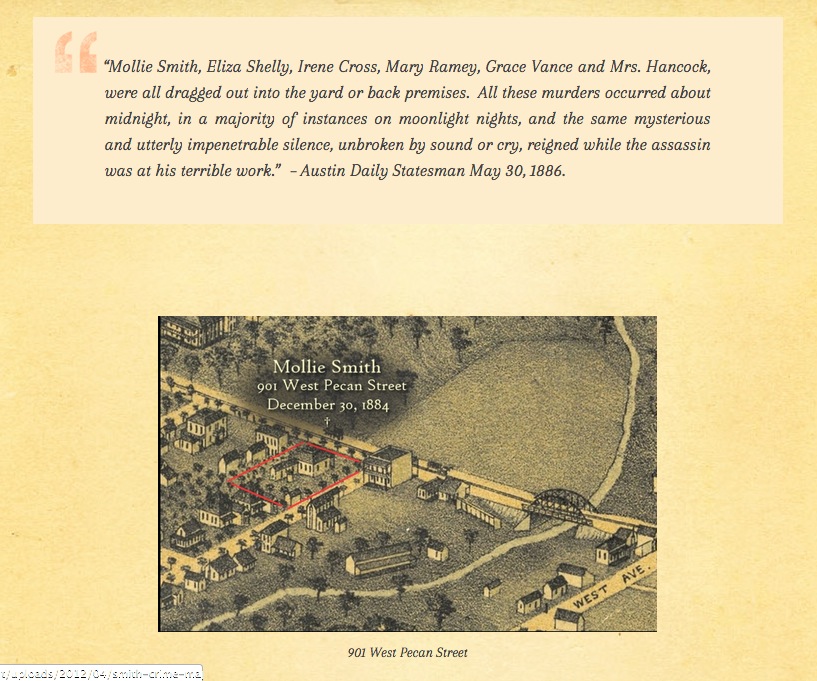 One of the most interesting byproducts of the serial killer was the modernization of the city. Back then, when night fell it was blackest of the black and darkest of the dead of night. Citizens felt afraid and vulnerable knowing there was a killer on the loose when the sun went down. This prompted the city to go high tech and invest in 31 giant moonlight towers made of most advanced materials at the time, carbon arc light. The moonlight towers became Austin’s first street lights and stood several stories high simulating light for up to 1,500 feet. So loud was their hum and so bright was their glare that people passing by were often seen holding their ears and using an umbrella.

(Another amazing radio show called 99% Invisible did a great story just about the Austin moonlight towers worth checking out.) 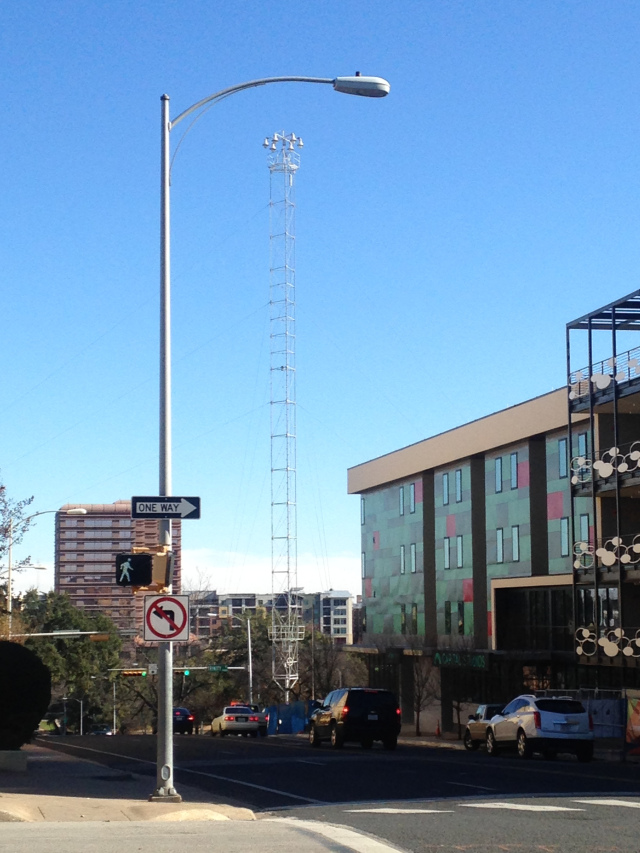 On this Detour, you’ll delve deep into an unsolved mystery, with a maverick journalist as your guide. You’ll get the smell of 1885 in your nostrils, the sound of murder ballads in your ears, and—if you’re in the mood—the taste of tequila on your tongue. You’ll see traces of that pivotal year everywhere, and along the way you’ll encounter stolen hats, secret labyrinths, and one of the best views in town (at one of the most unlikely locations).

Sounds good right? I plan to take this tour shortly and I will write an update. Meanwhile, keep an ear out for the Radiolab story. Check out iTunes and download episodes of Radiolab free.

I will be in Austin during SXSW, if you have a story you want me to check out, feel free to email me.