Software Development | How To Collaborate As A Team 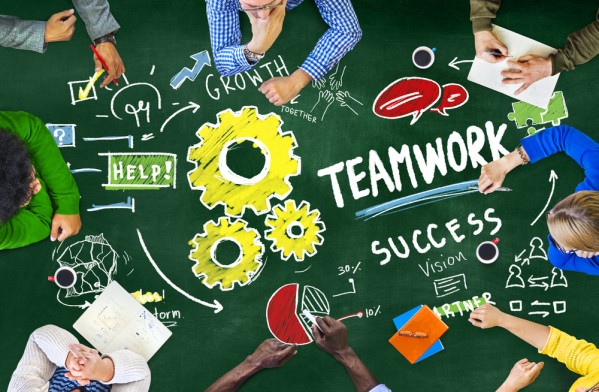 As a creative director at a software development company, I am always looking for ways to speed up our design and development process and to include as many people and teams working on the project, this is the reason why I find an Emergent Software so fascinating.

Ecodelogic has an innovative team of specialists to help you with your custom software development needs. They are also a team like us that can assist and guide you. These teams are usually: business, design, frontend, development, and quality assurance. This can be a real challenge since a lot of the tools that are used by the different teams can take a lot of time to learn and/or setup. Not everyone on all the teams is necessarily a designer or a developer, but I am going to mention free (free features vary by tool), with paid versions, of online tools that I have found to cut down the department silos and work together to get the best possible projects. All these tools below have allowed the teams I work with to use one or more of these tools to contribute and collaborate on a project.

First off, let’s cover the business documentation. If you need to build proposals, presentations or project documentation, I have been using lucidpress.com. This tool is basically a watered down version of InDesign. It allows for live collaboration, you can import content from Google Drive, and the most important feature is the ability to export multiple versions (a printable, web and tablet version) without any extra effort.

Now, let’s cover sitemap and wire-framing. I usually pull someone from business, at least one developer and myself, the designer, into a room and we wireframe out the main sections of the web or app on a whiteboard and then go right into a prototype. But I still do sitemaps in a tool called: lucidcharts.com. It works great with Gmail and Google Apps, and if you pay for it you have the ability to collaborate with others on your team. You can also easily do wireframes in this tool.

For prototyping, the fastest tool I have found, and it happens to just run in the browser is: webflow.com. You do need to know the basics about how to code a site because you are basically dragging and dropping HTML and CSS elements. Then you use the panels in the app to theme your prototype without writing any code. Theses prototypes are responsive, can be previewed, clickable, and can be exported out to full Bootstrap HTML, CSS and JavaScript. You can do complicated CSS3 animations and JavaScript interactions without ever writing any code. Pretty, cool. These are all stored online and if you purchase a team license anyone on your team can dive in and make changes on any computer with an internet connection.

Now that we have gotten this far in the process, what about being able to actually code something and put our project into our preferred programming language and/or content management system. Well, there is a really great online IDE called: codio.com. It is a full stack code editor in the cloud. I have used it to work on WordPress, Drupal, Rails, Angular, Ionic, Foundation 5, Foundation for Apps and Bootstrap projects. It supports many languages and content management systems. It supports Git and if you are using BitBucket, you can login to your BitBucket account and hit the edit in Codio button. When you do this the project opens right up in your editor. Instructions are HERE. You can also use codeanywhere.com with BitBucket, I have not used it as much as Codio, but it seems pretty good. Where I have found these tools really useful is pulling the repos into these online editors and allowing someone that is not necessarily a developer go in and edit content. Then once they are done, commit their changes back into the repo and then pull them into your dev environment. These editors are more than capable of handling an entire project.

I also used Codio in my book to show my live code examples. Codio also allowed me to have a controlled development environment with a full terminal so I could get readers that were really new to the terminal up and running fast without worrying about their local OS. My books code could be set up and running on Windows, OSX, Linux and even Chrome OS in minutes.

There you have it, a list of tools that should be able to help your teams workflow. | Images Provided by Shutterstock