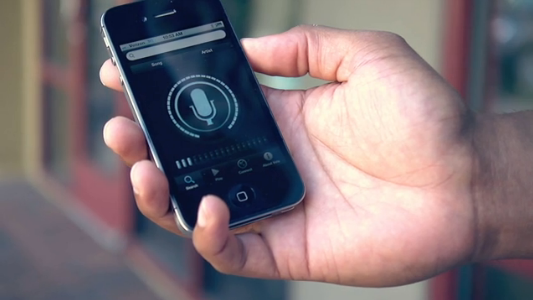 Wouldn’t it be cool if you can tell your iPhone what song to play or what kind of music you enjoy and it automatically pulls up the songs for you? At the moment Spotify or Pandora can help aggregate certain songs for you, but you still need to type out what you’re looking for and at times it takes a couple of steps to get to what you want. The new app, Vela brilliantly solves that problem for you. It is the first app that brings on-demand music using voice technology. 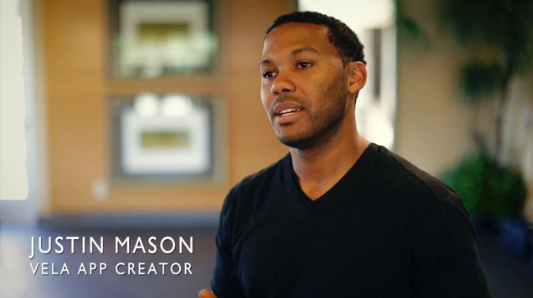 Vela was first introduced to the startup world at the AlwaysOn Hollywood event where it was honored as the Top 25 Companies to Watch for 2012. Founder, Justin Mason gave a compelling presentation describing Vela as the first of its kind as a disruptive music app. Mason came up with the idea of Vela when he was stuck in traffic on the 5 Freeway. “It was stop and go and I was texting in what music I wanted to listen to and I almost go into an accident. So I asked myself, why can’t we just talk to cars like Knight Rider did and do it with music?” Since then Mason has been on a journey to make this idea come into fruition. At first he thought of starting with building the technology into a stereo but after talking to a few engineers, he realized it would be too big of a project to start with so he decided to go the app route.

The name Vela is an acronym for Voice Electronic Listening Assistant. The app is a music aggregator that uses Spotify, Rhapsody and Rdio. It’s a

great way for you to voice request music so you don’t have to type an artist’s name or a song. “You just say it and it finds the artists and it show their top songs. You can even sort by their album.” Vela is said to be 200 times faster at finding music than other music apps and saves users up to 20 button clicks on their device per each song or artist search. Vela owns a proprietary technology EMDA (enhanced music database assistance), which intuitive makes ordinary voice recognition smarter and more accurate. It can recognize unites artist names that would otherwise be misunderstood by even the top voice-recognition software.

Vela has had a lot of success since its launch last November, boasting about 500-700 downloads per day. It is also being considered to receive an award at SXSW in a few weeks. Mason plans on adding other features such as YouTube and 8Tracks to Vela’s list of popular on-demand services. The company continues to do research on what users want and are asking for. They are currently working on another smart music app feature where Vela will be the place to go to for all things music in which it can answer any music-relatied question giving you the best resrouce for lyrics, chords, playlists, etc.

Vela App is now available in the AppStore.