Story of a Startup Weekend Veteran | The Good, The Bad, and the UGLY! 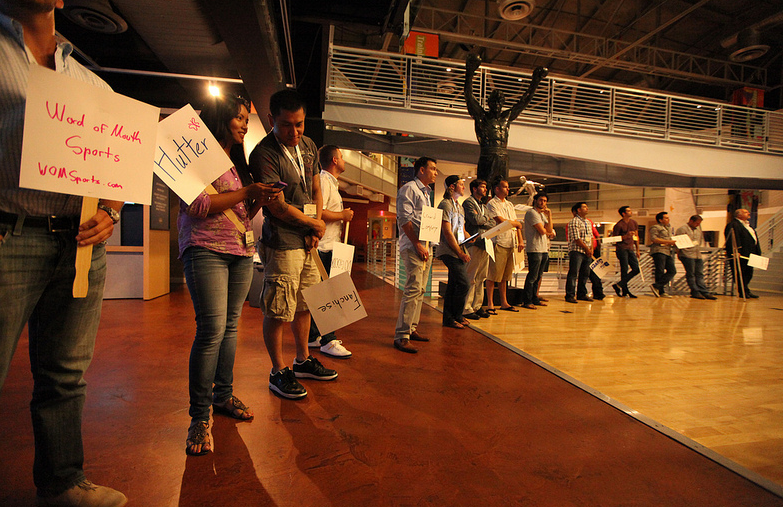 There are so many activities and events that have sprouted this year to support the thriving tech scene in Southern California. From LA Demo Day to Silicon Beach Fest to Crowdstart LA to hackathons to Startup Weekends, companies and entrepreneurs alike have joined forces to feed the startup ecosystem. With all these many activities and so many people coming together it becomes inevitable that situations may arise that can interfere with the community’s best interest.

Startup Weekend is a 54-hour frenzy in which a group of strangers can come together to form a company and compete for prizes. These events, and others like them, take place all around the country and even the world! It not only teaches you how to build a company over a weekend but encourages teamwork and innovation. More importantly, it allows you to connect with like-minded individuals that you may end up wanting to work with in future projects.

A month ago, I participated in my first ever Startup Weekend event in Los Angeles, California in the co-working spaces at Coloft. I pitched an idea that was voted in the top 12 but couldn’t form a complete team. Luckily, I joined another team that eventually won 1st Place. The following week, I joined AT&T Hackathon at iO/LA in Hollywood and again pitched the idea. I faced the same challenge not being able to form a team because most people joined the competition with friends that they had already planned on working with. So, I teamed up with a group of developers that showed interest in working on my idea after the weekend. We ended up placing 1st again, this time for best use of Cloud Architect. 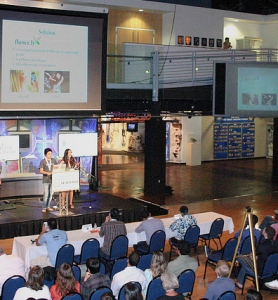 IF AT FIRST YOU DON’T SUCCEED, TRY & TRY AGAIN: Startup Weekend San Diego was held two weeks later at a beautiful venue in the heart of Balboa Park at the Hall of Champions. Although, I already had a team that I met at AT&T Hackathon to work on my idea, with their support, I decided to pitch again in San Diego to use it as validation if we get good results.  Again, mine was voted in the top 12, however this time around I was able to form a team. A total of four talented people at the event decided to team up with me that Friday night including two developers and two business people. After pitching this idea twice in other events and not being able to form a team, it certainly felt good that I was finally able to do so my third time.

THIRD TIME’S A CHARM:  On Sunday we presented to a panel of judges consisting of entrepreneurs and a VC investor. We received great feedback and was unanimously voted the 1st Place Winner. It was a wonderful feeling to win in a competition for the 3rd time in a row, but much more rewarding that finally it was for my idea, creating something from my vision.

Since Startup Weekend is fostered to bring a group of total strangers together to form a company, it can be a tricky situation when you decide to move forward. Awkward topics such as equity share come into play and everyone’s roles and what value they bring to the table are questioned. Although it would be ideal to work with everyone that gives such positive energy to the group, in the startup world, it’s not realistic and even frowned upon when you have a really big team. As the lead of the team, I had the responsibility to talk to everyone about the situation at hand. Because we are still in idea stage, it is in the best interest of the company to keep only a few key people to work on executing the product. Luckily, the people I had that conversation with understood the situation and will consider joining us at a later time if we successfully execute a company.

With the common theme of working with strangers, trust can be an issue. As much as we’d all like to assume that everyone will be honest and everyone has good intentions, it’s not always the case. I soon found myself trying to manage the highs of my win with the lows of dealing with a particular person, (who shall remain nameless), all while trying to make my vision a reality. If hindsight is 20/20, it pains me to think how blind I was not to have seen the signs of what was to come out of my last Startup Weekend win. It also pains me to think that this person was there because of my invitation.

RED FLAG #1: This person participated in the event late Saturday afternoon and joined our team. After telling him our idea and the names we were going with, he took it upon himself to purchase the expensive .ly domain, when as a team we all decided to wait until after the event to consider doing so. I wanted to give him the benefit of the doubt and even thanked him for purchasing it for us, but my gut was telling me something was wrong. As a backup plan we purchased the .me domain for the company.

RED FLAG #2: This person came in saying he was a designer, disappeared for a few hours and said he was working on some iOS mockups but by the time we were ready to pitch, he delivered nothing.  When I was creating the slide to introduce the team, he asked to be listed as an iOS developer instead of a designer as he was registered. From talking to his previous teammates at other events, it seems they had the same experience in working with this person—delivered nothing to the group and at the end insisted that he was an iOS developer.

RED FLAG #3, 4, 5, 6, 7….: I asked this person to send me over the access info to the domain, as I wanted to create a launch page, and his response was, “I’m working on it.”  The following day, I again tried asking for access in order to setup everyone’s email. Again, the answer I got was, “I’m on it.” Because he gave me reasons to question his motives, I decided to be straightforward and ask for the domain to be transferred over to me until I was ready to transfer it to a corporation. And in doing so, the response that I got was, “Why?” He tried to convince me that it was better off under his “seasoned” LLC of six years, that we’ll be partners, he would step down and let me be CEO and blah blah blah. Interesting offer considering he did nothing.

I met with a lawyer, talked to an investor and a few mentors, all who are serial entrepreneurs to advise me. I got the same response from everyone. Get rid of the problem now and not to worry about this person’s motives as we were still in idea stage. The most important thing was (and still is) execution of the product. Since we’re still in the early phase, we can still rebrand and have a different name if we wanted. That night I finally spoke to him again and he made it very clear that he was not going to be cooperative with my simple request. He also stated that he was bringing a few people on board. I explained that we had people who had already committed to helping execute the vision and that I needed to be involved in these types of decisions he was making. He felt threatened and got defensive accusing me of wanting control over everything and saying decisions need not be centralized to one person.

At first the thought of having to make an executive decision in solving this problem was daunting. And, believe it or not, part of me still considered allowing this person a chance to redeem himself. But a wise mentor of mine said, “Go with your gut! Is this someone you can trust working with in the future?” It was very clear that this person couldn’t be cooperative and there was no way I could trust working with him. When I realized that it wasn’t just my time that he was wasting but my entire team’s as well, it made it that much easier to make a decision to sever ties. I gave him two options: 1) Transfer over the domain and cooperate with the team or 2) Keep the domain as I can always change it and part ways. His response? “Women are so predictable, I knew you were going to change the domain.” Needless to say, that was the last time I spoke with him. He attempted to talk to my other teammates in joining him and stated that he would try my idea on his own believing he had intellectual property because he purchased the domain. A week later he contacted us saying he wanted $600 for the domain and for compensation, a domain we had no ties to and for work he supposedly did after the weekend that gave us no value.

It’s amusing at the very least when I share this story to my mentors, advisors and peers. All we can do is laugh at the ridiculous statements and bold accusations made by this person. Along with that there were some key lessons to be learned from this experience.

It is shocking to most people in the industry to hear of this story, as so many have put in their sweat and tears in an effort to support the startup community. In a world where we encourage people to help and seek help, it hinders that mindset when an individual’s actions discourages others to do so.  Though, we have to keep in mind, that this is an isolated incident. We must continue to pursue our goals by connecting with the right people that help get us there and continue to attend and support the many events for the community.  There are countless of great individuals willing to help, coach, mentor and guide new companies and new entrepreneurs that vastly outnumber the ones who seek out to do damage. There are also many honest developers, designers and business people looking to connect with others in pursuit of new projects. The events organized by the community gives us the platform to connect with these people as well as cultivate innovation and share key knowledge. With that said, it’s to everyones advantage to be aware that these unfortunate things do happen. As a journalist, I’m glad it happened to me so I can write about it. I believe that when situations like this arise, it is in the best interest of the community to talk about it so we can avoid what could be costly mistakes. We are all part of the ecosystem after all.