A Tale of Three Cutting-Edge Cities 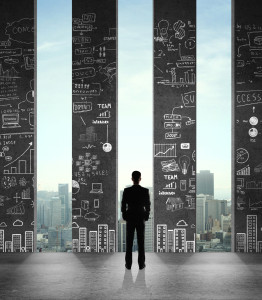 “The road to failure is often paved with good intentions,” famed writer Samuel Johnson might have said.

Just ask Riverside, California. Back in 2006, the city set out to build a municipal Wi-Fi network for its citizens. But a severe lack of interest from customers prompted the city’s original communications partner to pull away from the project.  The city scrambled to find resources to build and maintain the network, ultimately costing residents more than $700,000 per year for a network to live up to the hype.  the Wi-Fi network never even reached two-thirds of the population and has been described as obsolete.

In other words, the good intentions from Riverside officials have resulted in a costly, and failed, experiment on the taxpayer’s dime.

Riverside isn’t alone in seeing its municipal Wi-Fi dreams struggle. Similar scenarios have played out across the country. Even San Francisco, the hottest of tech cities, is struggling to make its investment in Wi-Fi along Market Street worthwhile. According to city officials, only about 250 people use the network daily (or 0.03% of the city’s population and far less if you include tourists) — a far cry from what was expected when the project conceived.  The Wi-Fi may be free, with 400 separate signals and users have to reconnect as they move.  Equally frustrating for users, due to the antennas chosen for the network, the service works best with laptops despite the growing use of smartphones and tablets.

As San Francisco’s muni Wi-Fi struggles to find its footing, San Francisco and Riverside’s experiments raise a good question: Does it even make sense for governments to build their own Wi-Fi networks?

We can all pretty much agree that the more access to Wi-Fi the better. Most of us carry at least one mobile device at all times. But given the ongoing costs of maintaining and continuously upgrading networks – Moore’s Law applies to communications infrastructure as well as computer processors –  the challenges of building municipal networks are daunting.  A better solution is to encourage private investment in broadband networks and solid public-private partnerships.

When it comes to major technological projects like building out Wi-Fi networks, it’s wise to turn to the experts in order to better serve citizens.

Case in point: Los Angeles, which is issuing an RFP for private industry to build out a citywide Wi-Fi network. The winning company will not only be tasked with the design and build out of the network, but maintaining and upgrading that network into the future. This necessary ongoing investment, as the experiment in Riverside has shown us, is where the majority of project pitfalls reside.

A golden rule of tech these days is that solutions should “just work,” but making something work takes ongoing investment behind the scenes. Cities can maintain streets. They can ensure water is clean and traffic lights work. But even the most tech-savvy of cities would be smart to learn from San Francisco and Riverside before trying to build and maintain a sophisticated Wi-Fi network on their own.

Los Angeles has the right idea, and hopefully more cities will follow its lead when embarking on similar projects. Good intentions don’t have to pave the road to failure. All you have to do is find the right people for the job.