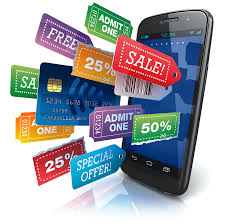 As much of the world has shifted to mobile, smartphones are an important way to reach consumers. However, this year many brands still won’t deliver a full mobile experience, which is to say that, in 2016, many retailers still won’t have apps.

Despite the benefits of developing an app, there are valid reasons why retailers choose not to invest in one. Developing a mobile app can be extremely expensive and some retailers believe it is futile to spend that money if a mobile-optimized site is already in place. This article will speak to reasons why retailers may choose to forgo mobile apps, and also argue that as consumers spend more time on their smartphones, building a responsive app that reaches out to customers, understands their behaviors and increases conversion rates ultimately benefits the brand.

MYTH: Development costs are too high

Developing an app is costly. According to Julie Ask, vice president and principal analyst at Forrester in this CNBC article, developing a retail app costs about $2 million, plus 80 percent on top of that each year to maintain it. This is certainly on the high end of the spectrum. Many retailers report $100,000 is the minimum price of entry. The price of a retail app varies depending on the developer and features; nevertheless, it’s a big number.

Smaller retailers especially cannot always afford an app, if they even want one in the first place. Fifty-six percent of retailers surveyed in a 2015 Shop.org/Forrester Research report say apps aren’t a key component of their mobile marketing strategy, even as 58 percent placed mobile at the top of their priority lists. The report notes that in general, the companies that prioritize mobile had modest budgets. Sixty eight percent spent less than $1 million on mobile developments in 2014.

REALITY:  Regardless of cost, retailers need to deliver to customers through mobile and online channels to stay relevant. RetailNext data shows that sales over the 2015 Thanksgiving weekend were down by 4.7 percent in brick and mortar stores. On the same weekend, the National Retail Federation reported more people shopped online; although, the numbers were close: 103 million people shopped online, and 102 million made the trip to stores.

Big box retailers are also continuing to close locations across the U.S. and internationally. Wal-Mart announced this year it will close 269 stores between the U.S. and Latin America, and Macy’s will close 40 stores. The big box retailers over-expanded pre digital, and as more and more consumers are influenced by online, the stores can’t stay open.

According to Internet Retailer, 96 percent of the top 25 retailers have apps. That said, 43 percent of the top 125 do not. As mentioned above, many retailers think apps are a waste of time and money because they can build a responsive and adaptive mobile web presence. In addition, apps can be a pain for users who have to download a retailer’s app to find product information. Why go through that whole process and use data when you can just go straight to a mobile site?

REALITY: There are numerous features mobile sites cannot provide that apps can.

Apps provide ease of payment. With Apple Pay, users can pay within an app by holding their mobile device to the point of sale system and placing their fingerprint to the phone’s sensor. This forgoes having to take out a wallet in stores, or having to type in credit card information online or on mobile sites.

There’s also Apple’s iBeacon, which monitors a user’s location throughout a store and offers special promotions while they’re inside, assuming the customer has the store’s retail app downloaded on his or her phone. Apps are also able to send advertisements through push notifications, which a customer is 50 percent more likely to open a than a promotional email, according to this study by Responsys.

Apps offer loyalty programs as well. For example, the Starbucks app enables people to order and pay for Starbucks items, automatically tracks loyalty points, and lets users cash in those points for rewards. That degree of turnkey, layered experience is just not possible on the mobile Web.

Apps also often outperform mobile sites because they allow for richer experiences. Women’s beachwear store Lilly Pulitzer’s app integrates inspiration into its functionality and design. On the main page of the app, users click on an orange that says “squeeze me” to reach a page featuring a textile pattern, which gives inspiration to users who are stuck on what to wear. The mobile site offers online shopping, as does the app, but without that interactive experience.

Athletic brand Under Armour has an app called Under Armour Record. The app doesn’t allow for online shopping (which is all the mobile site features) but rather a social platform to track, analyze and share your fitness goals. The app features a feed in which users post their fitness photos and accomplishments, and also the capability to engage in fitness challenges with friends. The app is not at all similar to the mobile site, and it helps the brand evolve and offer the consumer something more than just a product. That’s something that will help Under Armour to compete in the coming years, says Under Armour Chief Executive Kevin Plank in ZDNet.

Customers are selective about which retail apps they download. According to this 2015 Forrester Survey, 60 percent of consumers who shop online via a smartphone have fewer than two retail apps on their phones.

REALITY: However, the same survey also suggests that retailers can “expand their sphere of mobile influence” by partnering with the mobile apps that customers are using most often. These partnerships enable retailers to “borrow mobile moments” and gain valuable information about where customers are coming from, going to, and what they are doing on the apps they visit the most. In sharing this data, retailers will be able to develop apps that offer more personalized experiences to consumers, who will spend more time on the app – and also more money.

An ABI research survey states that 40 percent of respondents who downloaded a retailer’s app bought more products, and 46 percent visited the store more often. App development agency NN4M writes in its blog that customer conversion rates are 1.75 percent, compared to an industry average of .98 percent for mobile sites.

App users are not only using the apps in the comfort of their homes. The same 2015 Forrester survey shows that almost half of smartphone users use their phones in stores to research a product before making a purchase, and 55 percent use it to find and redeem coupons while in store. There’s also webrooming and showrooming, where shoppers visit a store to see the product, but buy it online (showrooming) or online from a competitor (webrooming).

There are certainly barriers that keep retailers from developing an app. The ideas that it is too expensive, that a mobile site is sufficient, and that not enough consumers will even download the app are all valid. However, apps are important for retailers. They give the ability to reach out to consumers, gain insight into their behaviors, and ultimately increase conversion rates for retailers.  But, retailers need to be smart about how they develop apps–and they can do this by collecting data on consumer behaviors by partnering with successful brands, and also by creating rich, app-only experiences that consumers will not find on just a mobile site.

Emma Rosser is a Staff Writer at Publicize, which is a startup aiming to change the way companies approach PR. Publicize has worked with a dozen+ Y Combinator startups and leading brands such as Hallmark Cards.