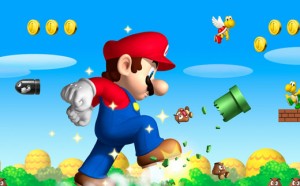 This December in Dubai, without your consent, your company’s business model could change radically with the tap of a gavel and the stroke of a keyboard.  Got your attention?

A serious threat to our online way of life has emerged in the form of the World Conference on International Telecommunications (WCIT). Commonly referred to as “Wicket,” it’s an irregularly scheduled meeting organized by the International Telecommunications Union (ITU), the UN’s telecom regulatory agency.  The next meeting is taking place in the United Arab Emirates a few months.

If you’re not familiar with the United Nation’s alphabet soup, don’t beat yourself up.  You’re in the majority.

Historically, WCIT has focused on bland technical issues regarding how countries exchange international telecom traffic.  The last time ITU regulations were updated was in 1988, back when Super Mario Bros. ruled tech, and long before the advent of the modern global Internet. Yet the ITU is about to attempt a huge power grab in an effort to anoint itself the all-powerful regulator of Internet products and services.  Yes, a UN agency would be in charge of the global Internet, replacing the current multi-stakeholder approach that is working so well.

If you think this will only affect the big boys like Google and Facebook, think again.  If your platform or app exchanges packets of information internationally, you’re in line to get dinged.

ITU says it would regulate:

Any transmission, emission or reception of signs, signals, writing, images and sounds or intelligence of any nature by wire, radio, optical or other electromagnetic systems

Some countries want to give national governments almost unlimited power to censor and interrupt Internet traffic at their whim, disguising their plans as “security” measures.  This move has the potential to quash everyone’s ability to communicate between friends and family and business associates. Even tech created uprisings, such as Arab Spring, could be blocked.  No coincidence there I imagine.

This process represents an unprecedented assault on the Internet – a technology characterized by the freedom and flexibility that emboldens innovators and which has pulled the U.S. digital economy forward at a time when the remainder of the economy lags.

It’s not surprising that these proposals are supported by nations such as China and Russia.   Despite their embrace of capitalism, China and Russia continue to exercise state control over free speech, be it online or off.

Jamie Daves, the co-founder and CEO of Learner X knows exactly what’s at stake.  “This current path is bad for the Internet ecosystem, consumers and business.”

PayPal’s Technology Evangelist Bill Smith chimed in on the issue as well.  “Regulation, light touch or otherwise, could have a chilling effect on the compelling social and economic benefits of the Internet,” said Smith.

Communicating with your counterparts abroad is the key to successfully fighting against these heavy-handed regulations.  “If we spread the word about the legitimate downside of such regulation, we have a chance to succeed and save the Internet as we know it,” said Daves.

If WCIT’s plans come to pass, we’ll feel the impact in a major way.  Global Internet regulation would threaten the economic health of Silicon Beach and jeopardize the engine of growth within the broader California economy.  Locally, we can make a difference globally by alerting our international business associates.  Ask them to tell their government officials to keep the Internet free of regulation.

If ever there was a time to take advantage of the fact that we can reach our friends around the globe with a mouse click, that time is now.