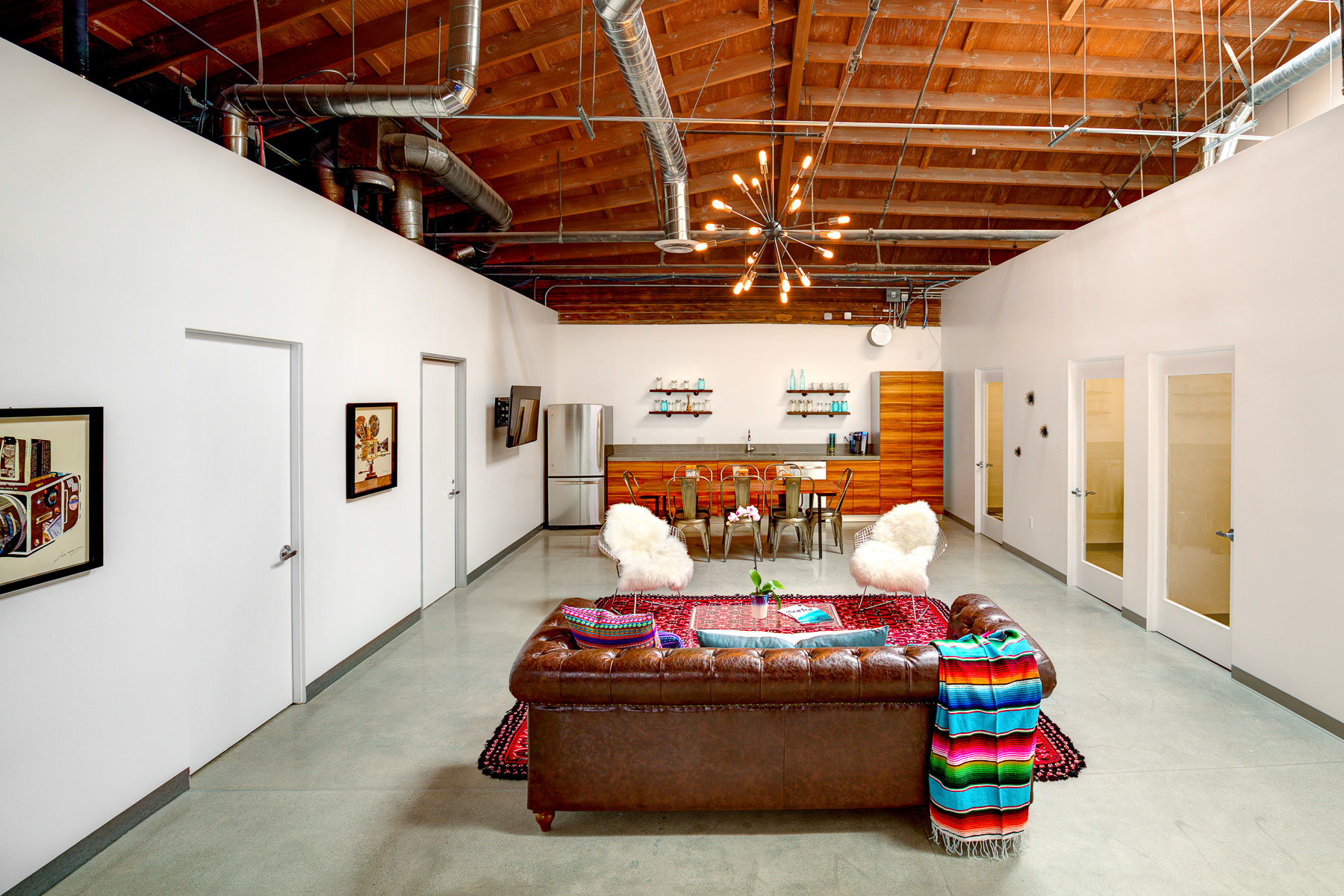 Nestled between a quiet residential neighborhood and industrial space on Centinela Blvd. a few blocks shy of Santa Monica, is the Westside’s new coworking hotspot called Hatch Studios. Built around the idea of convergence between creativity, serenity and design, the boutique studio launched in April 2015 to serve as gathering spot for freelancers, tech types and entertainment folks to get out the house and into their projects.

Co-founded by a husband-and-wife team model Amanda Tice and entrepreneur Peter Sampson, the couple met on Match.com in 2010 in New York City and eventually moved to Santa Monica where they decided to set up shop and go into the business together.

After running the data, they chose the Westside location because it borders Silicon Beach and is within one mile of over 30 entertainment production companies. Since opening last month, they have hosted tech and entertainment events by Wilhelmina Models, LA Tech HH, TechZulu, and Maker Square.

“We are passionate about creating an intimate and collaborative community. We value and seek members who don’t just want to plug and play, but are also looking to forge partnerships and meaningful friendships,” said Amanda Tice, co-founder of Hatch Studios.

But for those that do want to plug and play, there are plenty of amenities to keep members happy from 24/7 access, state-of-the-art equipment, to a dog-friendly atmosphere to private rooms, high Internet speeds, parking and event space. Hatch offers a wide variety of workspace rental options from on-the-fly to yearly.

“I have worked out of Hatch since the day it launched. I love it—the exposed brick, concrete floors and high ceilings make me feel like I’m working out of a premium east coast loft, and the new community starting to emerge is truly exceptional,” said Aviv Grill, writer and entrepreneur.

The boutique studio is simple and elegant and will cater to those who appreciate efficiency with aesthetic designer touches to help move along the creative process.