What Might the 2015 Holiday Season Hold for E-Commerce Retailers? 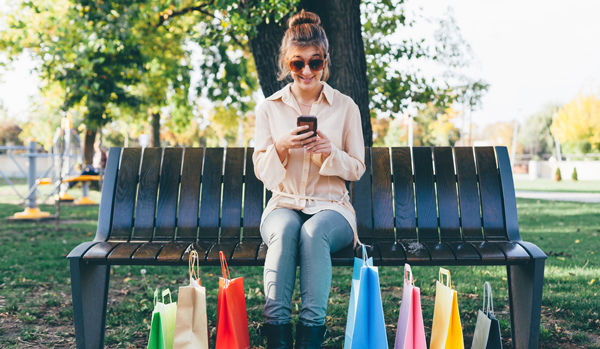 With the 2015 holiday shopping season now upon us, it’s “go time” for retailers across the country — an opportunity to put their carefully crafted holiday plans into action and deliver on their bottom-line expectations. That includes e-commerce retailers, which continue to claim a growing slice of overall retail sales. Last year alone, online holiday sales rose 15% over 2013 figures, including increases of 32% on Thanksgiving, 26% on Black Friday, and 17% on Cyber Monday.

Amazon recently announced that it would be adding 100,000 temporary workers to help deal with its projected holiday crush, a 25% increase over its 80,000 seasonal hires in 2014. Although some of the new workers are likely needed to fulfill the one-hour delivery demands of its new Prime Now service, Amazon obviously anticipates yet another strong holiday performance. Can the online retail community at large expect the same?

Focus On The Consumer

Any discussion of the 2015 e-commerce holiday season has to focus first on consumers; they’re always the most important factor in the equation. If they’re ready, willing, and able to shop, retailers will benefit. Unfortunately, consumer attitudes about their current conditions and future prospects have wavered a bit recently:

Still, despite those declines, the overall numbers were still favorable, and several other factors have also been trending in a positive direction:

Of course, big-picture trends aren’t always as useful in forecasts as data on specific demographic groups and shopping interests can be. Per the PwC 2015 Holiday Outlook, there are two distinct types of consumers this year, divided by incomes below and above $50,000. “Survivalists” look for the best deals because they still haven’t fully recovered from the recession; they prefer to pay by cash, and they’re likely to reduce their holiday spending this year. “Selectionists” shop by brand and indulge their interests in personal electronics and experiences (e.g., travel and entertainment). They love to shop online (and pay by credit card), and they’ll probably spend a little more than they did last year. According to the PwC study:

The study also found that 66% of retailers will be increasing their digital budgets in the coming year, focusing on mobile technology, faster delivery options, and easier purchase methods (e.g., picking up online orders in stores). Leading online retailers can expect to see digital revenue increases of 40-50%; other retailers will need to enhance their digital capabilities quickly to avoid falling too far behind.

These findings reinforce what we already know about online shoppers: They’re attracted to savings and convenience, especially when it comes to shipping and returns. During the holiday season, these behaviors will only intensify as their purchase activities increase. After all, in previous years, shoppers have become accustomed to season-long offers of free shipping, price discounts that reached 50% or more, and various other deals, some of which probably threatened the profit margins of some stores.

Naturally, the stores that can best cater to these interests will have an inside track on gaining new and returning customers. Better yet, at least for e-commerce retailers, a lot of brick-and-mortar outlets want to reverse their profligate ways and stop using discounts as lures. (Nordstrom, for example, plans to offer 20% fewer sales days this year and 25% fewer in 2016.) Instead, they’ll try to sell popular, high-quality merchandise and manage their own purchases more efficiently to avoid post-holiday fire sales.

That strategy should drive even more consumers online, where discounts often abound. Plus, holiday e-commerce sales are widely expected to continue rising in 2015. Earlier this year, eMarketer predicted 13.9% growth, more than double the 5.7% increase in total holiday purchases. More recently, the National Retail Federation forecast 6-8% e-commerce holiday growth; since the NRF is also forecasting overall holiday sales to grow by 3.7%, it’s clear that the biggest sales increases will occur online.

Beyond the figures in its annual year-end press release, we’ll likely never know for sure whether Amazon’s 2015 holiday season was worth the extra hires. For the rest of the e-commerce fold, results will no doubt vary by retailer. However, online stores that do right by their customers — i.e., deliver the savings they’ve come to expect, give them free shipping (even with minimum purchase amounts), and offer them customer-friendly returns and clean digital experiences — will be rewarded with the lion’s share of the expected gains. | Images via shutterstock