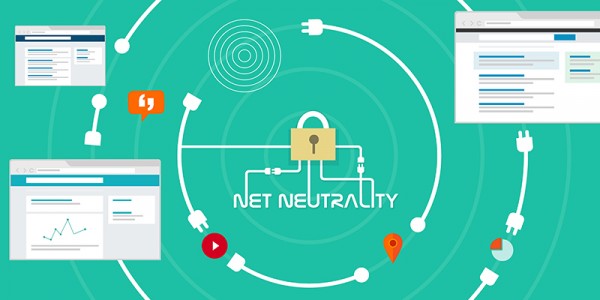 Regardless which side of the isle you stand politically, you can be rest assured that the passage of net neutrality is a positive for you, and your ability to access the Internet like you have since the 1990’s. The Internet is turning into a business tool with everything from cloud computing to premium Internet providers. When you break this entire issue down to its bare bones, the only businesses that are going to be hurt by this ruling are the major Internet service providers such as AT&T, Verizon, and Comcast. If you’re not one of them, then consider the passage of this new FCC regulatory law a major victory.

Many are unaware of this, but behind closed doors, the major Internet service providers have been working to alter the Internet in such a profound way, that it would have made it nearly impossible to get by without paying out the nose for “fast lane” access.

Essentially, the major Internet service providers were planning on creating two new forms of the Internet, a costly premium “fast lane” Internet, and a slightly cheaper, but drastically slower “slow lane” Internet for those that can’t afford the much faster premium option. These two new types of Internet would be the same for consumers and businesses alike across the board. Not even the dot com giants would have been spared from this new fee hike. Companies like Google, Facebook, eBay, Xbox Live, Hulu, and Netflix would have been seriously hurt as they hemorrhaged dissatisfied customers who would likely refuse to pay extra to just bid on select items on eBay, or watch “House of Cards” on Netflix.

To sum it up, it would have created a two class system of Internet users. Premium users who are wealthier and can spend more money for the exact same service, and the rest of us back in steerage who are out of luck.

An “Internet Class System” would utterly destroy thousands of tech startups and small business that depend on fair and equal access to the Internet. For example, Chad Dickerson, the CEO of the online craft marketplace Etsy testified before the FCC last Thursday about how “Paid Prioritization” would make it impossible for Etsy to operate, let alone survive. For those unaware of what Etsy is, it’s a virtual online marketplace for private individuals and small businesses to sell crafts online. Etsy survives on an 18% cut of everything sold through its online craft marketplace venue. Companies like Etsy, eBay, Craigslist, and Netflix have succeeded because everyone has fair access to the Internet. If the major Internet service providers had their way, it would had been impossible for Etsy to succeed in a world where providers could pick and choose to prioritize the speeds of rival online companies because they could afford to pay for faster service.

During his testimony before the FCC, Chad Dickerson went on to say, “We could not afford to pay for priority access to consumers. We would be forced to raise our fees or leave our sellers in slow lanes, hurting the micro-businesses who depend on our platform.”

Companies like Etsy and eBay aside. Let’s say you own a business that depends on the Internet to bring in new customers who are in need of your services, like a pest control company for example. For the sake of argument, let’s say that net neutrality wasn’t passed. Well in a world without the protection of net neutrality, the success of your pest control company to bring in new customers via the Internet would depend on how much you can afford to pay your provider. If your competition can afford to pay your provider more, then you’re out of luck. In world without net neutrality, your website would load about 60% slower than your competitor who can afford to pay more a month in fees. Plus your basic networks, from remote desktop solutions to main computer systems will all suffer without net neutrality. By paying more a month, your competitor can effectively silence your presence on the web.

If you’re a consumer imaging having to pay an extra service fee just to watch a certain show on Netflix, or play a certain level on an online game through your PC or Xbox. Doesn’t seem fair at all does it.

Despite government oversight concerns from Republicans in Congress, who received massive campaign contributions by the way from service providers like Comcast, Verizon, and AT&T, the new Internet neutrality rules regulations received wide acclaim from those who had a hand in pioneering the Internet. Major supporters of net neutrality include Sir Tim Berners-Lee, the guy who invented the World Wide Web (no it wasn’t Al Gore) and Apple co-founder Steve Wozniak.

All and all, Internet and all the benefits from it will remain unharmed with this net neutrality ruling. | Images via Shutterstock