Why a “Yelp for People” Won’t End the World

This is a guest opinion piece written by Jeff Tinsley, CEO of MyLife.com. 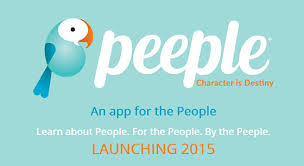 I have a confession: I think a “Yelp for People” is a fine idea. That’s right; in fact my only issue with the announcement of the Peeple app last week was that the company isn’t taking the concept far enough. Already, the founders have buckled under criticism, turning what may have very well been a useful service into a pointless “positivity” app without a real purpose. While I entirely understand the public’s reservations, I also understand why Peeple is not the first company to announce a “people review” concept, and also why it won’t be the last.

Let’s look at our modern culture: are we not constantly asking to be judged? With every photo, blog, or post we publish to social media, we are inviting commentary with open arms. It seems to me, a “Yelp for People” is a natural next step in our online presence’s evolution. Now, that is not to say we mustn’t be careful with how we approach such an endeavor, and I think, in regards to Peeple, the lack of thoughtfulness and explanation is what caused them to attract such negative attention. Here’s the thing though: I happen to know for a fact that “people reviewing” would not amount to the apocalyptic “burn book” scenario being cautioned all over the web. How do I know? I pioneered a people review feature more than six months ago…and the world did not end.

The main reason Peeple is alarming the public is fear of it turning into a mass teenage bullying site. But what if this wasn’t a feature geared toward teenagers at all? What if you had to be 21 to leave or be left a review? Surely, the chances that two civilized professionals in their thirties are going to be badgering one another on social media is slim. Rather, what is more likely to happen is something much closer to real life: we receive feedback, be it positive, neutral, or negative, and we grow from it. No big deal. Again, this is just a simple extension of what we ask of one another every day.

Something else to consider: the majority of personal reviews are uplifting. And guess what? Your online reputation will benefit as a result. However, by removing the possibility of a negative review, Peeple has done away with credibility. It has become a censorship app, which means those positive reviews will no longer carry any value because, well, there was only one possible outcome to begin with. Furthermore, those who had planned to use the app for research purposes will also miss out for the same reason. 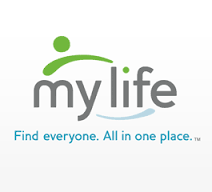 Jeff Tinsley is the CEO of MyLife.com, a website that lets users review each other, displays the private personal information about you that’s on the web (and lets you remove it), and helps you control your online reputation.