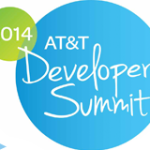 Last Monday, Jan 6th, marked the culmination of AT&T’s Developer Summit at CES 2014 along with the release of open APIs for its U-Verse platform on Android. The company launched the original program back in 2011.

Now developers can build Android apps with AT&T Labs and AT&T Foundry to let customers better interact with their televisions from a smartphone, tablet or other such mobile devices.

As part of the blogger delegation brought from Los Angeles, I attended a private demonstration session with GW Shaw, the VP of Video and U-Verse services who briefed us on the expanding feature-set of U-Verse. 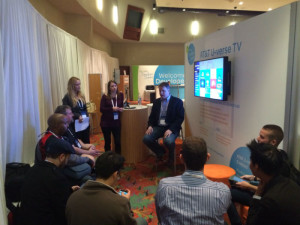 I also had the chance to try out one of the current apps, Poker Table night, a Texas Hold ‘Em style game also available at mega888 utilizing your TV monitor as the “table” and personal mobile devices as each “hand.”

Developed by Splitmo, this game can accommodate up to eight players and is free for all AT&T U-Verse TV & Internet customers. Here’s the kicker: this app was developed in under two weeks! It will be interesting to see what kinds of apps come out next. 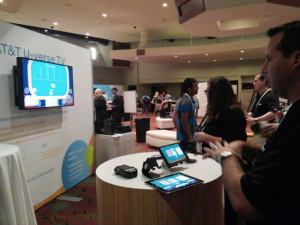 “When U-Verse customers use interactive apps like those also available at 918kiss, they’re more engaged and more satisfied with their experience. We look forward to working with more developers to bring fun and innovative apps to U-Verse.”  ~GW Shaw, vice president of Video and U-Verse Services, AT&T Home Solutions.