In 2013, Foursquare Wants To Know You More 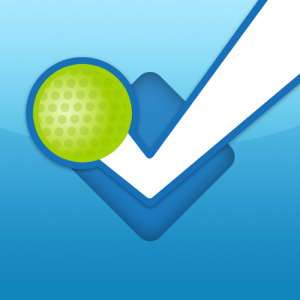 Foursquare wants to know you more in 2013 beginning January 28. At the moment, Foursquare rarely shows a users full name or just their first name and last initial (“John Smith” vs. “John S.”). But if a user searches for a friend in Foursquare, full names appear in the results, but when one clicks on their friend’s profile page they don’t see their last name.

These according to some users is confusing.  According to their latest statement, the team says; “We will now display your full name. But we get emails every day saying that it’s now confusing. So, with this change, full names are going to be public.”

A user can now alter his or her ‘full name’ on Foursquare here.

That is not the only good news from them.  The team says it has had a great year this 2012.

According to Foursquare, “2012 has been a pretty huge year. We’ve released over fifty new features, welcomed nearly 15,000,000 new people to Foursquare, and had our 3,000,000,000th check-in. It’s a bit clichéd to say this, but your support really is what keeps us going day after day.”

Foursquare says as it evolves, it also has to adjust its user policies to match its growth, especially its privacy policy.

Its Privacy 101 is simpler and easy to use and doesn’t replace completely its current description of its privacy practices but a move to help users better understand how the firm thinks about privacy.

The team says, “We’ve also added new explanations of how privacy works throughout the app in our FAQs, including our default privacy settings and how they can be adjusted.”

See Who Last Visited Your Restaurant

Apart from the full user names and a simpler Privacy document, on  January 28, 2013, Foursquare will also enable businesses see their recent visitors.

The team says, ” A business on Foursquare will be able to see more of their recent customers.”

Therefore business on Foursquare like restaurants, coffee shops and pubs can see everyone who has checked in in the last three hours plus most recent and most loyal visitors.

According to Foursquare, “This is great for helping store owners identify their customers and give them more personal service or offers. But a lot of businesses only have time to log in at the end of the day to look at it. So, with this change, we’re going to be showing them more of those recent check-ins, instead of just three hours worth”

“As always, if you’d prefer not to permit businesses to see when you check into their locations going forward, you can uncheck the box under ‘Location Information’”

Competition From Facebook’s Nearby

However, it is not without competition.

Recently, Facebook updated its Nearby, an iOS and Android mobile discovery app for business, powered by friends to help find people discover a business around them via their network of friends.

According to Facebook, Nearby allows people to find places near them, via their connections. The places include restaurants, movie theaters, and others and people can check in or get directions, rate the service, like and share recommendations.