Marketplace Fairness Act & What It Means For The Growing Crowdfunding Industry 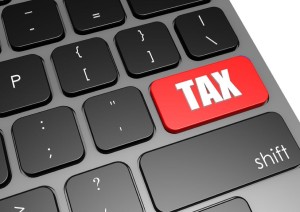 The U.S. Senate on May 6 passed the third version of Senate Bill 743, otherwise known as the Marketplace Fairness Act, which requires consumers to pay sales tax on all Internet purchases. How does this affect the growing crowdfunding industry? Initially, it affects reward-based crowdfunding because the moment anyone takes money in exchange for an item, the transaction becomes subject to sales tax.

Proponents, like Rep. Steve Womack (R-Ark.), the bill’s main sponsor, defend it by saying that it is not a tax increase, but a tax collection. But online businesses see it as an onerous burden.

Until now, online retailers were not required to collect sales tax unless they had a place of business in the state in which the purchase took place.  If not, customers were supposed to remit the money themselves when they paid their income taxes. But since so few people actually do that, the Act now plans to transfer the responsibility of tax collection to the online merchant.

There is strong opposition to the bill, of course. Opponents say it will inhibit the growth of small businesses because it will be so costly and burdensome. Online retailers will have to deal with nearly 10,000 sales-tax jurisdictions around the country in order to pay each tax in each state and locality in which their customers live. Still, the best course of action is to be prepared in case the Act is passed by the House and the President signs it into law.

Rewards-based campaigns appear in profit and loss statements as taxable net income; if a campaign gives rewards in return for contributions, the earnings are taxable like all other sales.  The cost of the rewards is normally deductible, depending on the jurisdiction.  This becomes especially complicated if the time between contribution and delivery crosses a tax year/quarter/month.

Given the nuances of this new bill, it’s important to review your cost structures.  Seek the counsel of crowdfunding tax advisers and accountants before launching your campaign to avoid any tax-related financial dilemmas.

There are still a lot of loopholes in this bill that need to be filled.  How will it be applied to cross-border crowdfunding projects (i.e., those crowdfunded in the United States, but with proceeds in Europe, or vice-versa?  In the past, the United States allowed businesses to defer a capital expense in the entire year in order to help stimulate the economy; is this incentive still available now?

If you are an investor, be sure to keep track of your crowdfunding investments from now on; and if you are a project owner, keep track of the reward items you give away in exchange for the funding you receive. In addition, crowdfunding portals (CFPs) should spread awareness and tools to help manage this aspect of their campaigns. Odds are today’s hassle-free crowdfunding may no longer be free of hassles tomorrow.

David Drake is an early-stage equity expert and the founder and chairman of LDJ Capital, a New York City private equity firm, and The Soho Loft, a global event-driven financial media company helping firms advertise for investors. He also writes regularly for Forbes and Thomson Reuters.