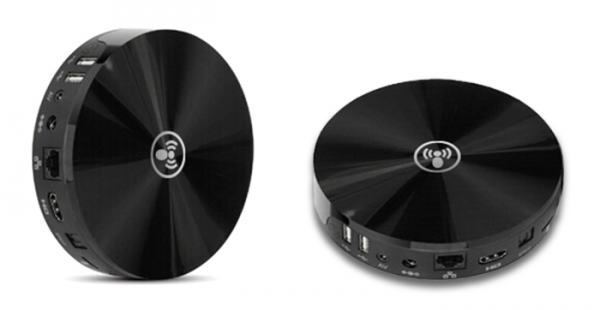 With our ever growing list of mobile devices, consolidating and maintaining music libraries across all of them is becoming more and more of a hassle. Sure, streaming services such as Spotify and Google Play have helped to reduce some of the confusion and stress, but after downloading new music, we’ve still got to upload those files to our desired cloud service in order to use them on the go. This takes both time and bandwidth which are becoming ever more limited resources in our ever-busy, on the go lives.

The hindrance doesn’t stop there either, accessing music while at home or in the workspace can be just as much of a hassle, if not more. When wanting to listen to your desired Album or playlist, most of us will plug a headphone jack directly between our smart device and our intended player. This simple solution opens the door to several detrimental potentialities. With your phone or tablet being plugged in, we lose direct access to our device in the event of an incoming text message, email or call. Nothing kills the mood faster than having a favorite track interrupted by a ring tone or alarm blaring through Hi-Fi speakers and needing to dismiss them in order to get back to the mix. Also, if out at a party or other gathering, we leave our device susceptible to being picked up by a stranger and if not outright stolen, the fear of someone accessing your favorite Social Networking site while you aren’t looking can prevent you from enjoying the atmosphere. 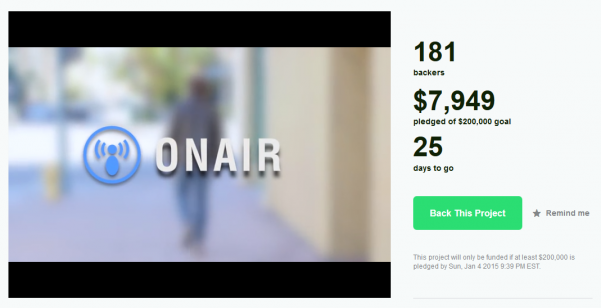 Luckily, there’s a new device on the way to relieve the world of these annoyances and it comes in the form of the OnAir Box.

The OnAir box is a clever little device that enables music lovers to turn existing stereos and TVs into connected devices to create a true multi-room music listening experience. From what we’ve seen, not only does it provide simplicity of use, but also delivers a great design while offering a great user experience without the need to upload a single file to the cloud. 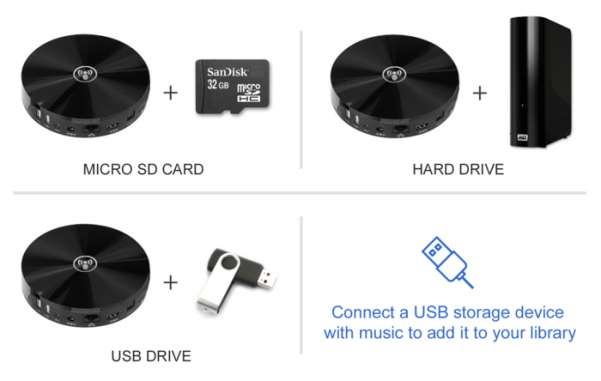 After 3 years of development, the OnAir Box comes with two USB ports allowing a direct connection to external storage devices such as USB drives or external hard drives. It’s even got a micro SD card slot supporting up to 32GB of “on board” music. Once connected, OnAir Box will scan these devices for music and add everything it finds into your personal music library within the OnAir Player app. This index is then made available to all your devices running the OnAir Player app, so when you tap a song the software accesses the music where it is stored and streams it to any of your chosen devices, on demand and in real time granting access to Gigs of music wherever you are, without sacrificing your devices valuable storage space. 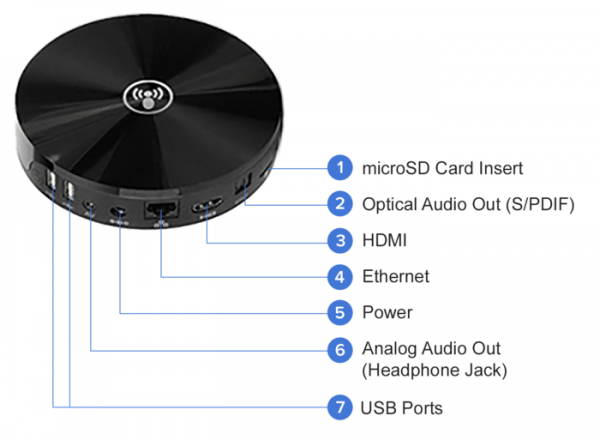 In addition to the 2 USB ports, the OnAir Box has an HDMI port, standard headphone jack and an optical (S/PDIF) port, offering support for an even wider array of playback devices. The OnAir Player itself also supports streaming to Chromecast and other DNLA devices and plans to support others such as Roku and AppleTV in the near future. 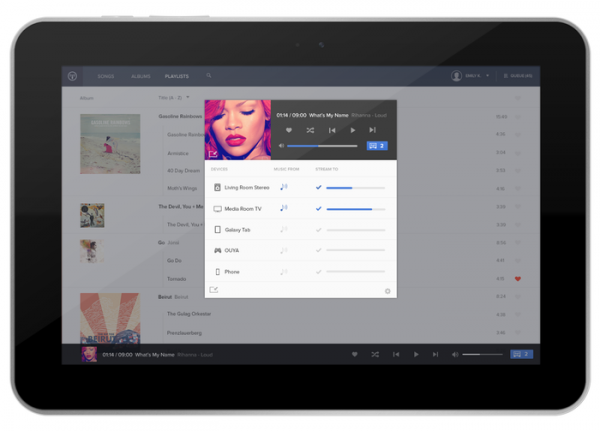 The benefits don’t stop there either. OnAir will soon be introducing integration between the OnAir Player and SoundCloud which will let you link your SoundCloud playlists and liked songs into your personal music library. In the OnAir Player app, all of your devices linked into the OnAir Box(s) will automatically show up as streaming devices, including your PC, laptop or, if you’re savvy enough, your NAS Box. Imagine the simplicity of being able to unlock your phone, pick the song or service you’d like to listen to and then pick where the music plays without ever needing to plug anything in.

Running Android 4.2.2, (jellybean), the OnAir Box isn’t limited to music streaming. The developers have left the device routed with USB debugging enabled so loading your own Android apps isn’t out of the question and with the spec list it’s touting, the possibilities are wide open.

Unfortunately, the OnAir Box isn’t yet available for purchase, but you can get in on their Kickstarter Campaign now and get one of your very own. To receive one for only $35 instead of the planned retail price of $49 you’re going to have to hurry, there are only days left for this funding period and time moves fast.