An interesting note: This entire conversation and subsequent article was prompted by an unexpected email – “Hey, let’s cover this. It’s a pretty interesting video by Gum Gum.”

The racy video shows a couple in an exchange of a passionate exchange – so absolutely enamored with each other that they couldn’t possibly control their actions. The video is premised by a simple statement “Where images and ads hook up.”

Wait, what? It’s a promotional video for a technology company. And they do what? In-picture advertisements? We’re no strangers to GumGum (we’ve covered their company before) and they’re a huge part of Silicon Beach’s roster of startup highlights. With this suggestive video tip, we decided it’d be a great time to sit down and catch up with them.

With that, here’s Ophir Tanz, CEO of GumGum. We talk tech, get a reminder of GumGum’s goals, and get some additional info on what they’re working hard on. Enjoy! 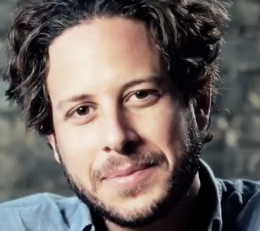 Ophir gives us a quick refresher into the company’s core competencies.

“GumGum’s always been ahead of its time in what we’ve introduced to the market. We don’t think that’s necessarily the case anymore. Instead, we’ve matured and grown our technologies and sales infrastructure to a point where the intersection between where we are and where we want to be is perfect to facilitate growth.

When we started GumGum, our core technology asset was our ability to look at billions of images a month, break them down to a key word level, then sell the targeting and ad serving in a highly contextual way on top of the images.”.

Ophir gives us a look into what’s going on in the ad-tech industry. He explains with online marketing in general, there’s the huge shift into native advertising (inputting marketing messaging in line with content users are actively engaging with) – Largely due to a shift away from traditional in banner advertising. Why the shift?

Banner blindness. Ophir references a study that listed a striking statistic: 54% of all ads being shown aren’t actually being seen. Engagement rates are in a word, dismal, and buyers aren’t seeing useful value propositions behind inventory the way they used to.

According to Ophir, traditional ad inventory is still being purchased programmatically, but not in the most efficient way possible. So how is GumGum different and what are they working toward?

To GumGum, the bigger picture view is to lend themselves to additional ad-units and experiences that continue to be additive and meaningful. By focusing on creating marketing executions that are viewable and engaging in a relevant way, they can ensure their products are in line with content. Bigger picture, they want to add value to every image on the internet and take the opportunity beyond images to help publishers maximize the real estate on their pages while pushing out great content for their businesses.

Prior to our conversation with Ophir, we also chatted with Tony Winders (GumGum’s Senior VP of marketing) about facial recognition and image recognition. Ophir fills us in on more of these details.

Through GumGum’s technology, they’re able to identify faces, even eye-color programmatically without human involvement. Another area they’ve developed (which they believe to be best in their class of technology) is the realm of nudity detection – in order to brand safer clean images. Their systems are able to gauge the volume amount of skin showing and discern between bathing suits, lingerie, etc. Ophir mentions they’re implementing similar recognition technology around vehicle recognition, purely by looking at the pixels of an image. 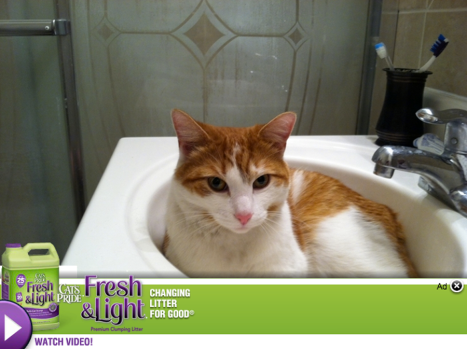 What’s next for GumGum?

GumGum attributes their fast growth potential to focusing on the technology rather than managing ad inventory. By working exclusively with publishers, they can focus on taking an established publisher’s inventory, figuring out what it’s about, have their sales team sell space, and cut the publishers a check for making the inventory available.

Ophir considers GumGum as part technology and part media company. They’ve expanded their sales and operations from Santa Monica to include New York, Chicago, Detroit, San Francisco, and Atlanta. The UK and international locations are expected too. LA is home-base for their design, publisher development, engineering, finance, and marketing teams.

Expanding internationally with English speaking countries (UK, Australia, and Canada) would be relatively straight forward. Going into Europe and Asia would require them to start with English related content and build from it.

So where does Ophir see GumGum as web browsing moves towards mobile?

“End of the day, we’re in the business of getting to where the eyeballs are. If our user’s eyes moved to mobile overnight, we’ve enabled the ability to smoothly go across platforms so our units can work well for all devises and streams. Each medium lends itself to a different type of pros and cons as well as different executions – but currently we’re seeing about 23% of our traffic come from mobile.”

Ophir continues to talk about the mobile industry in general. GumGum has certain publishers that get over 50% of their traffic from mobile at this point – he believes a 50/50 split is an entirely reasonable assumption. But he believes while percentages may shift, overall market and overall time spent with different screens is going up dramatically across the board (which is the more important part).

We discuss the possibilities beyond desktop and mobile – into augmented reality. Ophir gives his take on Google Glass.

“Google Glass is a very nascent technology. It’s interesting and we make the joke here that we can put ads into the world, targeting vehicles and things of the sort. The way we currently do this with images, we can do that with the real world. I think Google Glass is interesting because it’s a new way to engage through a small viewfinder in front of your eyes, but the bigger story there is that there’s probably an understanding of who you are by Google Glass that ties into your user profile.

I think there’ll be an understanding of where you are, the context of what you’re doing, and by those alone, the understanding that comes into play that’ll enable marketers to offer things at really good opportunities in time that can be easily accepted or denied.

The reason Google is so successful is that there is intent behind their marketing messages that people are receiving. Because they tell Google what they’re interested in that moment in time. That’s why it’s a beautifully powerful platform – I think similarly with Google Glass there’ll be intention of what people are doing and that they can do something similar in the ad world with type of execution while leveraging well with third parties.

I’m not sure what the execution will look like, but I can tell you that all those characteristics will come into play to make interesting marketing experiences.” 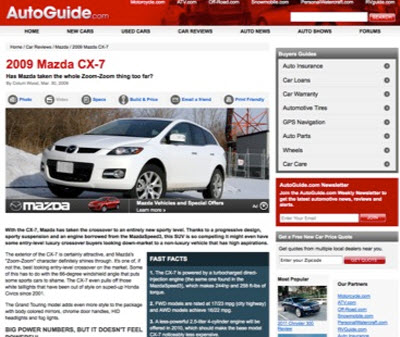 As of today, GumGum’s most recent launch has included an in-screen ad that produces an audience-targeted, responsive display unit designed for multi-screen delivery and proven to drive superior engagement and view-ability for brands. Ophir gives us a quick look into GumGum’s creation and production process. They’re huge fans of agile development. For new products like this, they do their best to launch quickly, share it with potential publishers and marketers and test the new applications on existing inventory.

As we mentioned in the beginning, GumGum is certainly on the move with growth. The company consists of 50+ people with a planned 19 more hires in Q1 of 2014. We wish Ophir and GumGum all the best!