Think about how many images are on the web. Millions, billions, trillions? Yes. The Internet thus far has been monetized by display, video, and in-text advertising — but the one place every user’s eye focuses on first are photos. Photos that are prime real estate and have never been monetized before, until one very ambitious Silicon Beach startup, GumGum, recognized the opportunity and created the first and largest in-image advertising platform, and an entirely new market. Photos…the final frontier. 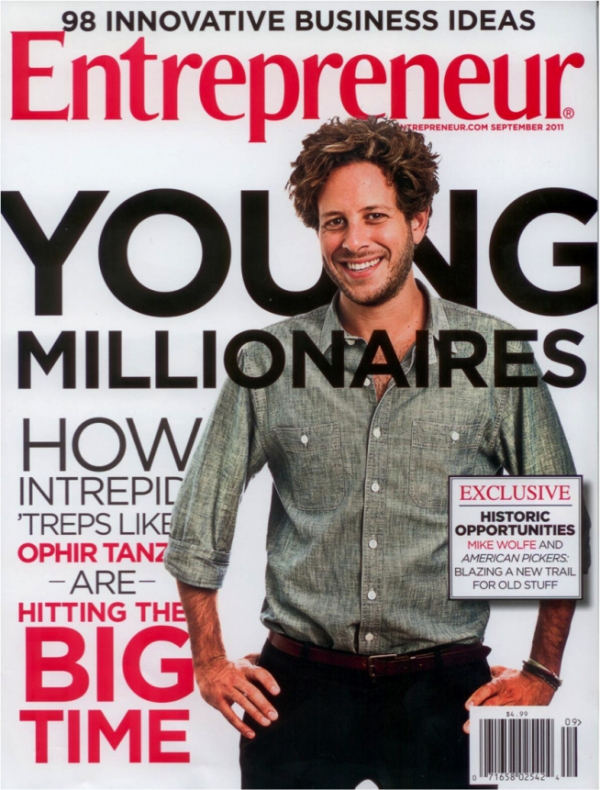 GumGum is led by founder and Los Angeles native wunderkind, Ophir Tanz. At the tender age of 15, Tanz teamed up with his friend Michael Schneider (the CEO of MobileRoadie), to create the design firm Fluidesign. He began programming courses at UCLA while in high school and went on to earn a B.S. and M.S. from Carnegie Mellon University. Tanz has been featured in Entrepreneur Magazine “Young Millionaires of 2011 Special Report.” GumGum is not the first startup for Tanz, it is his fifth — but it is his most important contribution to date.

You may remember the early version of GumGum from its innovative attempt to restructure the antiquated digital image licencing model (based on traditional print) into a new economic pay-per-use image-licensing model. The old media companies were resistant to change. After Tanz had sold his pre-Instagram photo-sharing app called MoJungle, he was intrigued with notion of bringing advertising to photos, and had no idea if it was even possible. He decided to pivot.

“Advertising is approaching $50 billion dollars online, whereas licensing is maybe $1 billion on a good day,” said Tanz. “It felt like a smaller opportunity. We had just raised a few million dollars at that point so we needed to build something bigger.”

Much bigger. Early on GumGum began to experiment with overlaying rich media ads through Flash with photos until technology progressed and they moved over to Javascript. Perhaps one of the reasons it took 20 years for the commercial web to monetize images is because matching images with content is a very difficult. GumGum hired an impressive team of statisticians, PhDs and image scientists to create the first image recognition technology that matches advertising to content (photos) and that can drill down to target keywords.

“Image recognition at scale is one of the hardest computer science problems to solve,” said Tanz. “I think that is why this is the last unit to be monetized, because it is so hard to figure out.” The technology is a work in progress that continues to evolve.

Tanz believes that the reason they have raised $10.8 million dollars from some of the biggest funds (First Round Capital, NEA and GRP) is precisely because they solved such a huge problem. There are trillions of photos online and nothing interesting has been done with the inventory — until now.

Matching ads to content is what they do. They have built proprietary ad serving, video serving and image recognition technology, complete with patents, and invented in-image advertising. Though competitors have sprung up, Tanz welcomes the competition to help define the market.

GumGum has two clients, the ad agencies/brands and the publishers. They curate many of the publishers they work with through an invitation process. They have 15 channels of categories with publishers like Alloy Digital, U.S. News, Gannett, and Tribune. 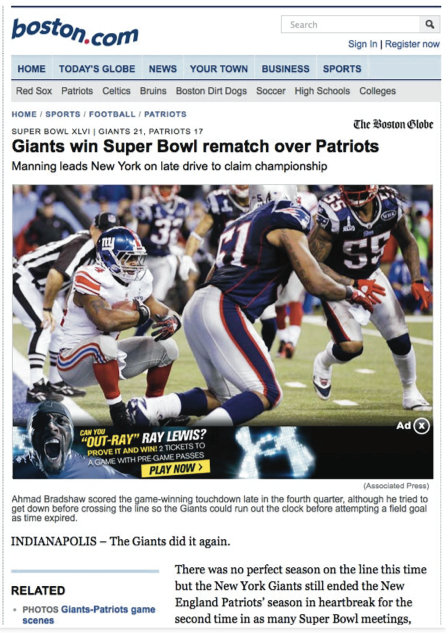 “We are very focused on the esthetic of the campaign,” said Tanz, whose love of design is prevalent throughout his company from the art on the walls of his office, to the team of creatives he hired.

“Some other image providers are more static and their ads appear to float,” said Tanz. “One of the things that is unique to our technology is that it scales to fit the image size.” Their creative and animation is not only beautiful and elegant, it is included in the cost of the CPM for placing media for free. The ads do not overwhelm the photo, but compliment it based on context.

Once the ad is clicked, there are options for the advertiser, including a pop-out video lightbox that can play video, as well as link to social media profiles, websites and other content. Creating very natural and appealing social engagement opportunity, as well as video without the television network costs. Their analytics drill down the CTR and other actions. Engagement rate is at 0.5% CTR versus the average 0.08%.

All of the impressions are viewable, above the fold and the inventory is premium. They are selective in which photos are served and how many times. They can match ad buy keywords with photos based on semantics in the text, metadata, and the file name of the photos.  Mobile accounts for 25% of their traffic. They take brand safety seriously with a variety of protection mechanisms from blocking keywords and user-generated content, to manual image spot-checking and optional 3rd party verification programs. 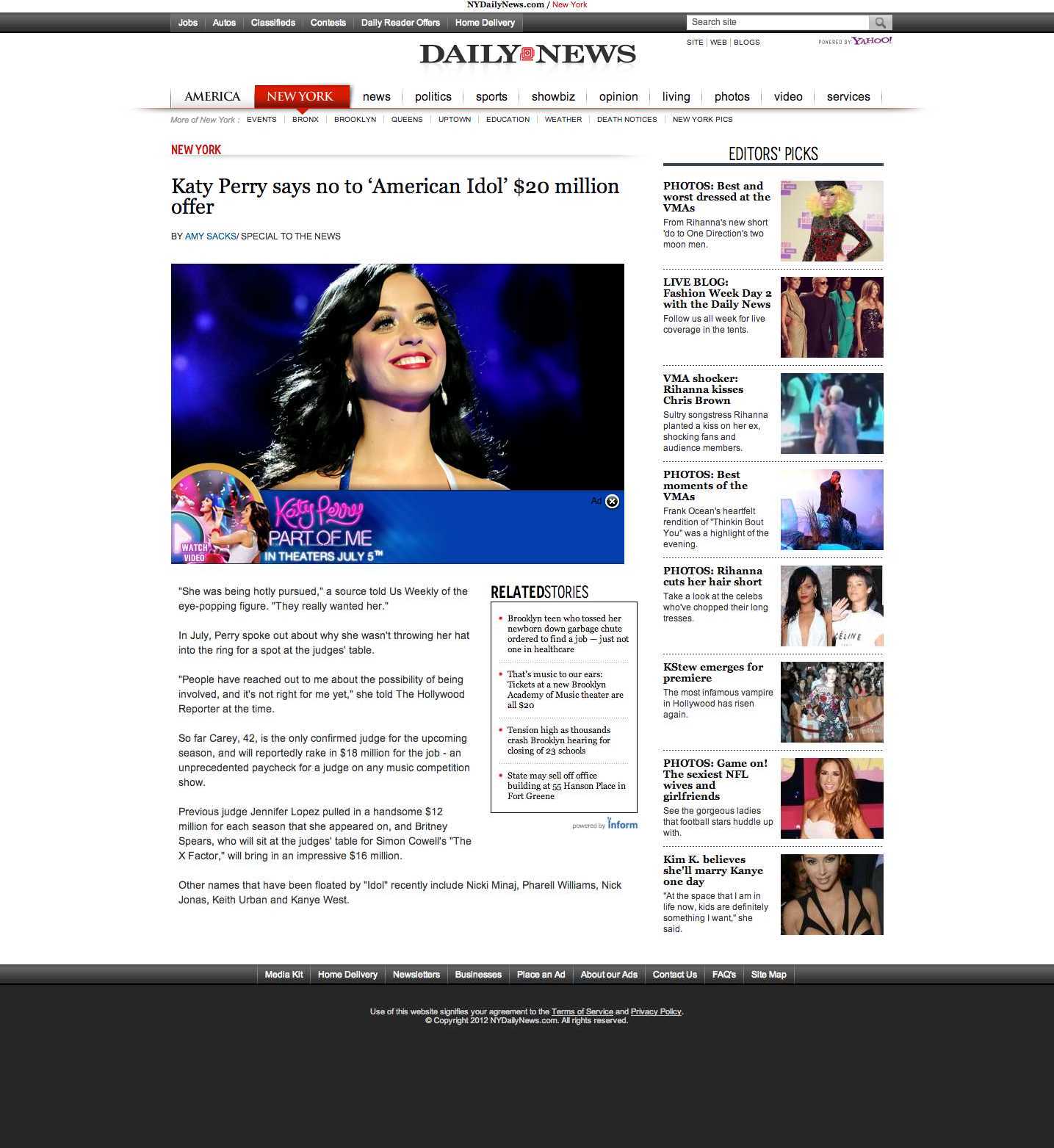 Buys can happen on a keyword level or a channel category. For example, to promote Katy Perry’s new film, the agency might buy out all of the images of Katy Perry, as well as the entertainment channel that might not feature the keyword Katy Perry but would display contextually relevant images.

Big events can benefit from in-image advertising. Take the Oscars for example, users will be searching for information on the Oscars before and after the main event. Buying Google keywords will be popular and expensive. Buying commercial time during the broadcast would be even more expensive. Targeting images and adding video content is a nice premium alternative to the traditional buys that are extremely competitive.

What started as a tech company is gaining ground as a media company. GumGum HQ is tucked away on 4th Street in Santa Monica in a hipster building (that holds other notable startups), and like its young founder, Ophir Tanz, feels warm and inviting. Though Tanz has accomplished much at a young age, he is humble and embedded in the local tech community as a mentor to other startups. GumGum is up for DigiDay’s “Monetization Technology for a Publisher” award, and has recently expanded with offices in San Francisco, Chicago, Detroit and New York. They continue to create new revenue streams including licensing their technology, and big partnership announcements are expected soon.