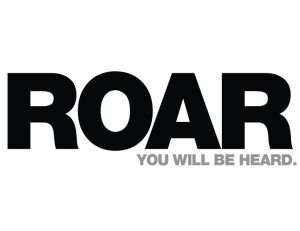 Sometimes the companies with the biggest social good impact, move in a humble motion, creating waves of excellence.  This is what I noticed when I stumbled upon ROAR.pro.  As a start-up mobile app development company, ROAR focuses on the non-profit and church verticals.  ROAR is an integration partner of Appcelerator, and they build native cross platform apps on Titanium.  Last year alone, this small company pushed out an enormous amount of mobile apps, to the tune of 600+.   This number is made up of both their standard apps and custom apps! What may be most impressive is the overall attitude of this company.  Matt McKee (CEO) explains that ROAR was created to, “make a difference in our culture, our communities, and the world at large.”  One way they do this by bringing cutting edge technology to churches and non-profits at a price that fits into almost any non-profits limited budgets.  ROAR.pro does not only focus on mobile apps they also provide social media marketing strategy for companies and events.  For example, ROAR.pro is driving the social media strategist for the Orange Event that is taking place April 24th – 25th in Atlanta Georgia.

ROAR’s vision for their mobile app solution is to keep adding new features that will benefit the non-profit and church.  Currently, ROAR is adding it two new premium features.  The first is a partnership with WeLink that will add a social community in their apps.  The second is a partnership with Blue Pay to add charitable donation to their mobile solutions.  It does not stop their, Matt has big plans, which include a recent joint partnership between Appcelerator and ROAR to form a company called ChariTi, and if all goes right with future funding, Matt has his eyes on a couple acquisition targets.  Matt’s fascination with lions is the inspiration for his company’s name!  ROAR.pro is a small but mighty mobile development shop with a heart of gold.  It’s refreshing to a company like this succeed!  I was able to sit down with Matt McKee and as him a few questions.

What inspired you to start ROAR?

The first iPhone had a lot to do with it and so did SXSW. I was running apps on the iPhone before the App Store opened up and I saw a great potential. I also thought that non-profits and churches needed to be leveraging technology that was launching at SXSW. I’ve always had the question, How do you leverage technology for good?  The answer so far is ROAR.

What makes you most excited about mobile technology?

The ability to spread a message and the mass adoption of mobile. Those two things combined means that we have the opportunity to help the most people.

How do you feel your service positively effects the community most?

Our service is all about clear communication in this mobile jungle we call home. We want non-profits to ROAR and therefore be heard. When we can bring awareness to the problems that non-profits are solving then I believe we win.

What is ahead for your in the near term and long term?

We believe that non-profits need 3 things when it comes to mobile. They need to communicate information, create community, and cultivate giving. We will always strive to help them in these three areas in the near and long term.

Any advice for young entrepreneurs?

Do the one thing you love that will solve a problem for a community that you couldn’t live without. Then it doesn’t matter how much money you make. That said, when done unselfishly, then that community will return the favor.

What about life makes you the most excited?

My personal tag line is just another guy trying to make a difference. It is in those moments that I see a glimpse of people being helped or making a difference that gets me the most excited.

Nathan Chandra, Co-Founder and Chief Hustler of WeLink, is an entrepreneur at heart and thrives off ideas. He is a shameless promoter and has successfully helped start companies in the music, legal and technology industries. Being a smooth operator gives Nathan a slick demeanor, but don't be fooled; his business brain is always in gear. In a past lifetime, Nathan wrote and performed on Jon B's platinum selling "Cool Relax" album alongside 2Pac and Babyface. While rocking shows throughout the world, Nathan was dubbed Mr. Cool Pants during a sold out concert in London. Mary J brought him on stage and the jumbotron showed Nathan doing what is now known as "the cool pants dance". The crowd went into a hysteria! Nathan's man cave is filled with pictures from this night and unmentionables that were thrown on stage. If you ever meet Nathan, don't ask him to do the dance. We made the mistake of doing this and we've been love sick ever since.