That’s right Startup Angelinos!  If you thought that the startup community here was starting to pick up, well its about to get a boost from The Startup Foundation. Startup Weekend, a global grassroots network of entrepreneurs and leaders, announced an initiative in partnership with the Ewing Marion Kauffman Foundation that will lead to the creation of vibrant startup communities in cities across the nation. Called the Startup Foundation, the program is a grassroots initiative that helps cities build and establish ecosystems that will support more high-growth entrepreneurs, startups, and ultimately, jobs.

“We know from our experiences with local Startup Weekends that entrepreneurship is best supported at the grassroots level,” said Marc Nager, CEO of Startup Weekend. “The Startup Foundation will ensure that community leaders across the country have a sustainable platform for which to effect real change within their local communities.” 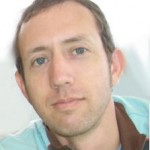 Paulo, Brazil.  Over the next year At least 10 additional cities are expected to join the Startup Foundation.

So who is the man leading the charge for your local Los Angeles Startup Foundation.  Non-other then the formerly known “Coloftologist” Chris Dumler.  For those of you who may not be familiar with Chris, he spent the past year connecting and developing the LA startup scene by building on and offline community at Coloft, one of the most recognized hub for startup activity in Los Angeles. Always ready for a fist bump and checking out the lastest startup who needs the feedback, he will continue to build that community as the Los Angeles Co-founder of Startup Foundation.

Also, Startup Weekend named a board of directors that will oversee both Startup Weekend and Startup Foundation. The eight-person board consists of: Carl Schramm, president and CEO of the Kauffman Foundation; Steve Blank, serial entrepreneur, author and entrepreneurship lecturer at the University of California, Berkeley and Stanford University; Greg Gottesman, managing director at Madrona Venture Group;Brad Feld, co-founder of TechStars and managing director of the Foundry Group; Laura McKnight, president and CEO of the Greater Kansas City Community Foundation; and Nick Seguin, manager of entrepreneurship at the Kauffman Foundation.

For more information about the Startup Foundation, to get involved or to contribute to ongoing initiatives checkout www.StartupFDN.org