Chances are you are curious about drones, if you don’t have one already. Or you have seen them in the air at concerts, sporting events, on the freeway; anywhere is possible. Drones give everyone the ability to become a master aerial cinematographer from the comfort of the ground. They are hot hot hot, and have been known to bring out the inner nerd in everyone. Companies that have invested in drone technology has seen stock prices climb quickly with no signs of slowing. According to a recent report by Fairfax, VA-based aerospace and defense market research firm Teal Group Inc., some $6.4 billion is being spent each year on drone technology development for both personal and professional use. That amount is likely to double in the next 10 years or so.

In addition to their military uses, drones offer a wide variety of personal and professional applications. Amazon, for example, is famously testing drone delivery. Affordability and new applications for personal quadcopters has increased their popularity. With more and more drones hitting the market each day, we have put together a list some of the current top-selling drones. 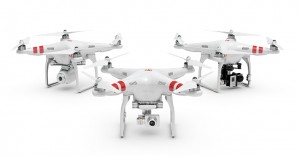 The DJI Phantom series is always at the top of the drone list, and seems to be the best offering on the market for the average consumer. It’s easy, reliable, and powerful. It is also really stable, offering responsive flying that is crucial for rookie drone pilots. If you are purchasing your first drone, this is probably the best one for you. Hailed as the “icons of the drone era.”

The small, four-propeller helicopters are favored by the likes of Martha Stewart, Jamie Foxx, and Steve Wozniak, are remain popular for capturing aerial footage. The DJI Phantom is considered responsible for “bringing drones to the masses.” Depending on what model you get the DJI Phantom 3 Professional retails for around $1,300 USD and the Standard starts at $799 USD. Easy to control with lots of safety features, the drone includes extended battery life and a high-quality camera. It’s considered a must for amateur aerial photographers and videographers. 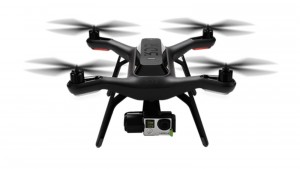 The drone with the best implementation of cutting-edge autonomous flight is the 3DR Solo from 3D Robotics. The 3DR Solo does not come with a camera, however it’s still widely regarded as one of the best quadcopters for aerial photography and videography. Its 3-axis gimbal is “fully capable” of controlling the corresponding GoPro camera, as it stabilizes the camera within 0.1 degrees of pointing accuracy. The gimbal also provides the camera with power so it doesn’t die as you’re capturing a stunning aerial shot and retails for around $1,299.27 USD.

The Solo is equipped with some of the newest processors and programs. Stocked with two twin 1GHz processors that run Linux. The Solo also include one lithium ion battery which will give this drone about a 20 minutes fly time without payload attached, 15 minutes with a payload. Max speed is about 55 miles per hour. Max height is to FAA regulation at 400 feet and the drone weighs a mere 3.3 pounds with out a GoPro. 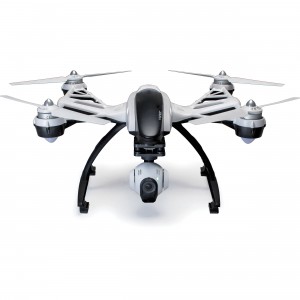 The Yuneec Typhoon is another great drone on the market. With the Typhoon, you get a durable case and some really great accessories thrown in at no extra charge. The remote for the Typhoon, has its own screen, which allows you to fly for an afternoon without worrying about burning out your phone’s battery. It also gives you great, clear, and brightly colored images, which is always a big plus. The Typhoon sold so well in markets that Yuneec is making a 4k version. Equipped with a built-in 4K camera, it retails for about $1,299.99 USD.

The Blade Chroma is similar to the Typhoon drone with a few minor modifications. It is not quite as simple to use as the Typhoon but has the same great 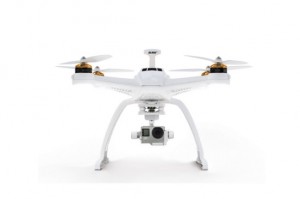 remote with a built-in screen and offers built-in smart features like “follow me” and “watch me” with the same ease of use as the Typhoon. However, the Blade Chroma is not for beginners, as the takeoff process takes some experience and strategy. The Chroma was designed for the advanced drone user. Someone who has had experience with flying drones and know how they work, it retails starting at $699 USD. 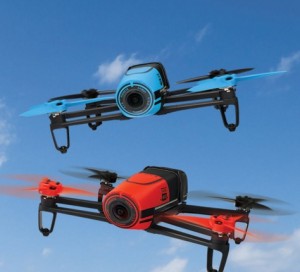 The Parrot® Bebop is not only a great size, but it also comes at an affordable, great price. Retailed around $500 USD, this drone has everything a beginner needs. The drone has a built-in camera that can be synched up with any Bluetooth phone. You get controlling capabilities through the mobile app and a dedicated remote to boot. This drone relies heavily on a mobile phone or iPad.

Once you have selected your drone, you might want to brush up on the accessories that go with it. Start with necessity and work your way up to the more pricey feature-rich options. From extra remotes, lanyards and harnesses, to customizable decals and paint jobs; nothing is off limits when it comes to drones.

Here are some of the best drone accessories for beginners:

Drones do not necessarily have standard accessories, be sure to check for compatibility with yours first. Also, installing the wrong accessory can void a warranty. With gift-giving season around the corner, you will be sure to find a drone to match the inner nerd in just about everyone.