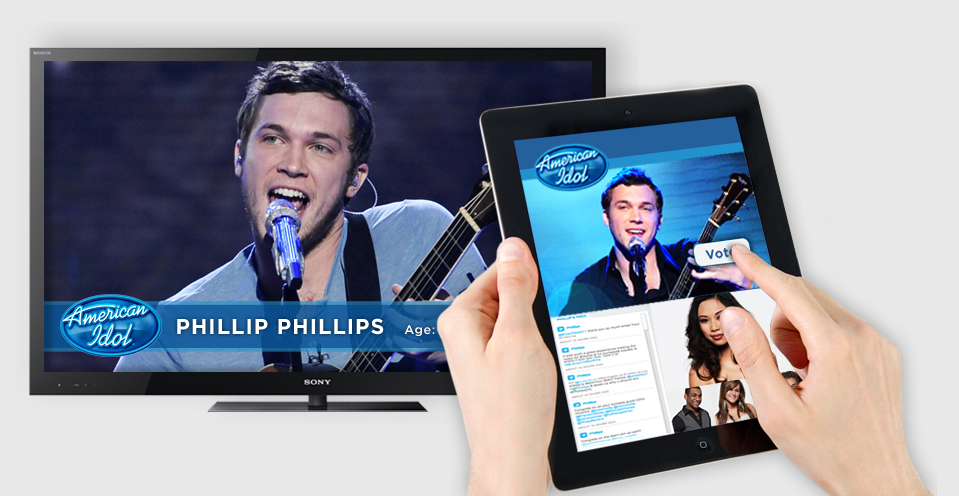 TVSync’s parent company Vobile, has provided fingerprint protection technology to most major movie studios and TV networks since 2005. Their VDNA technology helps protect and manage content rights for works that may be pirated and uploaded illegally by automatically identifying that content, tracking it and taking it down. Utilizing this same core technology, TVSync has developed automatic content recognition (ACR) software that can be accessed in seconds by video and/or audio using the camera and/or mic from a mobile device. The platform allows users to sync content and commands across all four screens — the smartphone, tablet/pad, computer and TV. And…they have opened up their API for all of you clever developers to create the amazing interactive second screen apps of the future.

What does that mean? Remember Shazam, the music discovery app that instantly recognizes the song you are listening to? It’s like that, except better because TVSync recognizes not only audio like Shazam, but also video by simply pointing a camera at the screen. The content is instantly identified. It can timestamp, save, record, tag, and stream live content. Developers can take the program information and integrate it

into the app they are creating to offer interactive features. The open API gives developers access to the technology to create the next Shazam competitor or something far more interesting. TVSync is agnostic to OS systems and takes away the challenge of keeping up with proprietary system updates.

There is a true renaissance happening in entertainment today, where the distribution channels of television and cable are being disrupted and transformed quickly into new models. There was an inkling of the changes to be when interactive TV services like NetFlix, Hulu and On Demand debuted as frenemies to traditional TV viewing. At first the big shakeup was the option to watch what you wanted, when you wanted it. Viewers were liberated to choice, no longer at the mercy of television schedules and DVRs. Soon viewers didn’t need a TV, they could watch on their computer (lean forward), and eventually their phone. As media morphed into individually packaged pieces of content across platforms, viewing media on the couch (lean back) quickly became the old model. The new model includes viewing content — but adds interactivity, multiple screens, personalization, social networking, cloud streaming and mobility.

What does that mean? Even more choices. It means disruption to many industries attached to TV watching and content distribution. It means there are new options for watching and interacting with content on multiple screens in multiple locations. It means that while watching one screen, users will have a mobile second screen app open for deeper engagement with the content they are watching. 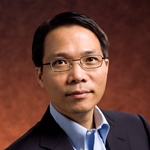 Headquartered in Silicon Valley in Santa Clara, Yangbin Wan, the CEO of TVSync (and parent company Vobile) does business globally, with offices in China, Japan and Singapore. He says what is happening in Asia is that major TV manufacturers are creating Internet-ready SmartTV’s layered with the Android operating system and ACR enabled chipsets that automatically track consumer viewing and serve up recommendations.

He reminded me that not that long ago there was a convergence debate about the “lean forward” and “lean back” theory that predicted a battle between traditional television and the PC.

“Interestingly enough, the convergence never happened they way the industry predicted one way or the other,” said Wan. “Today with the computer software, 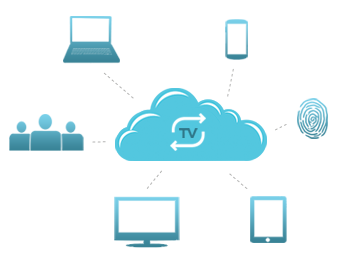 cloud processing power and storage —essentially we are in a convergence world not with less devices, there are actually more. [You have four screens] that are synchronized and have access to the same data. The cloud removes the operating system compatibility issues for devices in a way,” said Wan.

Wan says the cloud does not account for the service provider disconnect between devices that can plague app developers and create extra steps for the user. He says TVSync solves this problem. Once the content is recognized, relevant interactive experiences can be given to the user from targeted ads, to real time exchanges, transmedia content, social media feeds and retail opportunities. The open API platform is scalable, and apps are charged a usage fee, similar to a cell phone bill.

“I think we are coming to a world with enormous amounts of content available on demand. I think it is essential to give the user a more personalized experience. Without identifying the content, the model cannot be built,” said Wan.

TVSync is not alone in developing ACR. Companies like Flingo, Shazam Yahoo, Coincident.TV, Google and Nielsen are all developing their own coding protocals for ACR. The race to establish the standard is on. Hyper contextualized advertising and granular measurements (like AdSense is to the web) will be established for TV.

According to Wan, globally the smartphone and mobile devices (iPads/Tablets) have surpassed the PC as the main device. The potential market is enormous, if not inevitable. Giant leaps of innovation are occurring in this space that will completely transform the user experience forever. Then he said something that gave me an epiphany…

Wan said, “We are now firmly in the post-PC era.”