You Give Gov a Bad Name | Mechanisms to Allow Experimentation 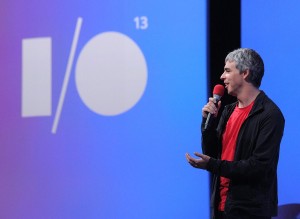 With an FTC investigation in the rearview mirror, it’s no surprise that Google’s Larry Page took a few potshots at government regulators and their inability to keep up with the dynamism of the tech sector during the company’s recent I/O event.

The question is, were his criticisms valid? And the answer, as anyone with a passing knowledge of how that beast known as bureaucracy routinely punishes innovation knows, is a resounding yes.

Consider, for example, CALinnovates’ member company SideCar, whose business model is regulated by turn-of-the-century laws. Seriously. Regs placed on the books when no one could have fathomed mobile applications would even exist, let alone disrupt the world of… well, anything… are hamstringing a company that encourages people to carpool.

If hopelessly outdated laws are creating regulatory uncertainty for companies like SideCar, it’s easy to imagine the constant migraines Page constantly nurses as head of Google. While the tech giant has certainly earned its fair share of government scrutiny over the years, there’s no denying they’re one of the most innovative companies in the world. And that innovation, that eagerness to push the boundaries, often hits the roadblock of slow-moving regulators.

As Page told the audience at I/O, “There are many exciting, important things that we can do that we can’t do because they’re illegal and they’re not allowed by regulation.” For tech enthusiasts, such words inspire visions of Jetsons-like secrets locked away in a lab behind a wall of red tape that could likely never see the light of day.

No one argues that regulations are unnecessary. But everyone should be able to agree that the current speed at which regulations evolve is laughable at best, potentially disastrous at worst. Technology simply moves too quickly for the old ways of thinking. That’s why Page called for “mechanisms to allow experimentation,” an interesting and meritorious hypothesis that would allow technologists to run beta tests prior to the need to navigate the regulatory obstacle course. Allowing these test trials, he told the crowd, would allow the kinks to be worked out while assuring consumer safety and privacy.

Page’s thoughts could easily apply to companies like SideCar, or to any number of mobile payment startups under heavy regulatory scrutiny. We live and work in a rapidly evolving society. Ideas multiply and platforms morph seemingly overnight. History has shown that when our technology changes, we change along with it. Change isn’t always easy, but no matter the disruption, we adapt. If we’re going to keep moving forward, if companies like Google and SideCar are going to continue to thrive, we need government regulations that adapt along with us.

Technology sprints. Regulators need to keep up or work with the tech sector to find solutions. Otherwise, no one is going to reach the finish line.