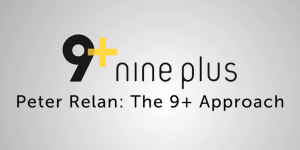 According to Relan, “Let’s change the app ecosystem and move away from the app assembly line. I invite game developers and product professionals to take what they’ve learned from building mobile games, to become founder-CEOs, and to re-imagine the way consumer apps are developed and monetized.”

Relan and his team of technology innovators at 9+ in Silicon Valley are seeking mobile games entrepreneurs with a strong passion for starting their own venture. The program scales the successful YouWeb approach offering 9 months of mentorship and support including $110,000 of investment to bring their game-developing skills to build a new era of consumer apps, big data and wearable computing.

The 9+ incubator has  already closed $2 million in funding and has already attracted gaming entrepreneurs eager to create a new breed of mobile services including gaming entrepreneur Jason Citron who developed the early iPhone hit Aurora Feint and the hugely popular OpenFeint platform.

According to Relan the increasing consolidation in the games space, many great developers and product managers are leaving games companies to seek out new opportunities or start new businesses.  9+ recognizes that gaming professionals are especially well positioned for other verticals in mobile and beyond and wants them to apply to 9+ where their skill set is recognized.

The incubator also believes game developers are suited for this challenge because of their experience in managing a user acquisition funnel for user growth, often called “growth hacking”.  Mobile games entrepreneurs are well versed in how to take advantage of new platforms like mobile app stores and social factors, skills very applicable to consumer services and, in the future, big data and wearable computing startups.”

9+ adds that game developers know Engagement and Monetization focus through big data and analytics in freemium products.  Freemium  models are dominating the app stores, and mobile game entrepreneurs have years of experience in how to use data and analytics to engage and monetize users in this new model for all consumer services.

The Rise of the “Lean Startup Game Developer” is another factor why 9+ believes game developers are good at consumer apps. They have fought and won battles with much larger organizations so they come equipped with the skills to compete efficiently. These entrepreneurs also have strong working knowledge  of third party tools and services available to accelerate product development and reduce cash requirements when running a startup.

This move by Relan urging game developers to quit game developing for mobile apps is unexpected as Relan himself ran an incubator YouWeb, which created hugely successful game companies CrowdStar, iSwifter, Agawi and OpenKitwants since 2008.

However, Relan says he is sure what he is up to.

Relan told TechZulu, “I’m envisioning three outcomes: Some gaming entrepreneurs will stick to gaming because they love it. I’m cool with that. Some will heed my call to move out of gaming into other creative and fun consumer services. And last but not least: some will move to wearable games, because the next inflection point for gaming will be wearable computers. So overall 2/3rd of gaming entrepreneurs will still be doing gaming.

Relan’s goal is not to find developers and hackers to build features, but to help create founder-CEOs who build meaningful companies. 9+ will choose up to 12 companies per class, twice a year, focusing on all direct-to-consumer and viral B2B products and services in mobile computing, tablet computing, big data, infrastructure platforms, and wearable computing.

The companies selected will receive $30,000 in cash for equity and another $80,000 as a convertible note with a $5 million valuation cap, and will get nine months of guidance that go far beyond office hours and the typical three months offered by other incubators.

“Working with Peter in his YouWeb Incubator was a blast, and very fruitful for me,” said Citron, founder-CEO of his new startup Hammer and Chisel. “Peter’s vision for his scaled YouWeb program, 9+, is right on: offering his unique insights and approach to mentorship and company building to a dozen people like me in every class twice a year.”

Applications to 9+ start with a simple application, and a video submission and all applicants by August 31st receive confidential feedback, regardless of whether the candidate is selected or not.