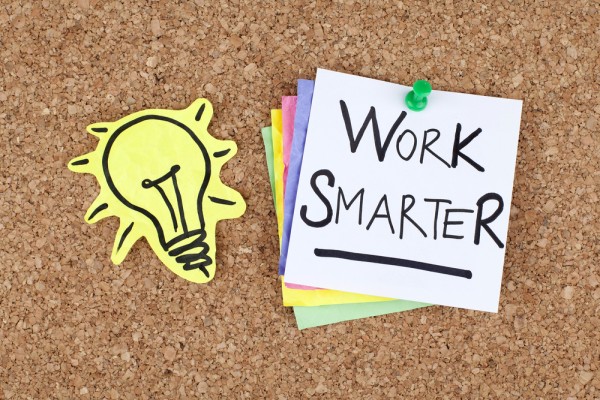 There seems to be a lot of emphasis on getting things done as quickly as possible these days. Perhaps that’s just the nature of the world we live in now. Endless information is available to us at the tap of a button or the click of a mouse. Computers are faster than ever and now can easily fit into a pocket. A whole library of music and movies are just seconds away. We even expect our online purchases to be at our doorstep within just a few days, if not sooner. We truly live in a world going at breakneck speed. This of course means greater convenience as we get more done in less time, but is it possible that all this emphasis on being faster isn’t always the best option? In the name of doing things more quickly, we may be sacrificing efficiency in the long run. While this may strike some as a worthy tradeoff, there are many examples where being faster isn’t always better. Efficiency may be the value we prize the most in the future, and various trends seem to be pointing in that direction.

Getting Faster and More Powerful

Again, it seems to be fairly common knowledge that computers are getting faster and more powerful. A list of the 500 most powerful supercomputers (called the Top500) shows this, but an interesting development has slowly evolved over the last few years. Yes, computers are getting faster, but the countries building them — including the United States, China, Germany, and more — have begun stressing the importance of making these supercomputers more efficient. The compilers of the Top500 list have noted that the pace for growth among supercomputers has fallen off in recent years. This doesn’t mean that scientists are unable to build more powerful computers, but rather that they understand that focusing on being energy efficient is every bit as important as creating a fast machine. It may be out of environmental concerns or desire to conserve computing resources, but the clear trend is to make these computers more efficient.

This is something that cannot be stressed clearly enough. In the business world, where preferences for speed tend to reign, there is a growing realization that increased efficiency has its place. This mindset has taken a bit longer to truly take hold in part because it’s all about the bigger picture. Greater efficiency usually means lower costs. Take for example the trend of using big data analytics. Larger companies have used big data for years to analyze customers, improve their operations, and forecast future trends, but as the efficiency surrounding using analytics has improved, the cost has gone down. This has opened the door for smaller businesses to use the same technologies. In fact, this is the same trajectory that many technologies go through, from cloud computing to software defined storage to cell phones. Expensive concepts become more efficient, lowering costs and becoming available to larger audience.

Faster May Be A Detriment

In some ways, doing things faster may actually be a detriment. This is perhaps best exemplified through the simple matter of gas mileage for vehicles. While it varies based on the make and model, cars generally are most efficient when it comes to gas mileage when traveling around 55-60 mph. Go any faster than that and the efficiency gets reduced, resulting in less than optimized gas mileage. The same holds true with most businesses. Going as fast as you can go may seem like a great idea at first, but many organizations quickly realize that they’re sacrificing some aspect of cost and quality in the name of speed. Finding that point of peak efficiency, which saves on costs and resources while still delivering products and services at a good time, really should be the goal.

As the world barrels ahead at a pace that’s enough to make your head spin, it may seem all too quaint to ask for people to slow down. However, it’s advice that may end up paying dividends before too long. Going faster is an enticing option, but finding ways to be more efficient is usually the favorable choice. It’s all about finding that sustainable pace, foregoing the short-term gain for long-term success. Efficiency may not be as trendy as speed, but there’s a reason so many are realizing why it simply makes the most sense. | Images via Shutterstock